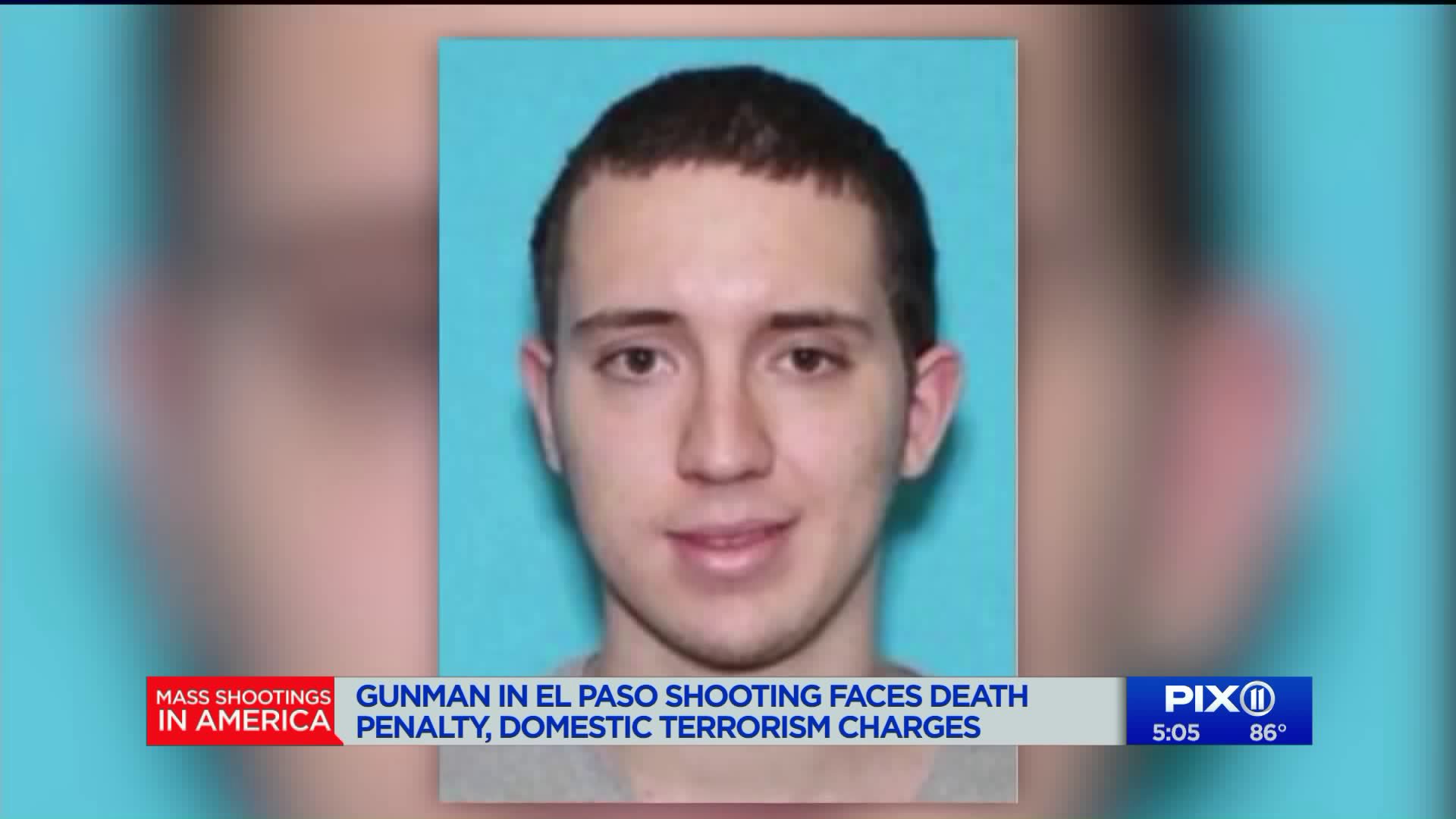 The man suspected of killing 20 people and injuring 26 others in El Paso on Saturday may face hate crime charges in addition to capital murder charges, officials said. Federal authorities are treating the shooting as a case of domestic terrorism. El Paso County District Attorney Jaime Esparza said the suspect faces capital murder charges and that his office will seek the death penalty.

The man suspected of killing 20 people and injuring 26 others in El Paso on Saturday may face hate crime charges in addition to capital murder charges, officials said.

Police say a racist, anti-immigrant document they believe was written by the 21-year-old white male suspect has a "nexus to a potential hate crime."

The four-page document posted online espouses white nationalist and racist views. It rails against immigrants and Hispanics, blaming immigrants and first-generation Americans for taking away jobs and for the blending of cultures in the US.

Federal authorities are treating the shooting as a case of domestic terrorism because the shooting "appears to be designed to intimidate a civilian population, to say the least," according to the US Attorney for the Western District of Texas, John Bash.

"We're going to do what we do to terrorists in this country, which is to deliver swift and certain justice," Bash said.

"Right now, it is a murder investigation," Buie said. "There is potential for a number of different other violations, and we're reviewing all the evidence to make a determination as to what potentially else is out there, in addition to the violations that have been stated that the local authorities are pursuing."

The suspect has been identified as Patrick Crusius of Allen, a suburb of Dallas, three sources told CNN. The suspect surrendered to police "without incident," police spokesman Sgt. Robert Gomez told reporters.

The document police believe the suspect wrote was posted on 8chan, an online messaging board full of racist, bigoted and anti-Semitic content. A CNN analysis of the document reveals it was posted less than 20 minutes before police received the first calls about the shootings.

"This is disgusting, intolerable. It's not Texan," Abbott told reporters who asked about the document. "We are going to aggressively prosecute it both as capital murder, but also as a hate crime, which is what it appears to be, without having seen all the evidence yet."

President Donald Trump called the mass shooting an "act of cowardice," and said there "are no reasons or excuses that will ever justify killing people."

In his messages on Twitter, Trump said he and the first lady sent "heartfelt thoughts and prayers to the great people of Texas."

Abbott called the shootings "one of the deadliest days in the history of Texas."