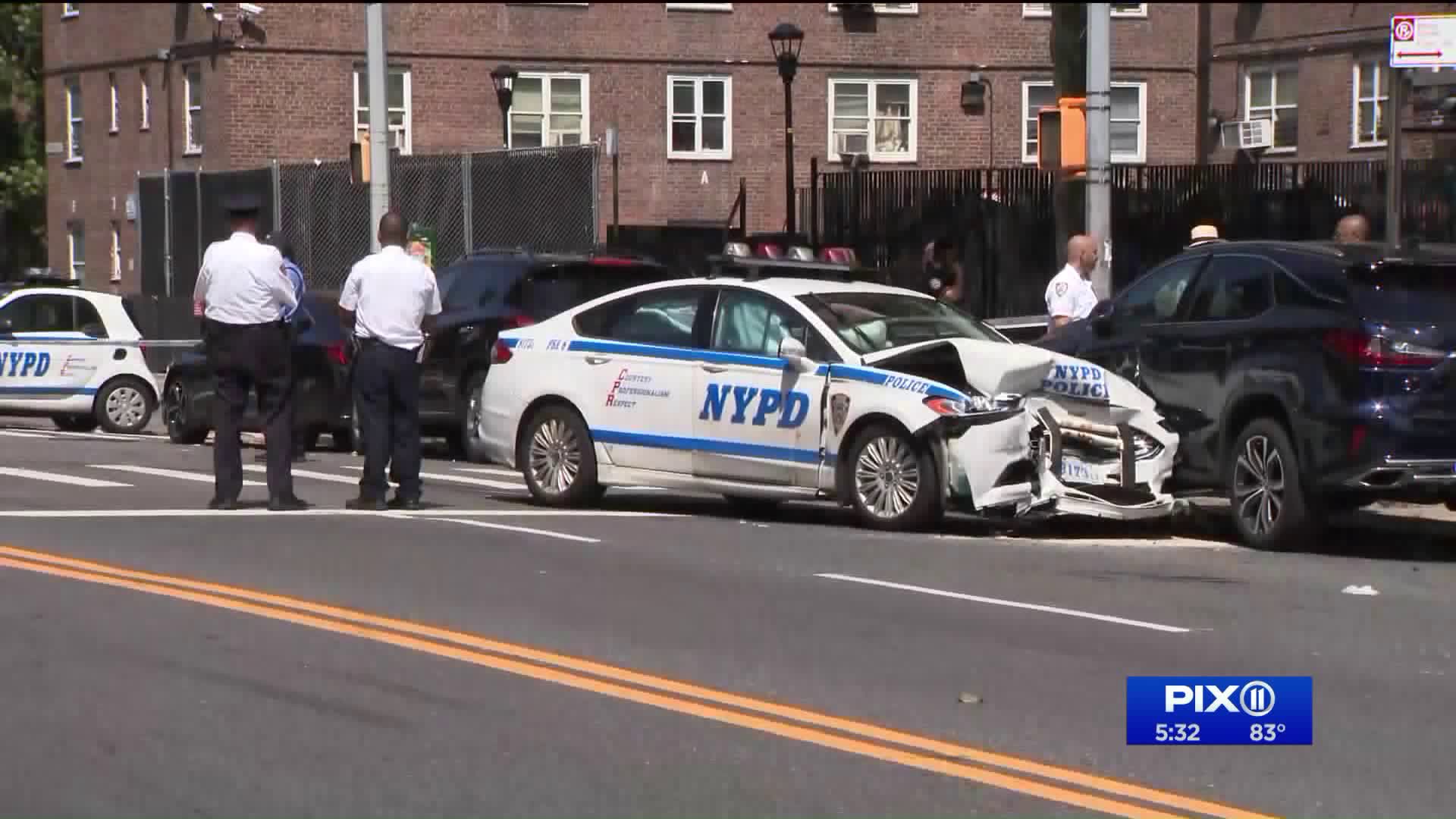 An NYPD patrol vehicle and another car collided in Harlem. Two officers were hurt. A dad and his 11-year-old son were in the other vehicle involved. They both suffered minor injuries.

HARLEM, Manhattan — Two police officers have been injured in a car collision in Harlem on Sunday.

The incident took place at 2:15 p.m. when a police car collided with a civilian car  on Frederick Douglas Boulevard and West 128th Street.

Four people were injured with one of the injuries considered "serious," according to the FDNY. A dad and his 11-year-old son were in the other vehicle involved. They both suffered minor injuries.

Two of the victims were transported to Harlem Hospital, the other two to St. Luke's.

It's not yet clear what caused the collision.