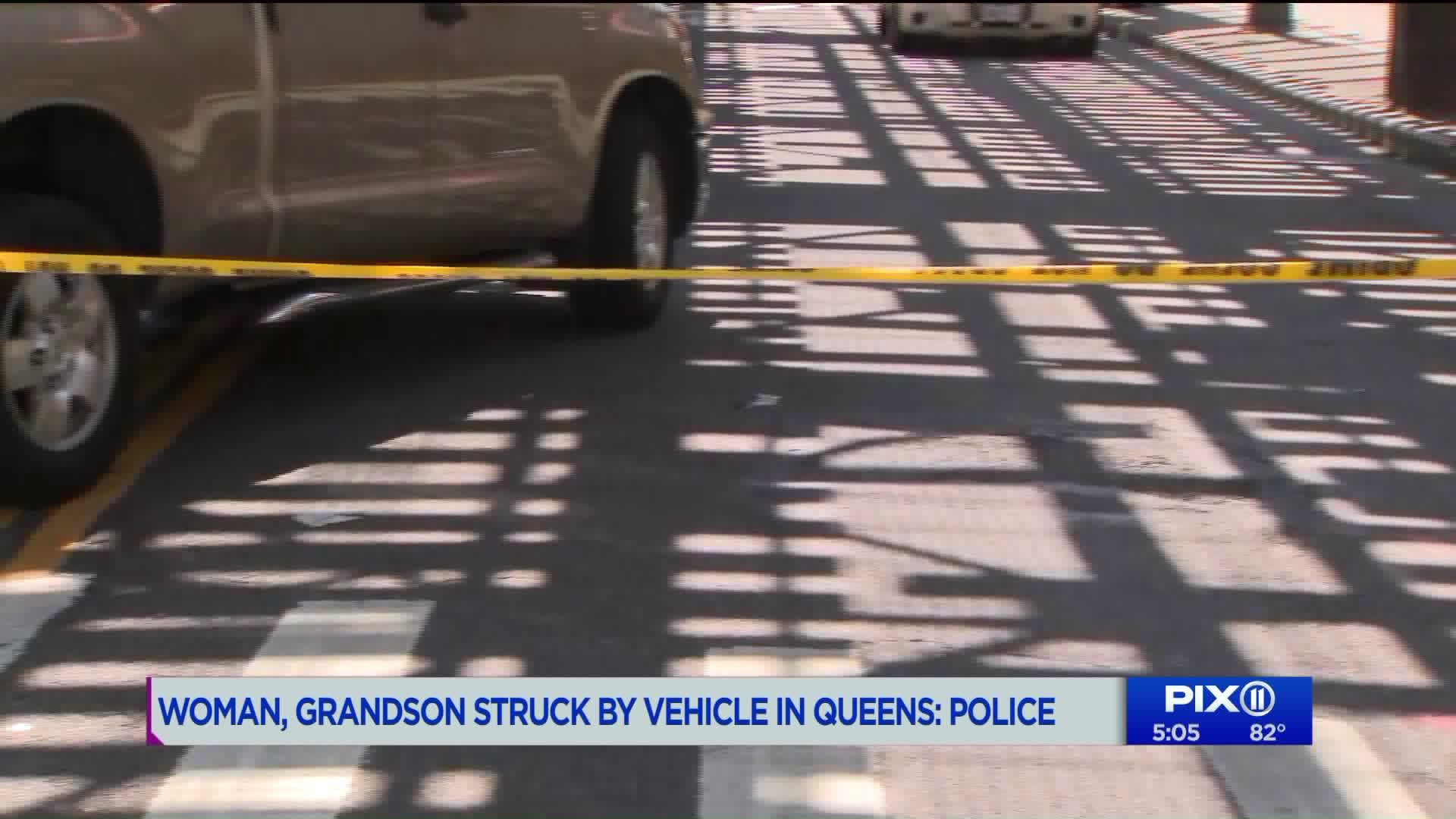 A woman and her grandson were struck by a vehicle in Queens Saturday morning, police said. Rob Hoell reports.

RICHMOND HILL, Queens — A woman and her grandson were struck by a vehicle in Queens Saturday morning, police said.

Emergency responders received of a call of pedestrians struck in the vicinity of Jamaica Avenue and 115 Street in Richmond Hill around 11:10 a.m.

When they arrived, officers found a 56-year-old woman with severe body trauma. She was taken to Jamaica Hospital for her injuries, police said. She's listed in critical condition.

The pair was crossing the street when they were struck by a vehicle making a left turn, police said.

According to a police source, the driver had the right of way, but since he was making a turn, they are looking into whether or not he was at fault.

The driver remained on scene. He was clearly distraught as he spoke told PIX 11 News, saying there was nothing he could do.

He says he had a green light and the woman and boy ran out in front of him.

Police are still investigating, they are gathering surveillance footage near the intersection.

Khalid Lachkar was working in his food truck near the intersection when he heard the commotion.

"I saw people trying to get the kid out of there.  He was scared and bleeding from the side of his face, and the woman she was stuck and they had to bring a jack to lift the pick up truck to get out."

As of now no charges have been filed against the driver.
Lachkar is praying for grandma and her grandson.

"I hope they make get better and they are okay."