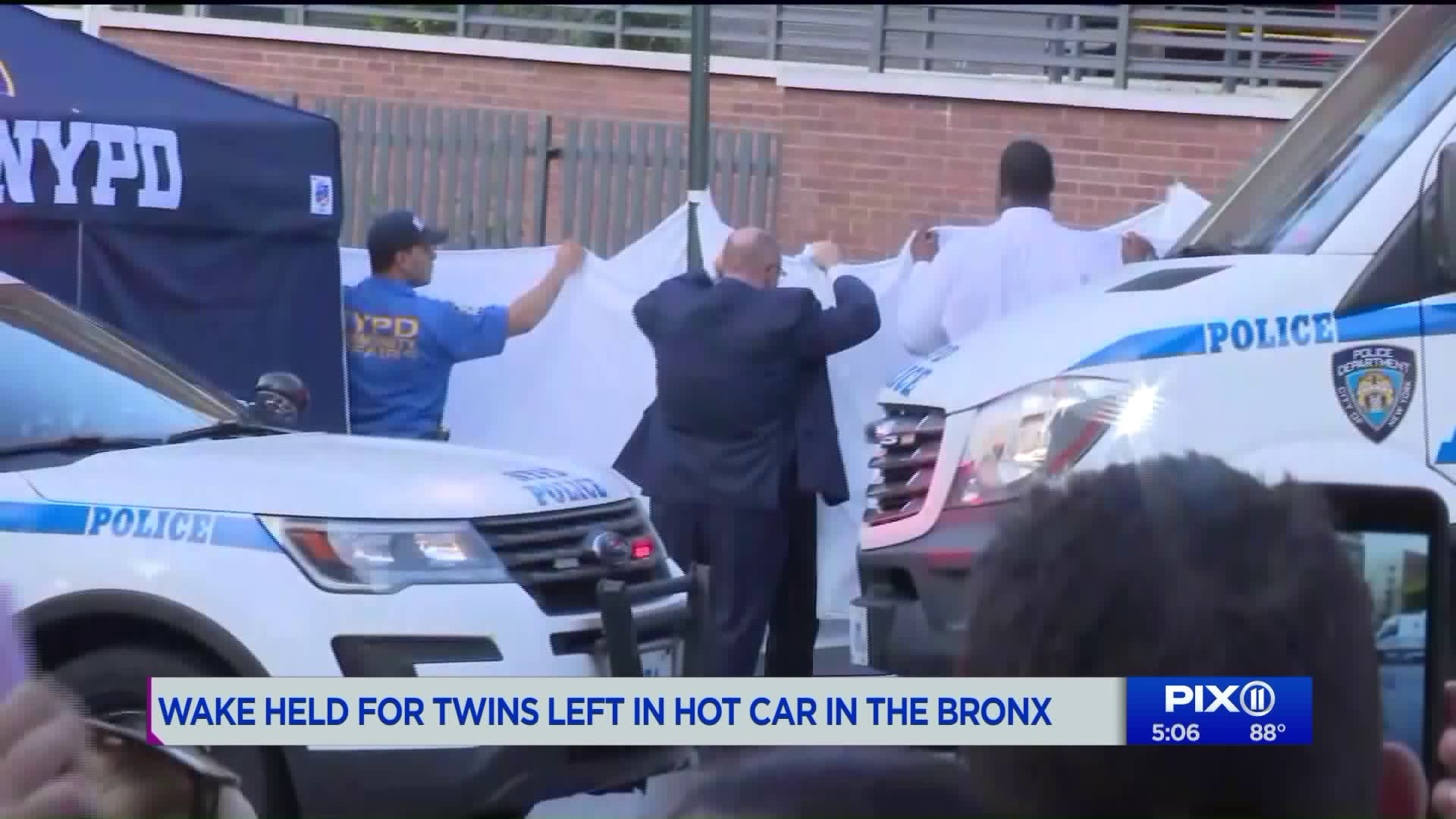 The pair was left in a hot car one week ago in the Bronx in what appears, so far, to be a horrible accident by their father Juan Rodriguez. He told authorities he thought he dropped them at daycare before work. Prosecutors have so far not brought charges.

The 39-year-old is a social worker who served in the National Guard. Several soldiers attended the wake to show their support.

The day of remembrance for the twins comes as Bronx Councilman Fernando Cabrera, who represents the area where the tragedy happened, unveiled a package of legislation.

“Sometimes it requires unfortunately an incident like this to serve as a catalyst for action and the time is now,” Cabrera said.

He wants to make child alert sensors that are already in some vehicles and car seats standard across New York City vehicles. The Councilman also wants increase fines for tinted windows so people can see if there is a crisis unfolding inside a car.

Finally, he is pledging to work with state lawmakers to make leaving a child in a car even just to run a quick errand illegal, and work with federal lawmakers on legislation as well.