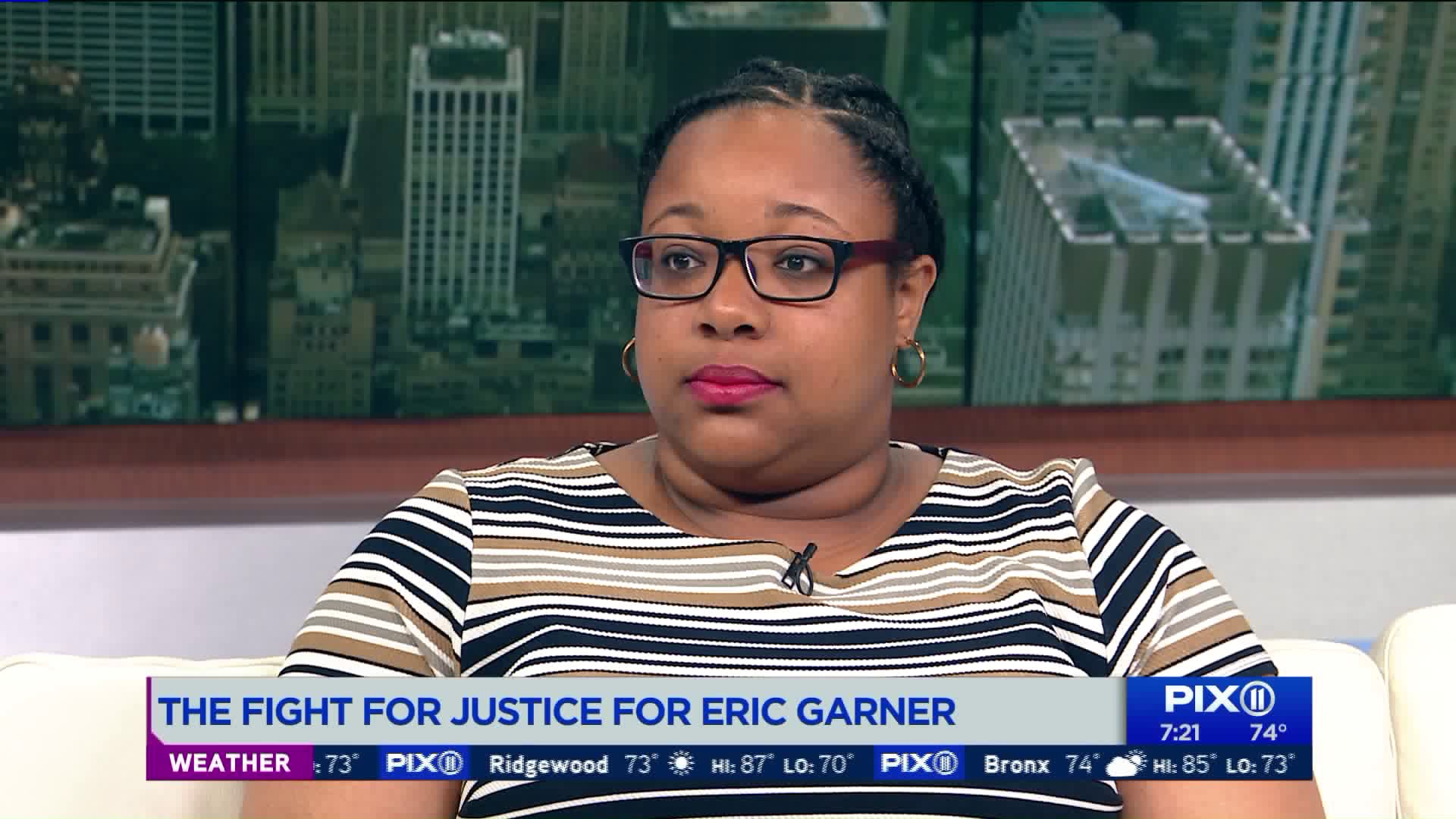 As a judge is expected to issue her recommendation on Daniel Pantaleo`s fate with the NYPD, Eric Garner`s daughter continues her the fight for justice.

NEW YORK —  As a judge is expected to issue her recommendation on Daniel Pantaleo's fate with the NYPD, Eric Garner's daughter continues her the fight for justice.

NYPD officer Pantaleo has been on desk duty since he was seen on camera wrestling Garner to the ground during an arrest in 2014.

Garner died during that arrest, and his family has been working to get justice ever since.

Leading the charge, Emerald Snipes Garner, the youngest daughter, has been pushing to get Pantaleo fired.

"We've been waiting for five years. We need to know now," she said of Pantaleo's fate.

"I'm disappointed in everyone. For them to say they don't have enough evidence, that's where the anger builds off."

During the Democratic primary debate's uproar of audience members chanting "Fire Pantaleo!" Emerald Garner said it was a good thing that his name was put out there.

When asked if Mayor Bill de Blasio should be running for president? "For me, Eric Garner is a deal breaker for everything."

Garner's daughter also warned the NYPD and Police Commissioner James O'Neill to "stay tuned because it's not going to be pretty" if Pantaleo gets to keep his job.

She is in charge of a petition, which has received more than 102,000 signatures.