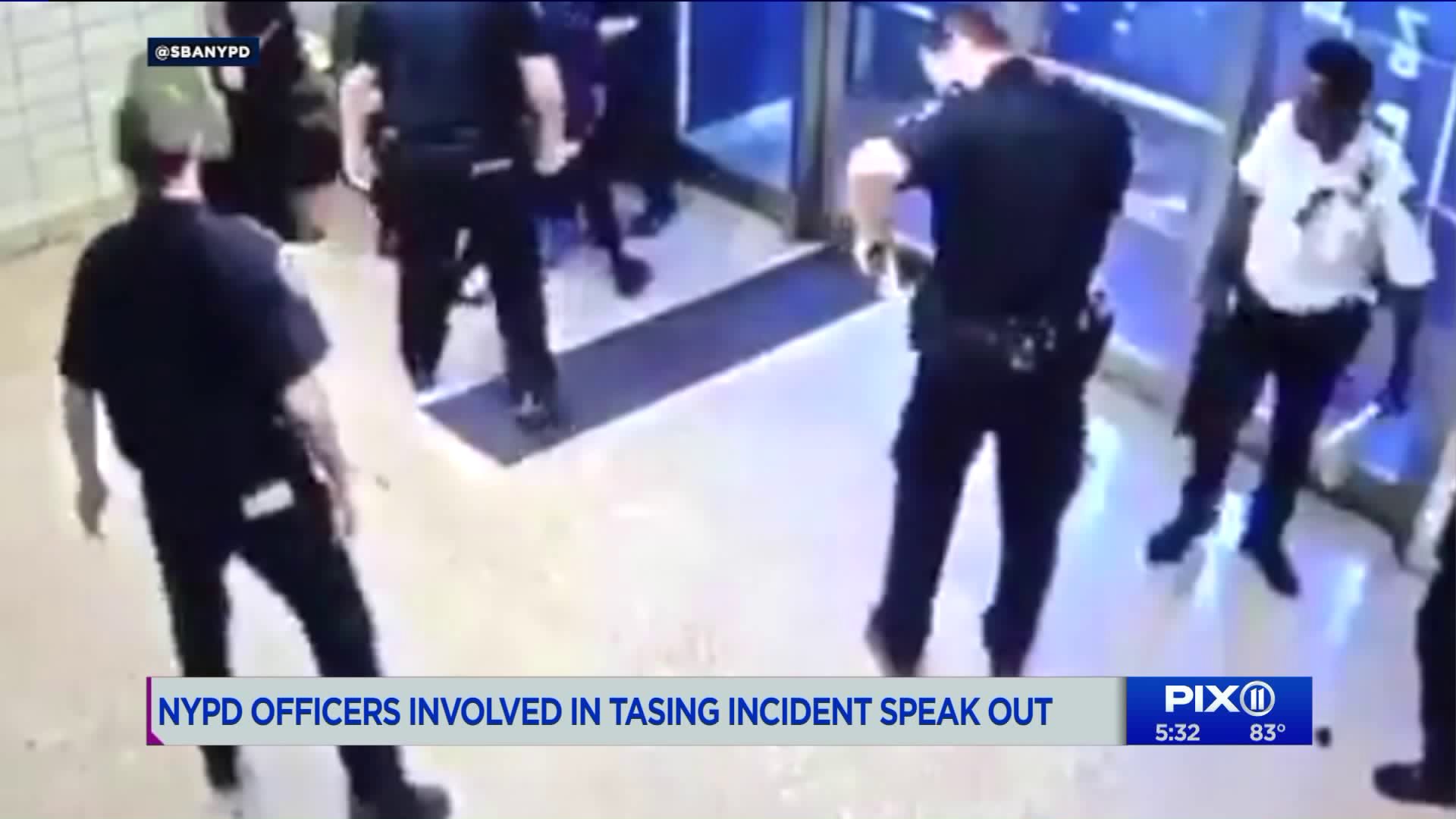 We are now hearing for the first time from the officers who were forced to tase a man after he walked into a Brooklyn stationhouse brandishing a knife.

Facing a tense situation with seconds to act, NYPD officers from the 75th precinct dealt with a man who brought a knife to their station as best they could and it was all caught on video.

There's no way to prepare for something like this. One minute, the officers are going through their normal routine, the next they look up and see a man with a knife.

The man apparently had nothing to lose as he walked into the precinct.

“We said put the knife down but he didn’t move, he stood there stationary,” said Lt. Burt Antoine.

Police believe 26 year Starlyn Tineo wanted to die at the hands of officers as he came in. Shocking surveillance video shows him holding the knife at his left side, shaking it back and forth right in front of bystanders waiting in the precinct vestibule.

"It's very quick, intense, you don't know what you're running into," Lt. Burt said.

Burt responded, he and the other officers pulling guns.

"I gave them the order to tase and took him into custody," he said.

In a split second, the decision turned the tables on something that could've ended a very different way.

"I'm very proud of their heroic actions and that it ended the way it did, which was safe and sound." said Deputy Inspector John Mastronardi. "Everyone got the help that they need."

"Nothing is routine, but this one shocked me," he added. Mastronardi is a 20-year veteran of the force.

Tineo has a history of violence, arrested several times for assault. It's still unclear what drove him to this but the officers involved leaned on their training to get them through this.

“We've been acclimated to handle these better now than we have ever been," said Mastronardi. "I’m glad it a different route.”