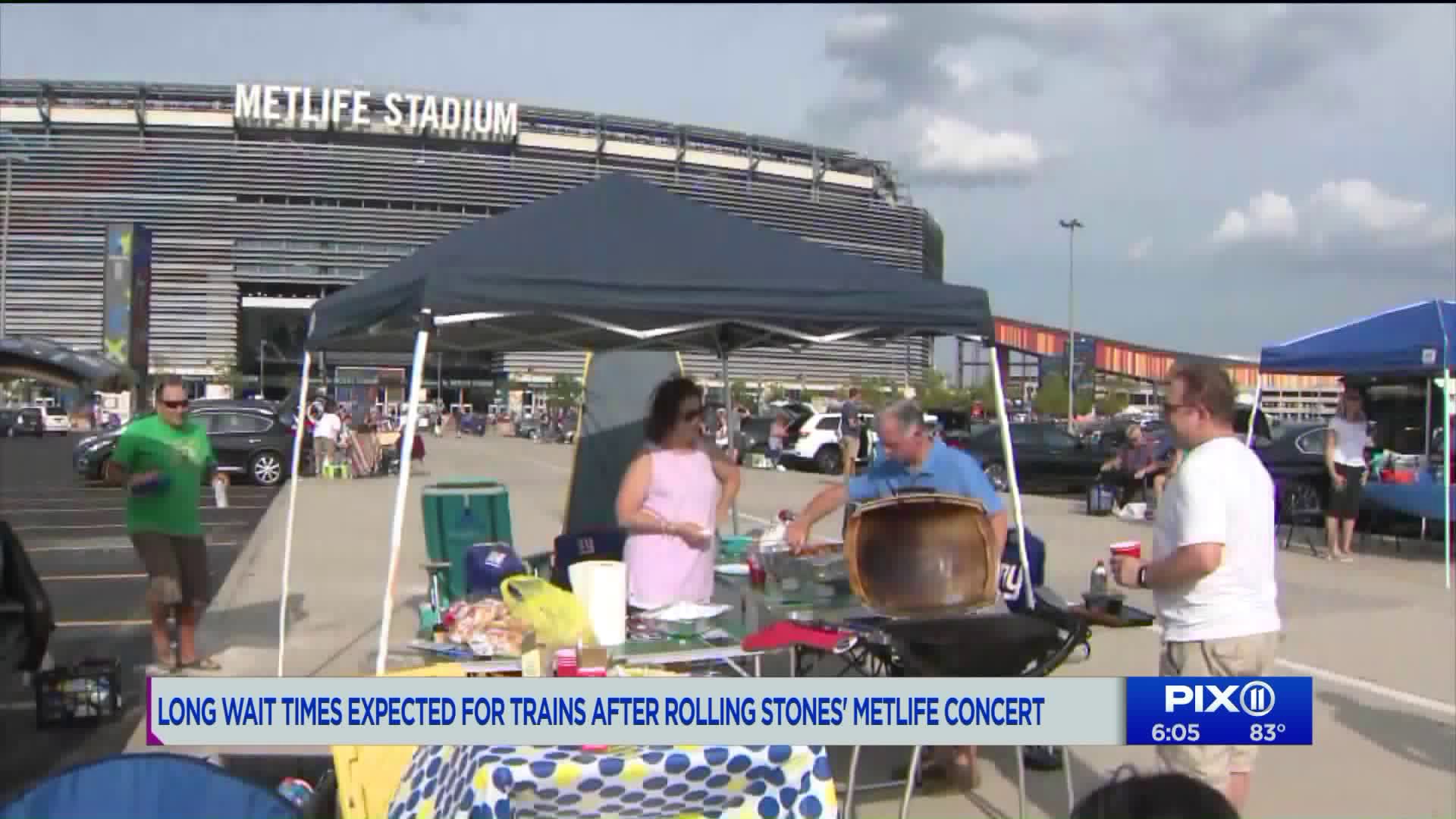 Fans could have to wait two hours for a train from the stadium in East Rutherford to Secaucus. The Rolling Stones will play another show at MetLife on Monday, August 5. 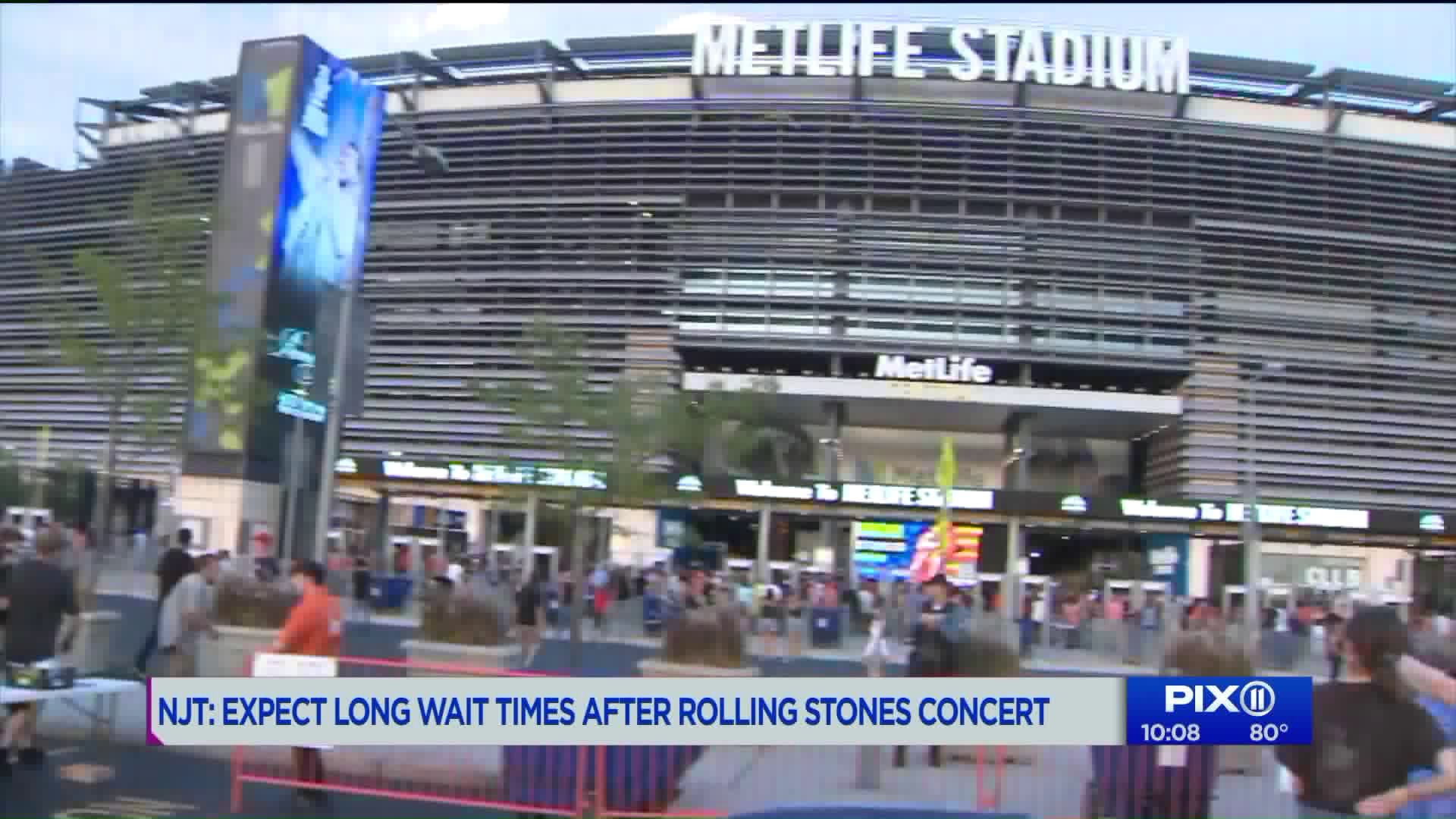 EAST RUTHERFORD, NJ — The Stones are rolling, but the trains run with limited capacity.

NJ Transit has been putting out travel notices about schedules to MetLife Stadium all week. Tens of thousands of people will be at the stadium for the show . The Rolling Stones are expected around 9 p.m.

Fans could have to wait two hours once it's over for a train from the stadium in East Rutherford to Secaucus. The shuttle train  can only move about 7,500 customers per hour.

Videos showed massive crowds waiting for trains after WrestleMania and after a BTS concert.

NJ Transit says this time, the schedules are ready and the trains and crews are timed for the end of the concert.