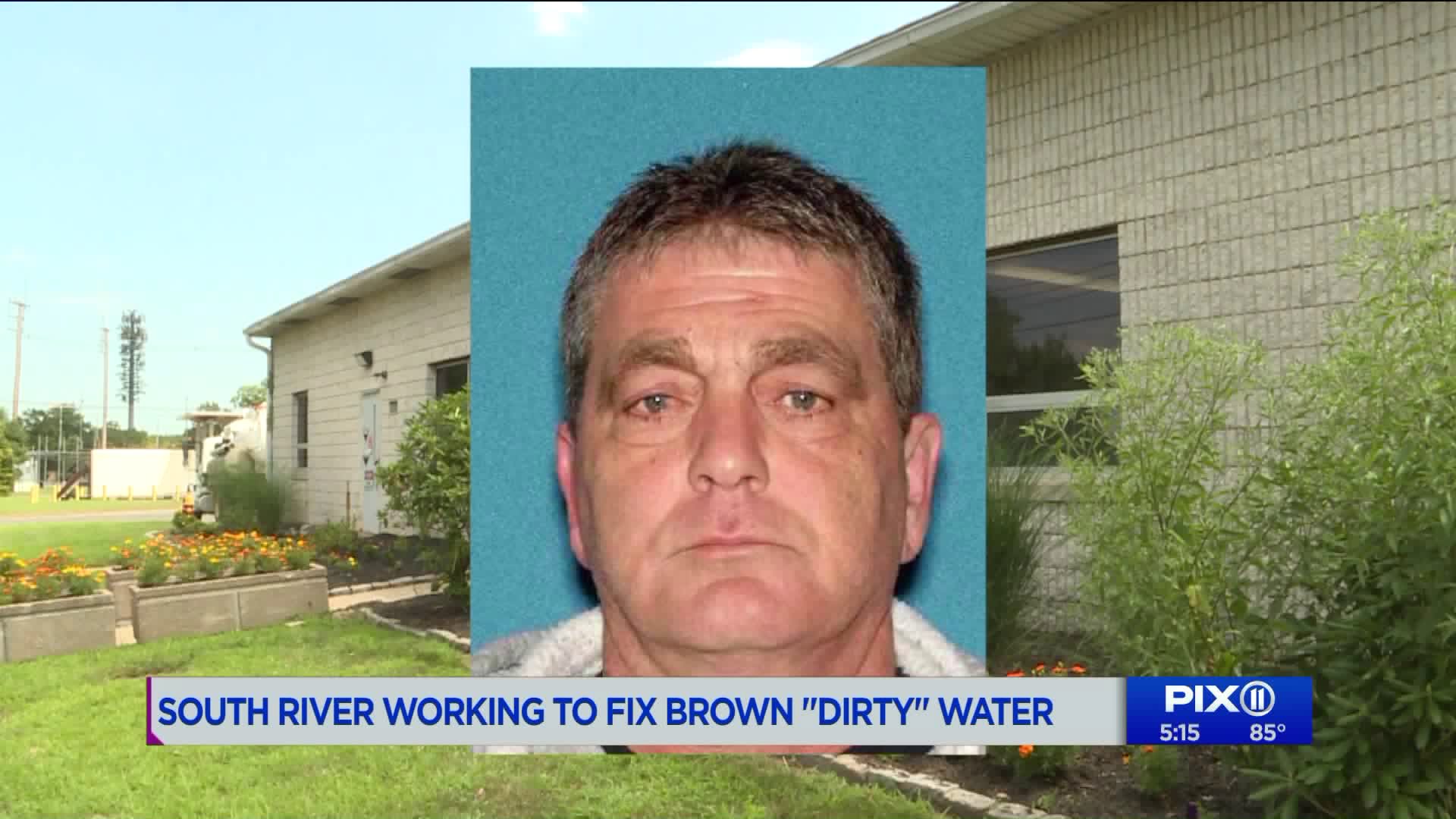 A water emergency has been declared in a New Jersey town where residents have seen brown, stinky liquid flowing out of the faucet. This comes after a town water official was arrested for lying about water test results.

SOUTH RIVER, N.J. — A water emergency has been declared in a New Jersey town where residents have seen brown, stinky liquid flowing out of the faucet. This comes after a town water official was arrested for lying about water test results.

The licensed operator of the South River Water Department was arrested in June for lying about water quality. He's due in court in August and could face up to 5 years in prison if convicted of violating the Safe Drinking Water Act.

"It is a clayish mud that is coming out of the faucet," said one resident.

Others have taken to posting videos proving their frustration with brown water clogging their filters and filling their sinks.

The town has hired an outside company, Agra Environmental, to come in and assess the problem.

Next, he said they'll work their way out into the system, addressing issues with old pipes by relining, replacing or flushing them.

Furrey said the reason the water turned brown for some residents in recent weeks is because of problems with the filtration plant. The discoloration you see is actually 2 non-toxic metals: iron and manganese.

They also found issues with the chlorination system, which kills bacteria. But all tests for bacteria in the water have come back clean.

"Our drinking water is safe," said South River Administrator Arthur Londensky. "Working with the Department of Environmental Protection, we have been testing water every 2-hours. Now we are testing every 4-hours and submitting those results to the DEP."

Agra Environmental also found issues with the system that controls lead in water. No level of lead is safe to drink. They’re going to start testing for that in the coming weeks.

Agra plans to address the treatment system that helps control bacteria and lead in water by installing analyzers that measure pH levels and chlorine automatically. They will also clean the existing water storage tank and conduct a comprehensive flushing of the system to try and address sediment build-up. They project it will take two months to stabilize the water and make it run clear consistently. Long-term fixes to South River's water system could take another couple years to complete.

On Monday, there will be a special council meeting to introduce 2 bond ordinances. One for $1 million to upgrade the town's water treatment plant and another for $1.3 million to drill a new water well. One water well in town has ceased to operate, so digging a new one will help to raise the system's capacity.