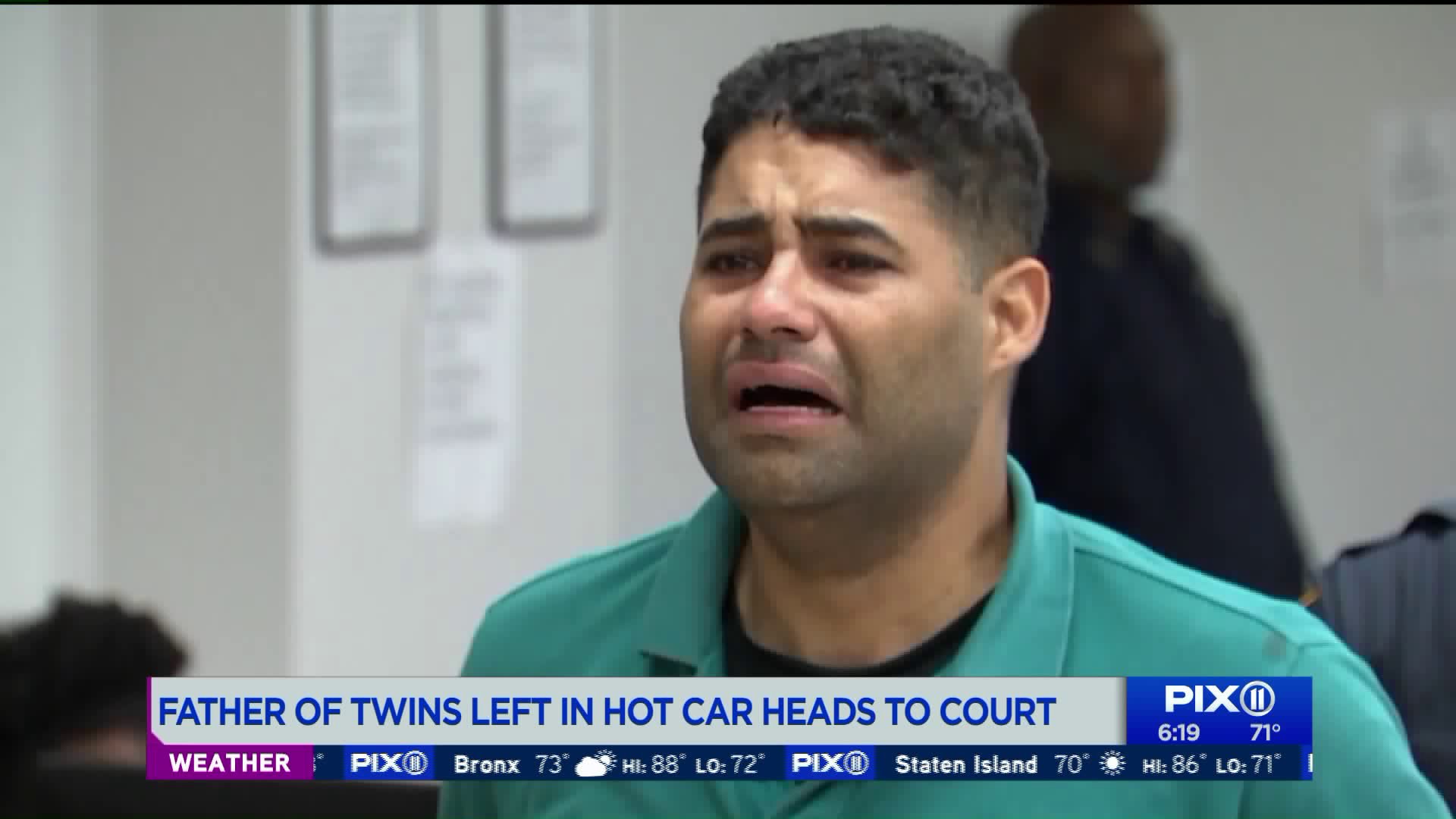 Juan Rodriguez, the Bronx father of 1-year-old twins who died after being left in a sweltering car while he did his eight-hour shift at work, is set to appear in court again Thursday.

NEW YORK — Juan Rodriguez's 1-year-old twins died after being left in a hot car for eight hours. Thursday morning, he is expected to appear in court to face charges in connection with their deaths.

Rodriguez's twins, Luna and Phoenix, were found Friday unresponsive in the back seat of a Honda sedan in the Bronx, according to a news release from the New York Police Department. Rodriguez was at work at a nearby Veterans Affairs hospital, where he is a social worker, his friend Temple Barros told CNN.

Temperatures that Friday reached highs in the mid-80s, according to the National Weather Service. The twins were pronounced dead on the scene.

Rodriguez was arraigned on Saturday in New York on charges of manslaughter, negligent homicide and endangering the welfare of a child, according to the New York City Police Department. He pleaded not guilty, said Patrice O'Shaughnessy, a spokeswoman for the Bronx District Attorney.

Rodriguez out on bond

A judge asked that Rodriguez be put on suicide watch, Jackson said during a news conference Saturday evening.

"His mental state is very fragile based on what happened. It's just an awful scenario," Jackson said.

"The (Rodriguez) family is ripped apart," Jackson said, adding that his client has three other children and has the support of his family and friends.

In a statement that Jackson provided to CNN on Sunday, the twins' mother -- Rodriguez's wife -- said that the deaths were "a horrific incident," and that she needs Rodriguez "by my side to go through this together."

"Though I am hurting more than I ever imagined possible, I still love my husband," she said. "He is a good person and great father and I know he would've never done anything to hurt our children intentionally. I will never get over this loss and I know he will never forgive himself for this mistake."

Rodriguez and his wife celebrated the twins' first birthday this month, Barros said.

"We had a huge birthday for them," Barros, the manager of an indoor skydiving business, said. "We had bounce houses, bubble machines. They went all out. They even had portable air condition machines to keep people cool."

The mother is "not believing what happened," he said. "Their parenting is amazing. I'm at a loss."

Barros added, "I literally just saw the twins a night before. Their daughter was waving at me in the window."

"He's always been an amazing father. Whatever they need, he'll go out and get it."

Hospital spokesman Jim Connell confirmed Rodriguez is an employee and offered this statement:

"The entire hospital community is saddened by news of this tragic event. While the situation is currently under the jurisdiction of local authorities, we offer our sincere and heartfelt condolences to the family. As matter of respect to the family during this difficult time, and with due regard to their privacy, we have no further comment at this time."