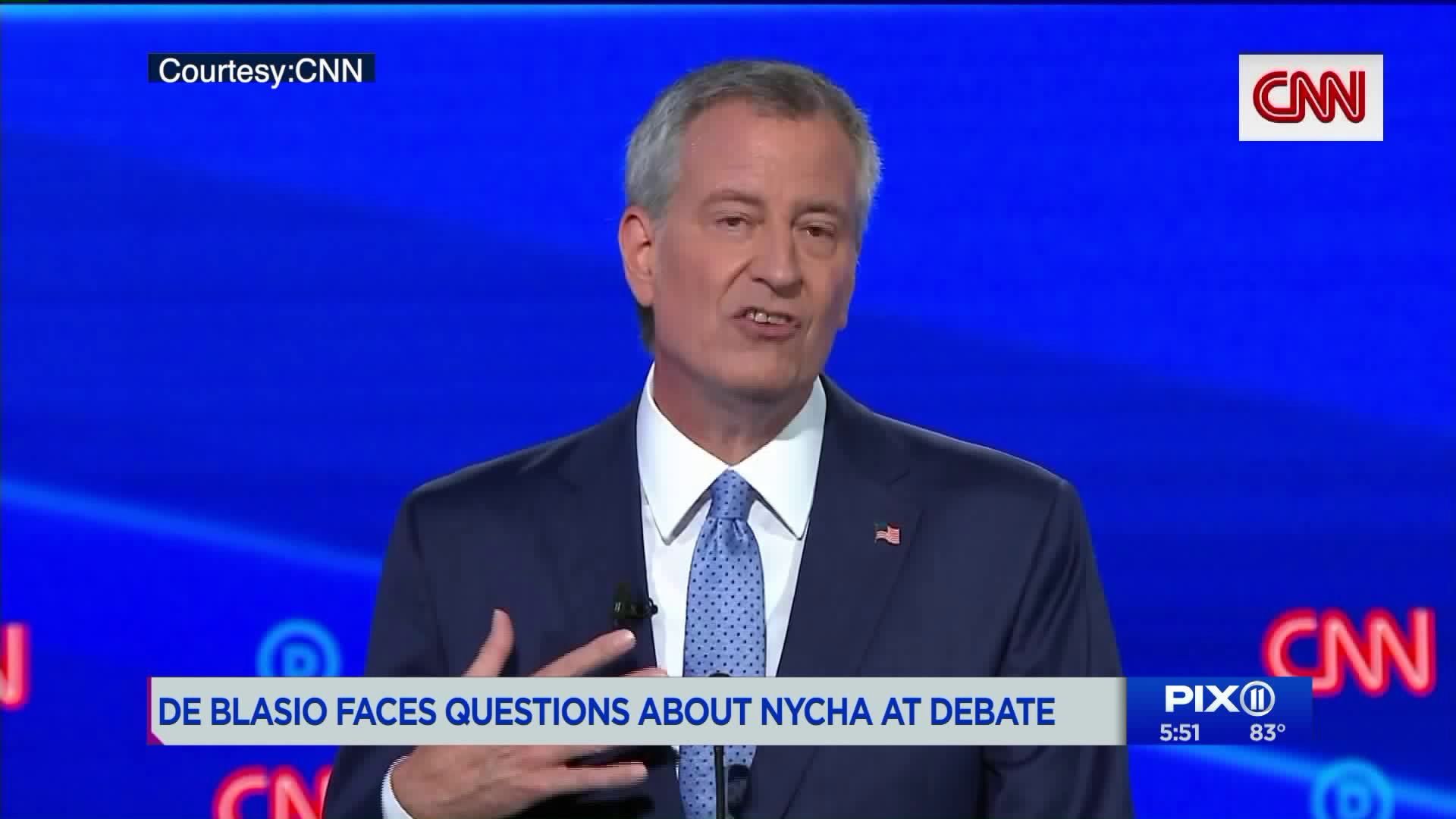 He was asked about lead problems in the New York City Housing Authority.

On Wednesday night, Mayor Bill de Blasio was asked an unexpected question about the New York City Housing Authority and lead on national tv during the Democratic debate.

Elevated levels of lead were found in more than 800 children living in NYCHA between 2012 and 2016.

“We have a huge problem and it’s decades old in New York, but here’s what we have done about it," de Blasio said. "We have declared the eradication of all lead.

He failed to mention that earlier in July, the federal monitor's first report on NYCHA showed systematic issues still unresolved in NYCA, including lead abatement. Eighteen children were identified with elevated blood levels so far this year.

"We are going into every one of those apartments to make sure those children, those families are safe, and then we are going to eradicate that lead once and for all," de Blasio said at the debate.

Christopher Ortega from the Ingersoll Houses has four small children and wants to know if there's lead in his home.

“I have four kids and everywhere, every room is chipping paint,” said Ortega.

NYCHA tells PIX11 "staff is scheduling repairs to the roof and ceiling causing a leak condition in Apt 6B. Development staff is working to temporarily relocate the household until repairs within the home are complete. A spokesperson says,”NYCHA prioritizes immediate health and safety concerns in our residents’ homes. We ask that all residents continue to use the MyNychaApp or call the Customer Contact Center at 718-707-7771 to create a work order ticket for any maintenance needs.”