City deals with trash-ridden Bronx Street after years of complaints 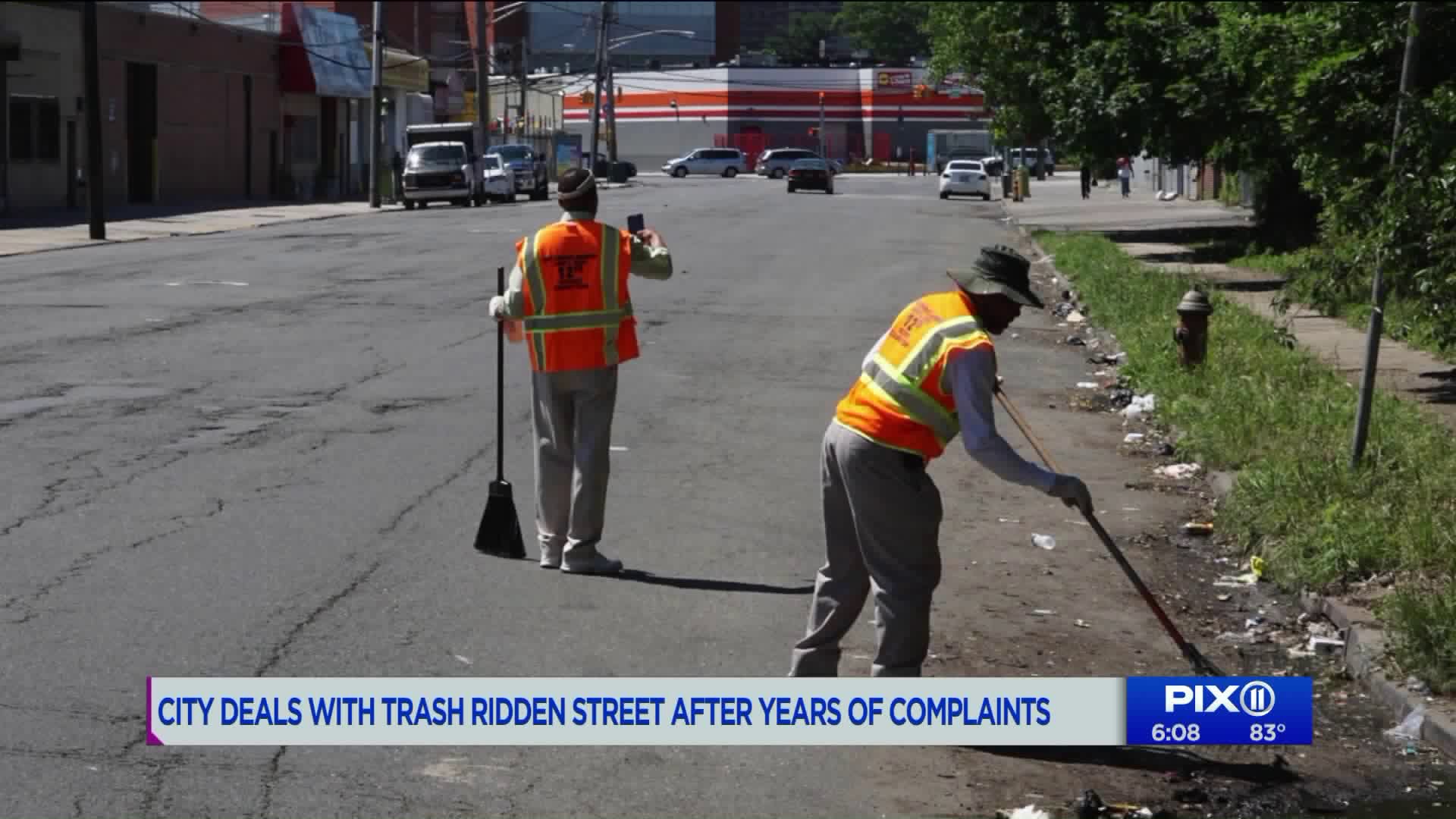 Residents have described the street as a nightmare. The area is riddled with garbage, human waste and even animal carcasses.

EASTCHESTER, the Bronx — Residents have described Dyer Street as a nightmare.

The area is riddled with garbage, human waste and even animal carcasses. People in the neighborhood have complained several times and officials finally stepped up on Thursday.

Councilman Andy King recruited help for the clean up of the long-ignored sidewalk. The strip is now on a dedicated list to be regularly cleaned up.

The Department of Transportation will also repair the sidewalk and street signs.

One resident who's lived in the area for more than 30 years said this is the cleanest the sidewalk has ever been.