U.S. Citizen from Queens who was held by ICE for 2 years speaks out 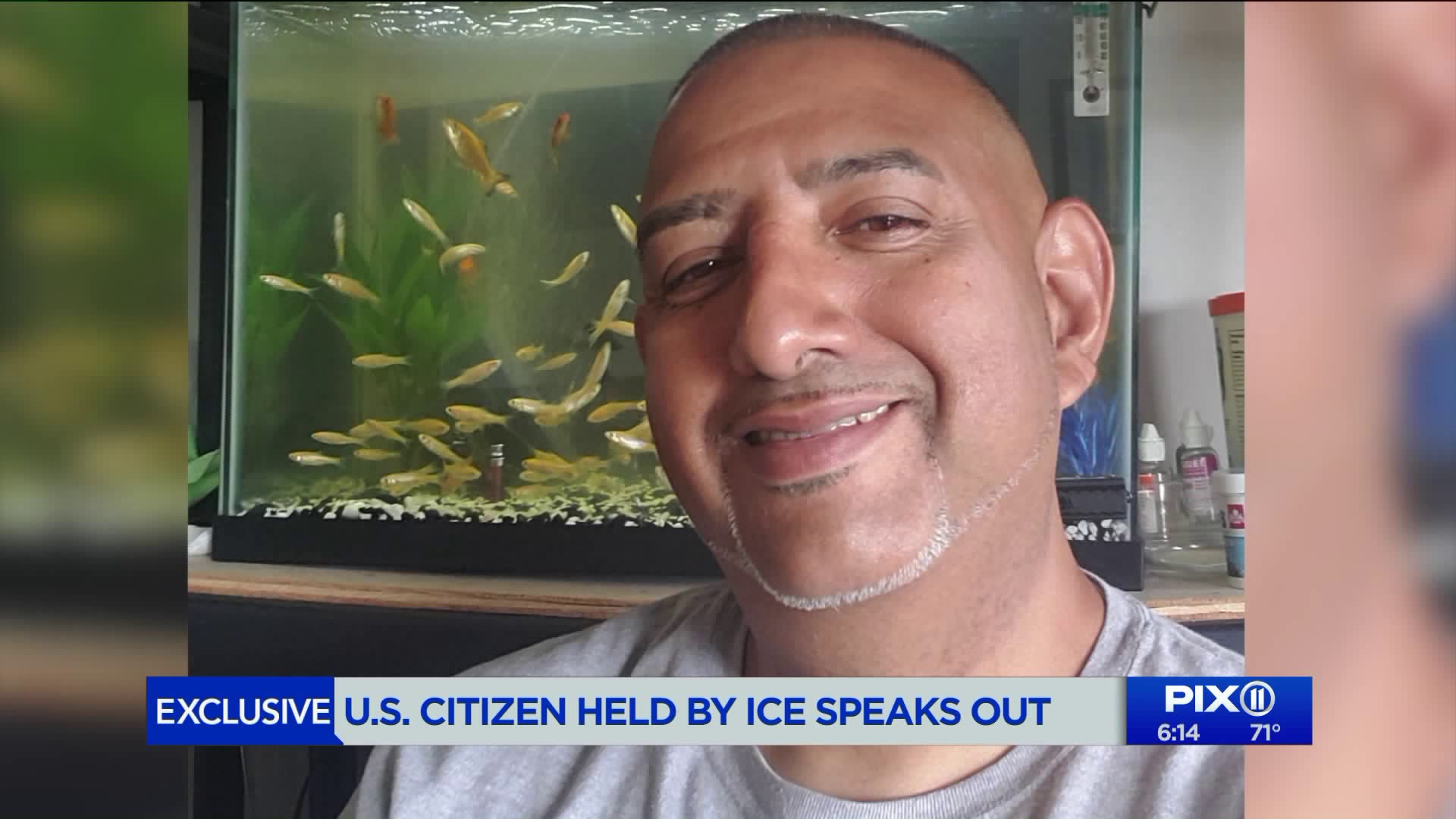 It`s been a year since Levy Jaen was released from Hudson County Correctional Center in April 2018. He was detained by ICE in 2016 even though he is a U.S. Citizen. The Queens dad spent the next two years in a detention facility.

A Queens man who was wrongfully detained by U.S. Immigration and Customs Enforcement for two years is speaking on camera for the first time about his ordeal.

It's been a year since Levy Jaen was released from Hudson County Correctional Center in April 2018. He was detained by ICE in 2016 even though he is a U.S. Citizen.

"Sometimes I wake up soaking wet in sweat," Jaen told PIX11 during an exclusive interview on the PIX11 Facebook Show 'Cafecito with Cristian.' "I have dreams and then I wake up and I'm like 'I'm home.. I'm home...' That's hurtful too. I think I need counseling. I feel like I'm still there, but then I wake and I'm like 'oh thank God I'm home.'"

Jaen was born in Panama to a Panamanian man, but his father is also a U.S. citizen by marriage. Jaen was raised in Queens and lived there with his family.

He was detained by ICE after he had brush with the law for a drug offense. The day he was due to be released from jail, he was told by the government that he was not a citizen, despite the fact that he was.

"You see the presumption from immigration that the person is lying, that the person doesn't have rights," said attorney Andrea Saenz from Brooklyn Defender Services, which represented Jaen. "Which should be the opposite. You would think the government would think, 'I should be really concerned I'm holding a U.S. citizen.'"

Jaen was wrongfully detained by ICE in 2016 while President Barack Obama was in office- but more recent reports of U.S. Citizens being held by immigration officials in just this past month in Illinois and Texas concern immigration experts who say the government doesn't care if it holds U.S. Citizens in its custody.

"I didn't get compensation or nothing," said Jaen, who was afraid he wouldn't see his children again. "It's sad not knowing if you're gonna see them again, especially the youngest one who's autistic. I tell him 'daddy's coming home soon.' But after I hang up, [I think] 'what if daddy doesn't come home soon?'"

The government was ordered to issue him a new passport and replace his old social security card, but after a year they have yet to do so which has made it nearly impossible for Jaen to get a job. ICE told us they continue to review and enhance procedures to ensure all measures are in place to avoid such incidents.

You can watch our full interview with Jaen on our Facebook page.