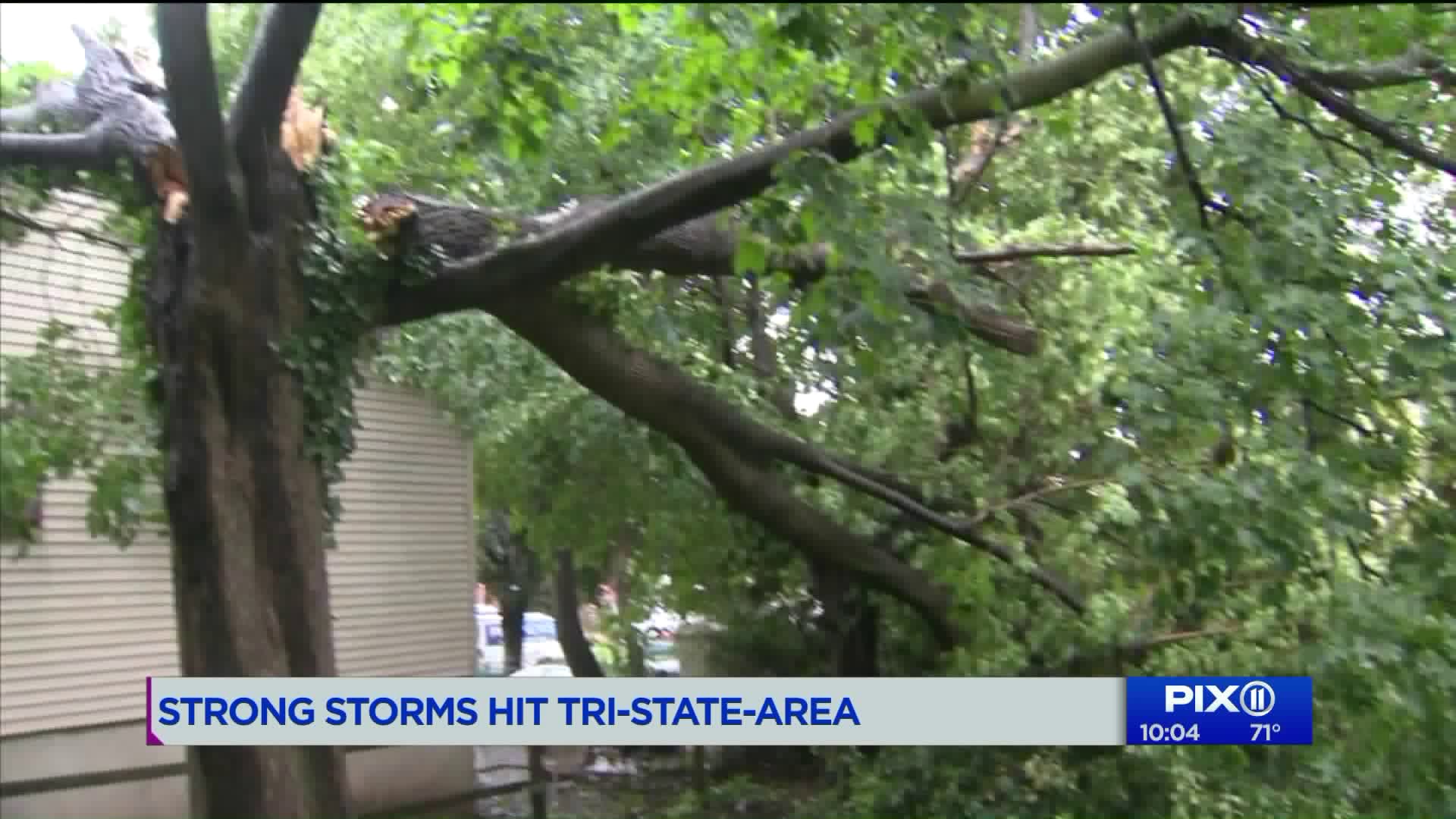 Strong thunderstorms rolled through the area and knocked out power for thousands. It`s July and some people saw hail where they lived.

NEW YORK — July ended with hail in Jersey City, storms that knocked out power for thousands in both New York and New Jersey and flooding in the streets of both states.

At one point Wednesday, more than 20,000 customers were without power in New Jersey. About 2,600 Staten Island customers experienced outages.

Video obtained by PIX11 shows an MTA S40 bus driving through a flooded Staten Island street in Richmond Terrace. Water got into the bus and passengers were riding with their legs lifted above the water.

“This is a graphic example of the challenges our bus operators face on the road day in and day out as they work hard to get millions of New Yorkers to their destinations safely and expeditiously," an MTA spokesperson said.

A severe thunderstorm watch had issued across the region through 9 p.m.

There were reports of pea-size hail in Staten Island. Buoy reports in New York Harbor reported gusts of 60-70 mph.