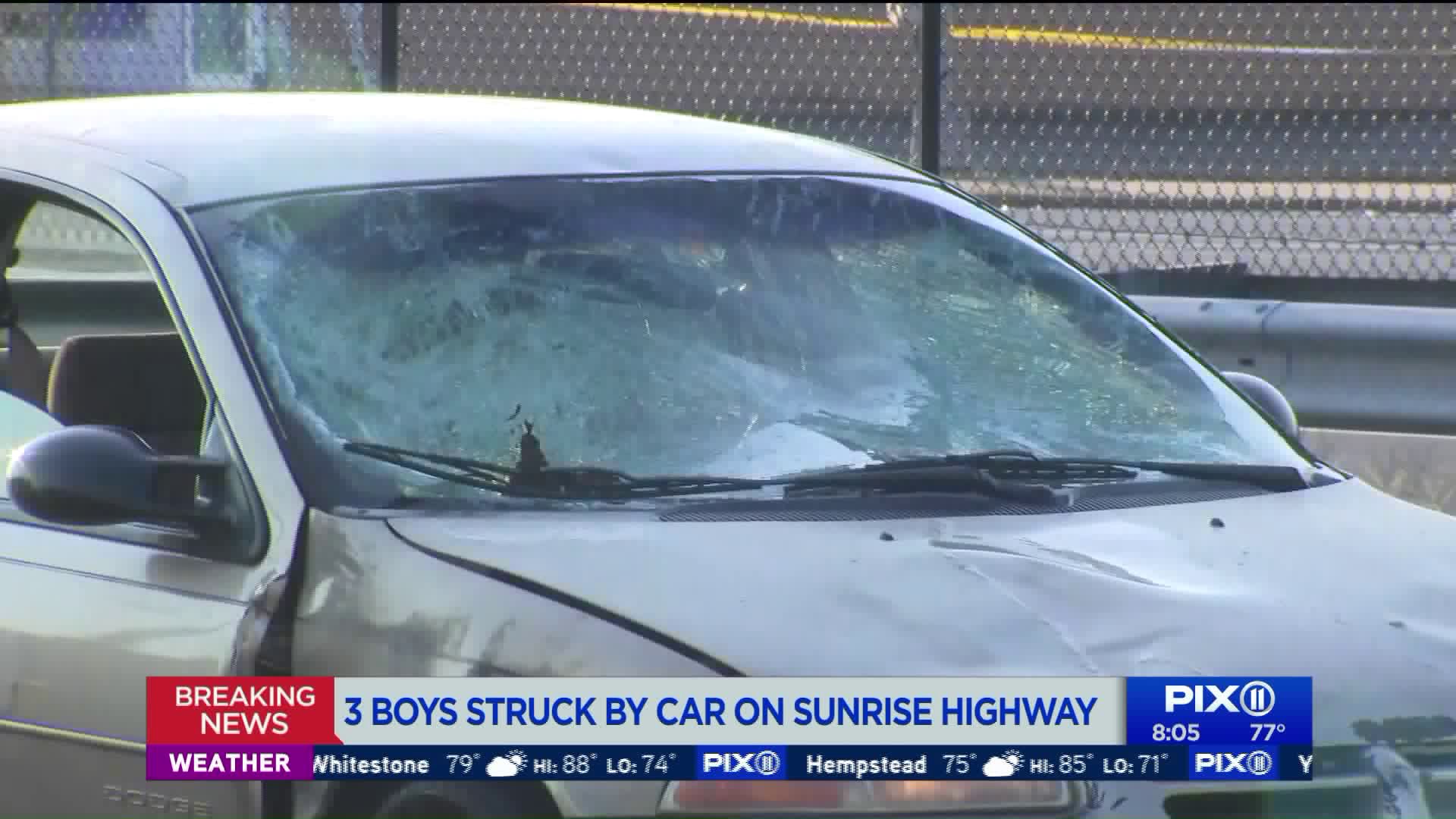 Three boys were struck by vehicle on a Long Island highway early Wednesday, Suffolk County Police said. According to authorities, two brothers, 9 and 13, and their 12-year-old cousin, were walking to a 7-Eleven near the corner of the intersection of Sunrise Highway and Straight Path, in Lindenhurst, around 4 a.m. when they were struck by a vehicle driving westbound. One boy is in critical condition while another is in serious condition, police. 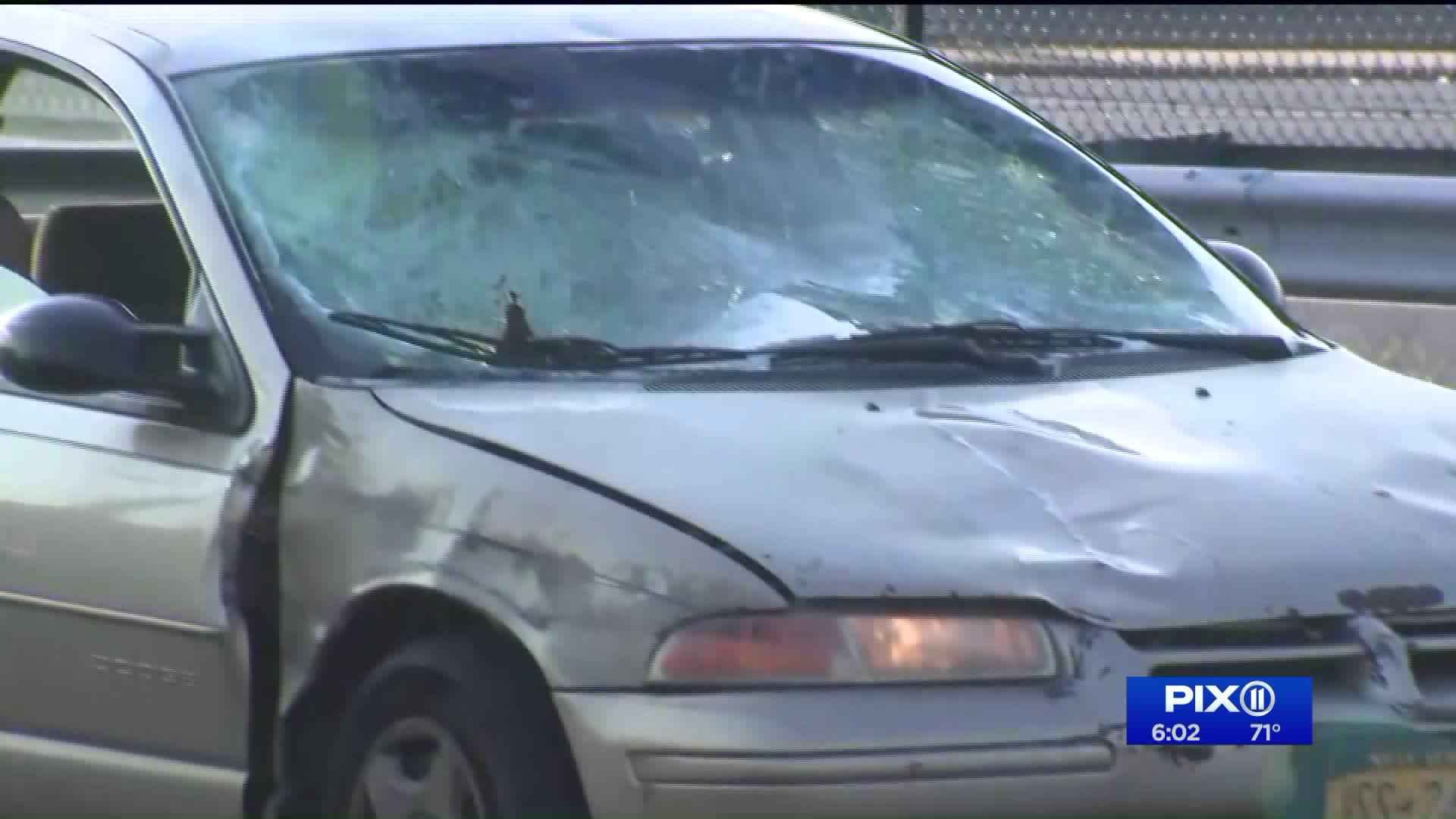 According to authorities, two brothers, 9 and 13, and their 12-year-old cousin, were walking to a 7-Eleven near the corner of the intersection of Sunrise Highway and Straight Path, in Lindenhurst, just before 4 a.m. when they were struck by a vehicle driving westbound.

Police said the boys had left from a home nearby on 32nd Street in Copiague. The brothers' 16-year-old sister realized they left and followed them, witnessing the crash. According to police, adults were at the home, but it is unclear whether or not they were given permission to leave or if the boys left the residence on their own.

The driver, 20-year-old Ryan Arthur, was on his way to work when he struck the boys, police said.

Authorities said it appeared he had the right of way and the children were walking against the light. Arthur's vehicle was impounded for a safety check, and the incident does not appear to be criminal at this time.

AIR 11 was over the area Wednesday morning, where a car with a smashed windshield could be seen parked on the highway with one door open, while authorities were on the scene investigating.

Sunrise Highway was closed in both directions in the Lindenhurst area while the investigation continues.

Suffolk County police gave an update of the crash.

Correction: An earlier version of this story mistakenly reported that a witness saw the driver taken away in handcuffs.