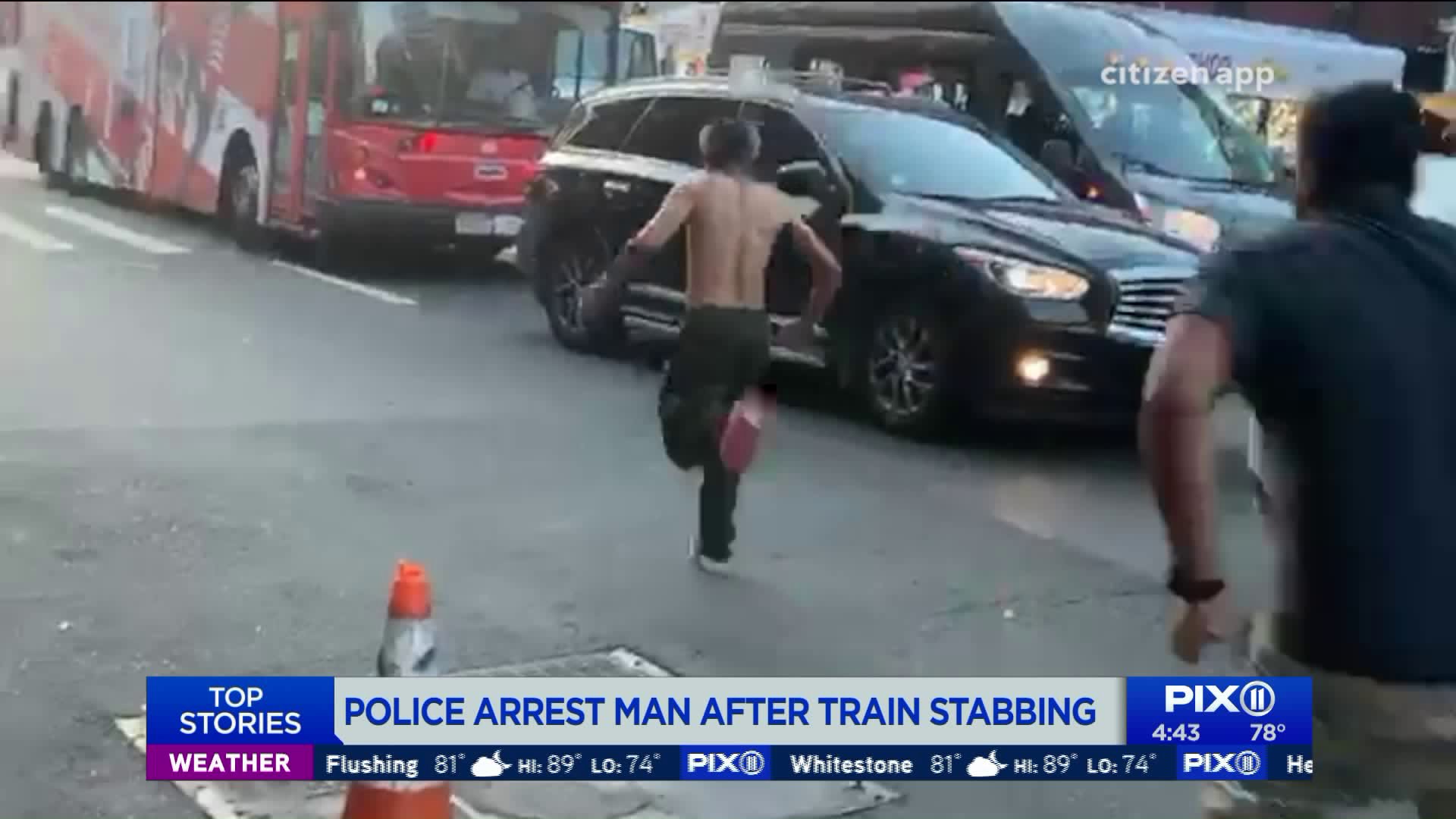 A man was chased down, tased and arrested in Lower Manhattan Tuesday night after allegedly stabbing two people, police said. The man stabbed one man on a subway after a dispute over a seat on the train, authorities said. When he fled and a second man attempted to chase him down on Canal Street, the man stabbed him as well. Police eventually caught up to him and took him into custody after tasing him.

LOWER MANHATTAN — A confrontation over a subway seat led to a double stabbing in Manhattan Tuesday night.

According to authorities, a dispute started when Ronald Cundiff refused to move his bag off a subway seat after a 55-year-old passenger asked to sit down.

Cundiff, 40, then stabbed the victim before fleeing at Canal Street around 7:20 p.m., police said.

A passenger who witnessed the incident chased him through the street before he was also stabbed by Cundiff about half a mile away, police said.

Police eventually tasered Cundiff and took him into custody.

Both victims were taken to the hospital for their injuries.

Cundiff, who police said had 15 prior arrests on weapon and drug charges, remains at the hospital.

He faces charges of assault, criminal possession of a weapon, resisting arrest and reckless endangerment.