How to watch night two of the second Democratic Presidential debates 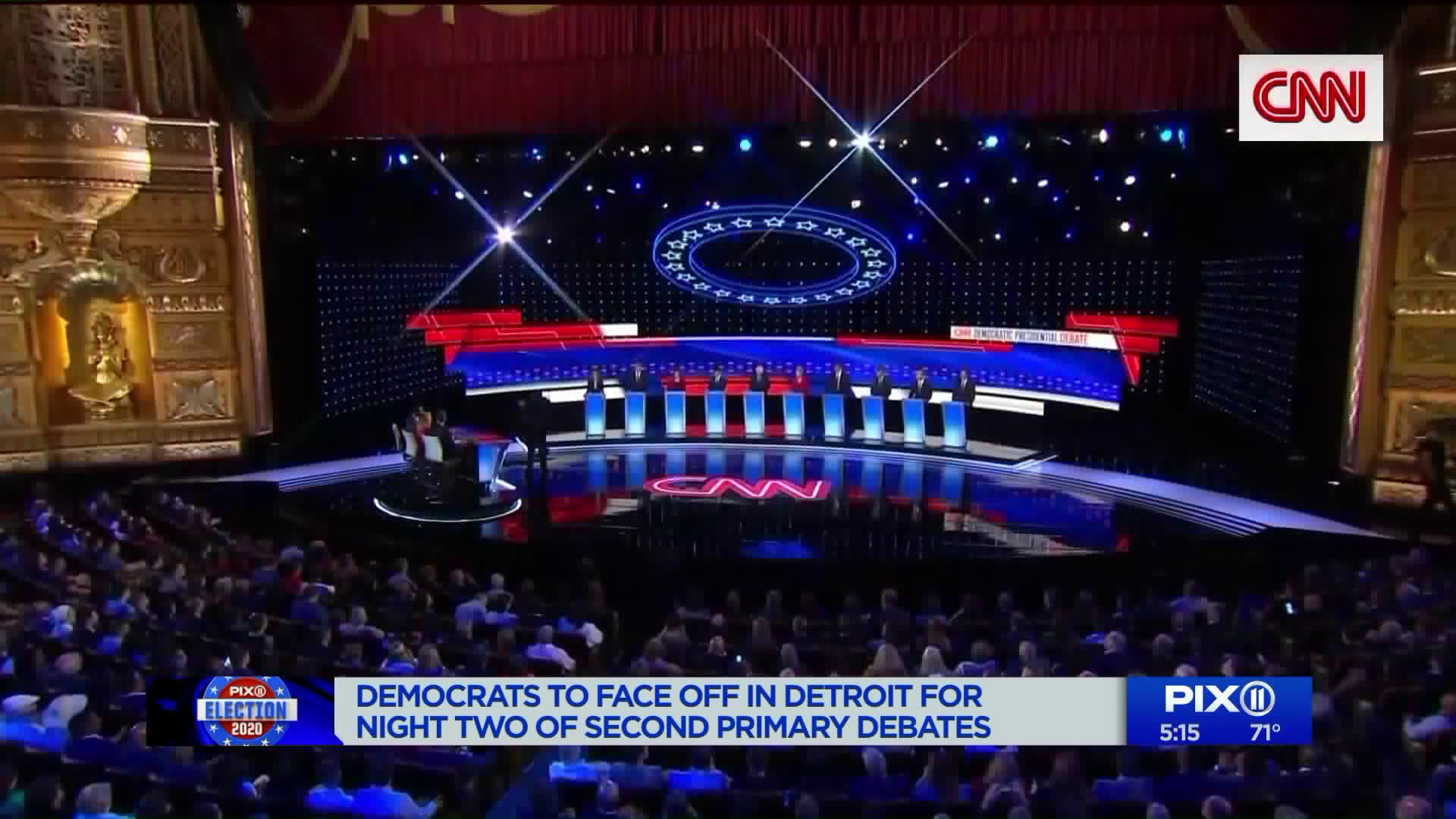 The  first night  saw Massachusetts Sen.  Elizabeth Warren  and Vermont Sen.  Bernie Sanders , the two top progressives in the Democratic primary, facing off against their moderate opponents on health care, immigration and taxes, highlighting the ideological divide within the party.

The second night will offer a rematch of former Vice President  Joe Biden  and California Sen.  Kamala Harris , whose clash over race became the most closely watched moment of the first round of debates. New Jersey Sen. Cory Booker, who has also been critical of the former vice president, will also be on the stage on Wednesday.

For a large part of the  Democratic field  outside of the top-tier candidates, the pair of debates will be one of the last chances to make an impression on a national audience. The Democratic National Committee raised the threshold to qualify for the fall debates, meaning many of the candidates run the risk of not making the stage in September and October.

Here's how to watch:

What time is the debate?

How can I watch them?

CNN's Democratic presidential debates will air exclusively on CNN and will stream live in their entirety, without requiring log-in to a cable provider, exclusively to  CNN.com 's homepage, across mobile devices via CNN's apps for iOS and Android, and via CNNgo apps for Apple TV, Roku, Amazon Fire, Chromecast and Android TV.

The full debate nights will be available exclusively the day following the airing on demand via cable/satellite systems, on CNNgo (at  CNN.com/go  on your desktop, smartphone, and tablets, and via CNNgo OTT apps), and CNN mobile apps on iOS and Android.

CNN's live story  will capture key moments from each debate, serving as the home for coverage, expert analysis and fact-checking in real-time.

Additionally, customized coverage will roll out across all of CNN's platforms. This will include stories on  CNN's flagship Instagram , featuring CNN's political reporters during and following the debates with important takeaways, fact-checking the candidates, and sizing up their place in the polls.

Who didn't make the cut?

Massachusetts Rep.  Seth Moulton  and Miramar, Florida, Mayor Wayne Messam, two candidates who did not make the first debate stage, will also miss the second debate after failing to qualify.

Billionaire investor  Tom Steyer  and former Pennsylvania Rep.  Joe Sestak , two candidates who recently got into the presidential contest, also failed to qualify for the second round of debates.

How were the debate stages decided?

To qualify for the debates, Candidates had to either achieve at least 1% support in three polls from an approved list of pollsters or receive campaign contributions from 65,000 unique donors, including 200 donors each from 20 different states.

What are the rules for the debates?

Candidates will be given 60 seconds to respond to a moderator-directed question, and 30 seconds for responses and rebuttals.

A candidate attacked by name by another candidate will be given 30 seconds to respond.

There will be no show of hands or one-word, down-the-line questions.

A candidate who consistently interrupts will have his or her time reduced.

Questions posed by the moderators will appear on the bottom of the screen for television viewers.