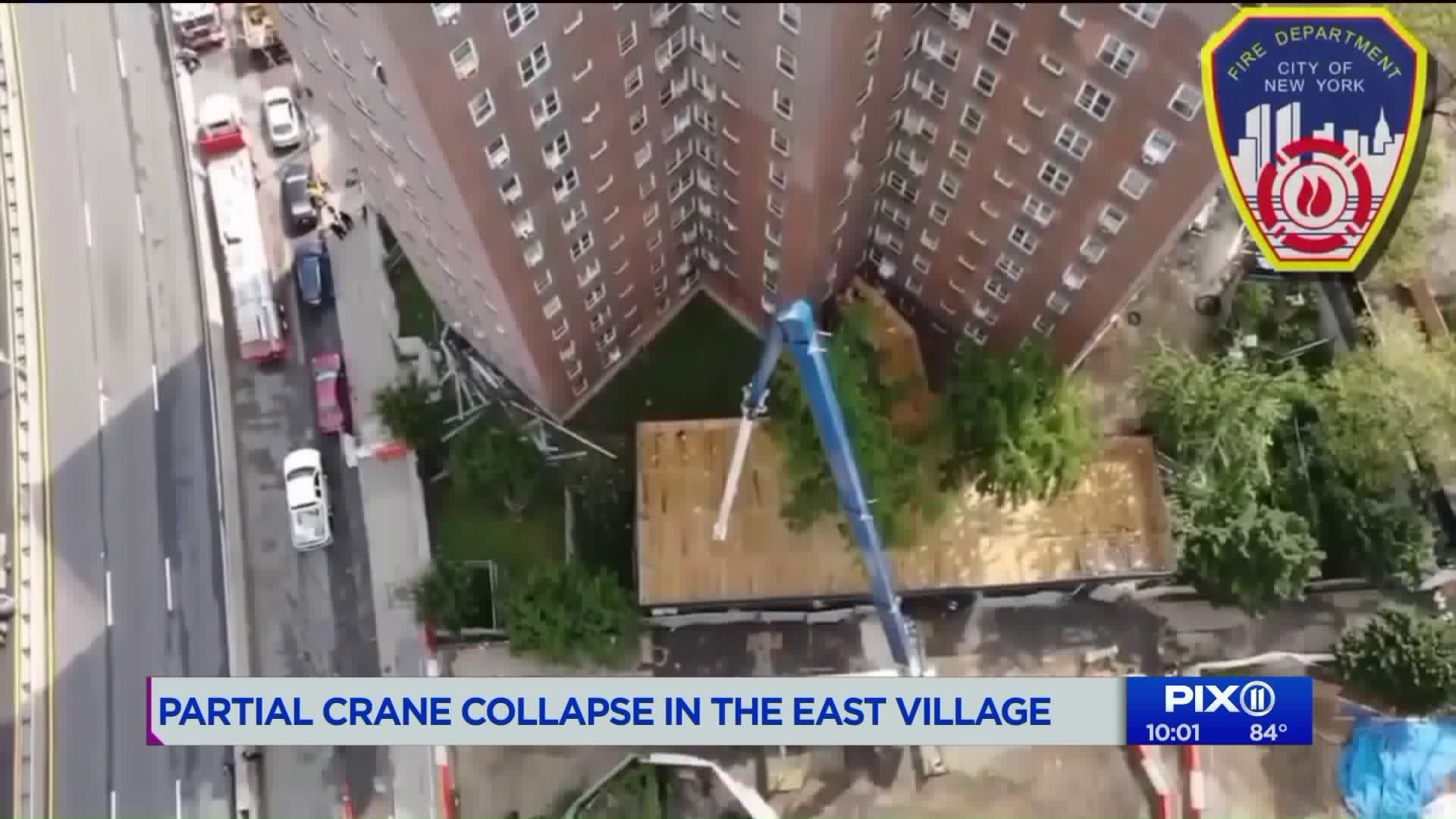 A crane partially collapsed at NYCHA`s Riis Houses on Tuesday afternoon, officials said. There is a temporary evacuation order for families. People had to wait outside in the heat for hours. 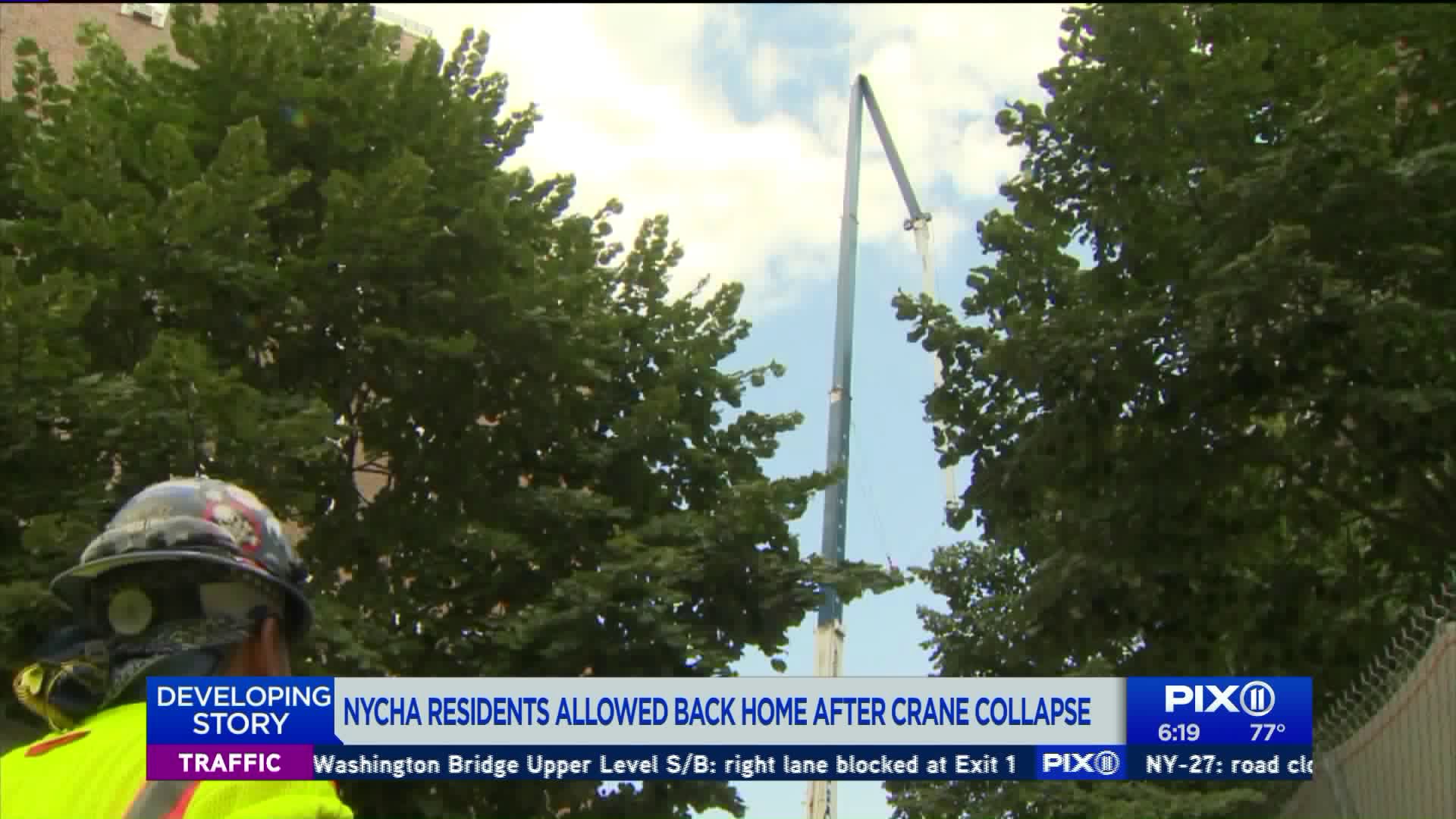 EAST VILLAGE — Residents at a Manhattan NYCHA complex were allowed back in their homes after a crane collapsed at the apartment complex Tuesday, authorities said early Wednesday.

The crane was safely taken down completely by early Wednesday, police said.

Also, the FDR fully reopened early Wednesday after the Manhattan highway was closed in both directions in the area of East 6th Street overnight, due to the crane collapse.

***Update*** Crane was safely brought down and residents are now allowed to return to their homes. @NYCHA @NYPDHousing pic.twitter.com/J52Ww7hwmI

The crane, which had been lifting steel for roof work, partially collapsed at NYCHA's Jacob Riis Houses on Tuesday afternoon, officials said.

No injuries were reported from the incident, an FDNY spokesperson said Tuesday.

"And then I hear the workers yelling. They say 'you have been been careful. You should have been more careful," resident Millie Gonzalez said.

There was a temporary evacuation order Tuesday for families living in the building, Councilwoman Carlina Rivera said at the time. Many were stuck outside in uncomfortably hot weather into the night.