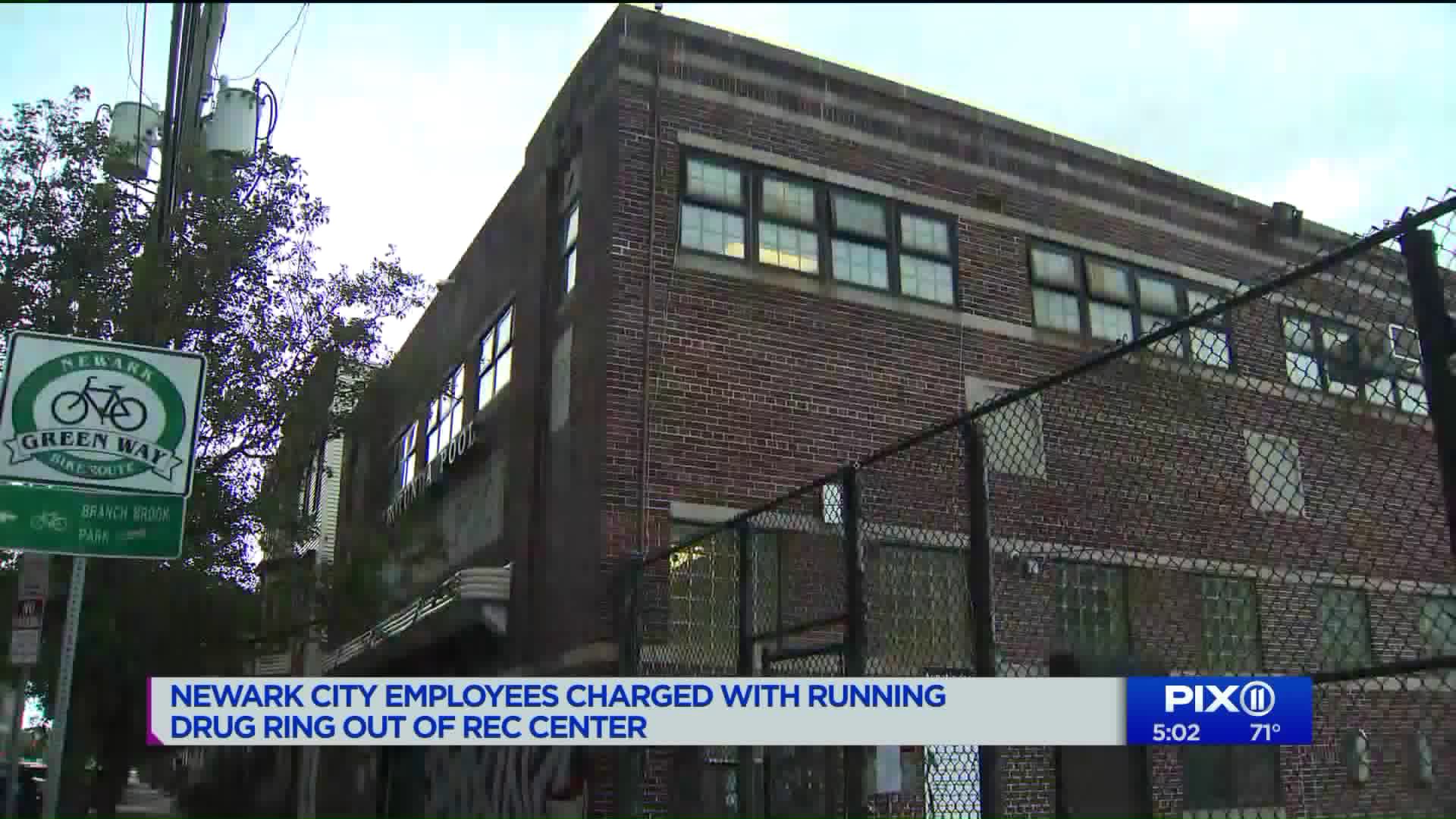 City employees in Newark have been charged for running a drug ring out of a local rec center.

NEWARK — The U.S. Attorney's Office for New Jersey has charged 12 men with running a drug ring that involved the Rotunda Recreation Center on Clifton Avenue.

The complaint says some of the drugs, including heroin and fentanyl, were hidden inside the rec building, where children play games and swim during the summer months.

“While neighborhood children were coming here to play basketball and chess, they may have been just a few feet away from narcotics and the criminals who sell them," said U.S. Attorney Craig Carpenito.

Parents picking up their kids today were shocked to learn of the allegations.

"It's scary," said Jeene Rattray, whose 13-year-old and 6-year-old play at the center. She recognized the name of one man on the complaint, Arthur Hardy, 41.

"When I dropped my son off in the morning he’s usually here," she said. "He seemed like a nice guy."

"He was never a director," said Newark Mayor Ras Baraka. "He was a part-time employee. A recreational aide."

Baraka asserts the city's recreation centers are safe, but also admitted the city did not do any background checks the 3 employees who were arrested.

"Because they are part-time they were not background-checked," he said. "In the future, we will background check all employees."

"I think they should background everyone," said Rattray. "Especially if they have young children involved."

The actual director of the center tells PIX11 that he never witnessed any thing suspicious.

"Never," said Bernard Chase. "I never saw anything like that."

A group of the men who were arrested went before a judge this afternoon. No cameras were allowed inside because it is a federal courtroom.

Rahim Jackson, 43, was also identified in the complaint as a drug supplier who worked at the rec center.

And Edward Williams, 51, was named as a G-Shine Bloods member, a leader of the drug operation and a city employee.

The complaint says the 3 men "routinely used the recreation center as a place to receive and store narcotics."

All 3 have been fired.

“The use of a recreation center for the delivery of narcotics, as a place to stash drugs and money, is despicable, and must not happen again,” said Mayor Baraka.

Hardy and Jackson had prior criminal records, according to the U.S. Attorney.