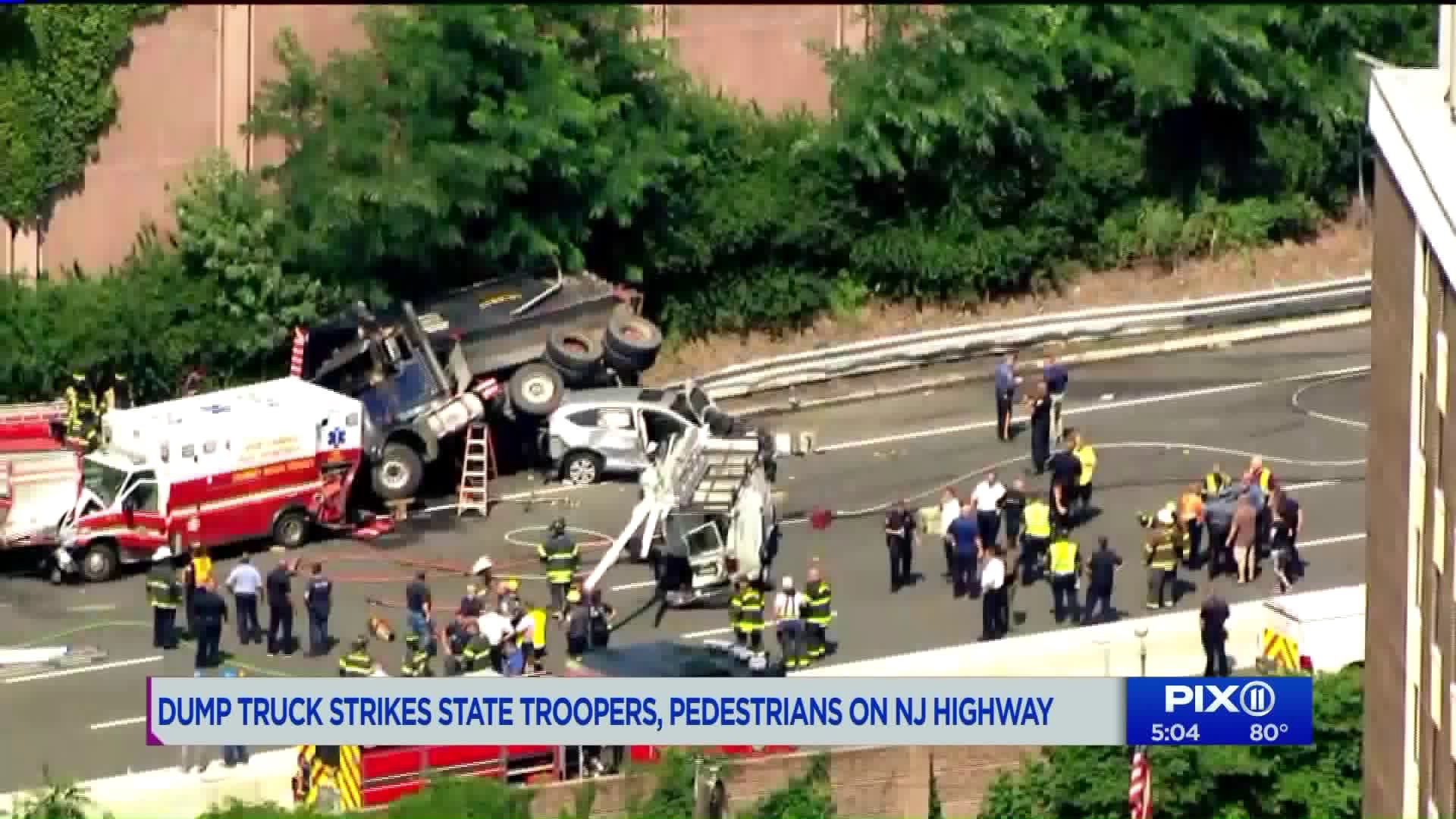 Multiple people, including two state troopers, were injured when a dump truck crashed into a separate accident investigation on a New Jersey highway Tuesday morning, the state police said.

The crash happened around 10:22 a.m. in West Orange, on the eastbound side of Interstate 280, the highway that runs across northern New Jersey, the state police said in a Tweet.

Authorities say the troopers and the pedestrians were all out of their vehicles at the time. The troopers were investigating an earlier accident in the area, apparently involving the pedestrians, when the dump truck hit the group.

Seven people were taken to Saint Michael's Medical Center, hospital officials said. They are being evaluated and are in stable condition.

AIR 11 was live over the scene and shows multiple emergency vehicles apparently were involved in the crash, including an ambulance and at least one fire truck.

Both state troopers were transported by ambulance to an area hospital, according to authorities. NJSP said there were no serious injuries reported by pedestrians involved.

All lanes were closed at one point on I-280, due to the investigation, and motorists should expect delays, police said.

In a statement, acting Gov. Sheila Oliver said as investigation continues, the incident "should remind us all of the dangers our first responders can encounter while performing their jobs on our roadways."

Earlier Tuesday, a State Police spokesperson told PIX11 one of the troopers injured was alert and conscious after the crash.

At 10:22 a.m., a dump truck struck two troopers outside of their patrol cars & multiple pedestrians at an accident investigation on I-280 EB MP 9.8 in West Orange. Both troopers were transported by ambulance to an area hospital. #alert