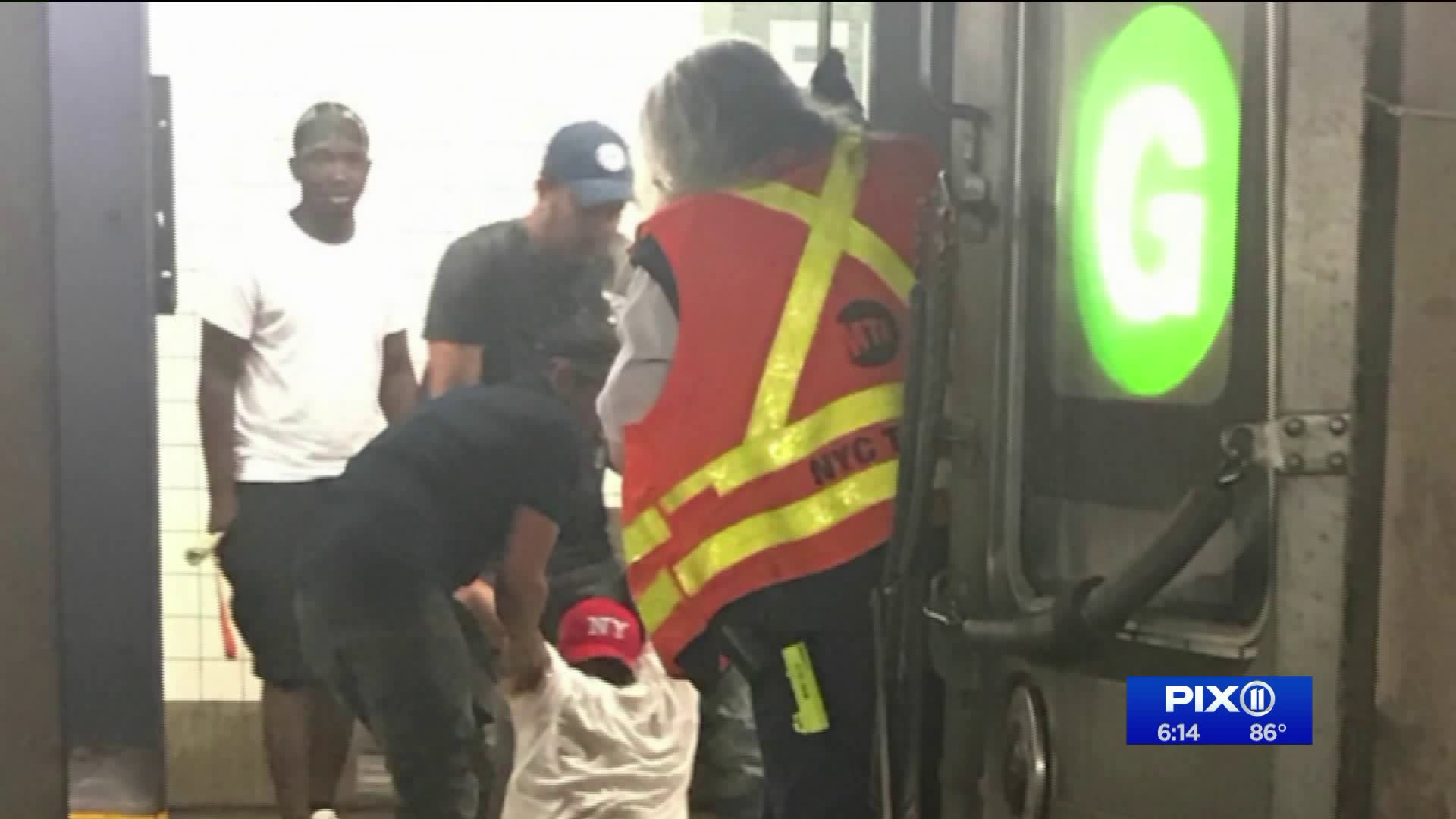 A woman had jumped on to the tracks. Witnesses say she was attempting to take her own life. An MTA train operator`s quick response - which he credits to a man on the platform who waved him down - averted what would`ve been a tragedy.

MTA train operator Eric Boyo’s shift was just getting underway Monday afternoon when the G train he was manning approached the Fulton Street station in Brooklyn.

That's when the train operator saw something he had never seen 27 years on the job.

“As I get a little closer, I see that there is someone on the rail bed below, this person who is waving, so then I pull on the brakes really hard,” he recalled.

A woman had jumped on to the tracks. Witnesses say she was attempting to take her own life.

Boyo’s quick response - which he credits to a man on the platform who waved him down - averted what would’ve been a tragedy.

He came to a complete stop 75 feet from the woman.

“I opened the storm door and stepped out on the front porch of the train and asked this person if she was OK and she indicated that she wanted to get back up again,” he said.

Boyo, along with a small group of riders, pulled her back on to the platform.

The woman was eventually escorted by an MTA supervisor out of the subway and brought to a local hospital.

The whole episode has many calling Boyo a hero, but if you ask him, he doesn’t feel like one.

“If we are being alert and using common sense and your reflexes are good, you know this is what we do,” he explained.

Most consider it a miracle that the woman walked away uninjured. According to MTA officials, straphangers are always encouraged to say something if they see something or - like in this case - do something.

“If you have a light on your phone or a flashlight and you go back-and-forth across the track - that is our signal to stop,” Boyo said. “We will see that before anything else.”