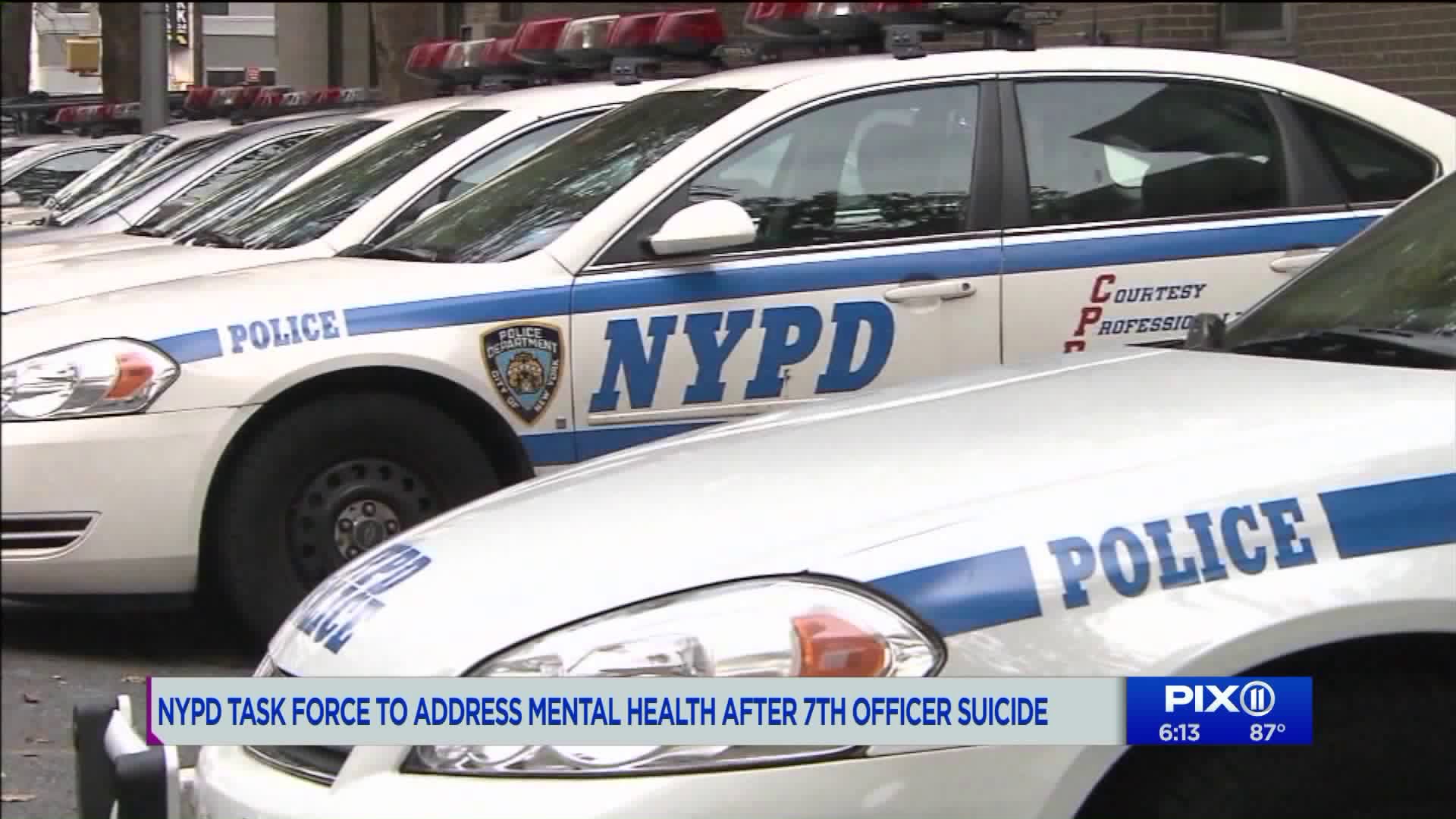 An NYPD officer killed himself Saturday and become the seventh suicide with the department this year; it`s part of what the NYPD commissioner has called a "mental-health crisis." Four NYPD officers died because of suicide in all of 2018.

NEW YORK — An NYPD officer killed himself Saturday and become the seventh suicide with the department this year; it's part of what the NYPD commissioner has called a "mental-health crisis."

Four NYPD officers died because of suicide in all of 2018. The rise in suicides is a trend we are seeing across the country. Members of law enforcement are trained to help and protect others while their own struggles are masked and not discussed openly, until it is too late, experts said.

”We’re not victims, but that is not always true. We’re human beings. We get depressed and so I think that’s the challenge we have,” said NYPD First Deputy Commissioner Ben Tucker.

That challenge is something is dealing with head on. He was appointed by NYPD Commissioner James O’Neill almost one month ago to lead a task force to look into the health and mental wellness of the force. The issue is more important than ever after the NYPD sadly lost a seventh member to suicide over the weekend.

Saturday, 30-year-old Sergeant Terrance McAvoy was found inside of his Staten Island home. He's believed to have killed himself with his department-issued handgun. Commissioner O’Neill called his death a tragedy upon tragedy.

“These are extremely difficult jobs and you couple that with whatever personal issues people have and it’s not a good recipe. People shouldn’t feel they can’t come forward,” said O’Neill.

Tucker said it is now the department’s priority to bring the number of suicides down, but first they are working to tackle the stigma surrounding getting help for mental health.

Hundreds of members of the senior executive staff are scheduled to meet in a conference in the next week or so and they will receive training and be educated to recognize important signs of mental distress within their own command posts. Tucker’s task force even sent a delegation out to Los Angeles, California. There, the police department found success in bringing in clinicians and psychologists to make rounds at all of their precincts. That model is expected to be replicated here with the help of ThriveNYC, the city's mental health initiative.

There is even an app in development. The goal to make getting help easily accessible, anonymous and completely confidential.

On their website,  the NYPD lists numbers  for their Employee Assistance Unit, Chaplain’s Unit, peer assistance program, and other resources.

If you or someone you know is considering suicide, contact the U.S. National Suicide Prevention Lifeline at 800-273-TALK (8255). It’s a free, 24/7 service that offers support, information, and local resources. You can also  click here  for additional hotlines within the tri-state area and the nation.

If someone you know exhibits warning signs of suicide, the  American Foundation for Suicide Prevention  advises that you do not leave the person alone, call a prevention hotline, and take the person to an emergency room or seek help from a medical or mental health professional.

For more information on suicide prevention, including additional resources and warning signs, you can visit the  American Foundation for Suicide Prevention’s website .