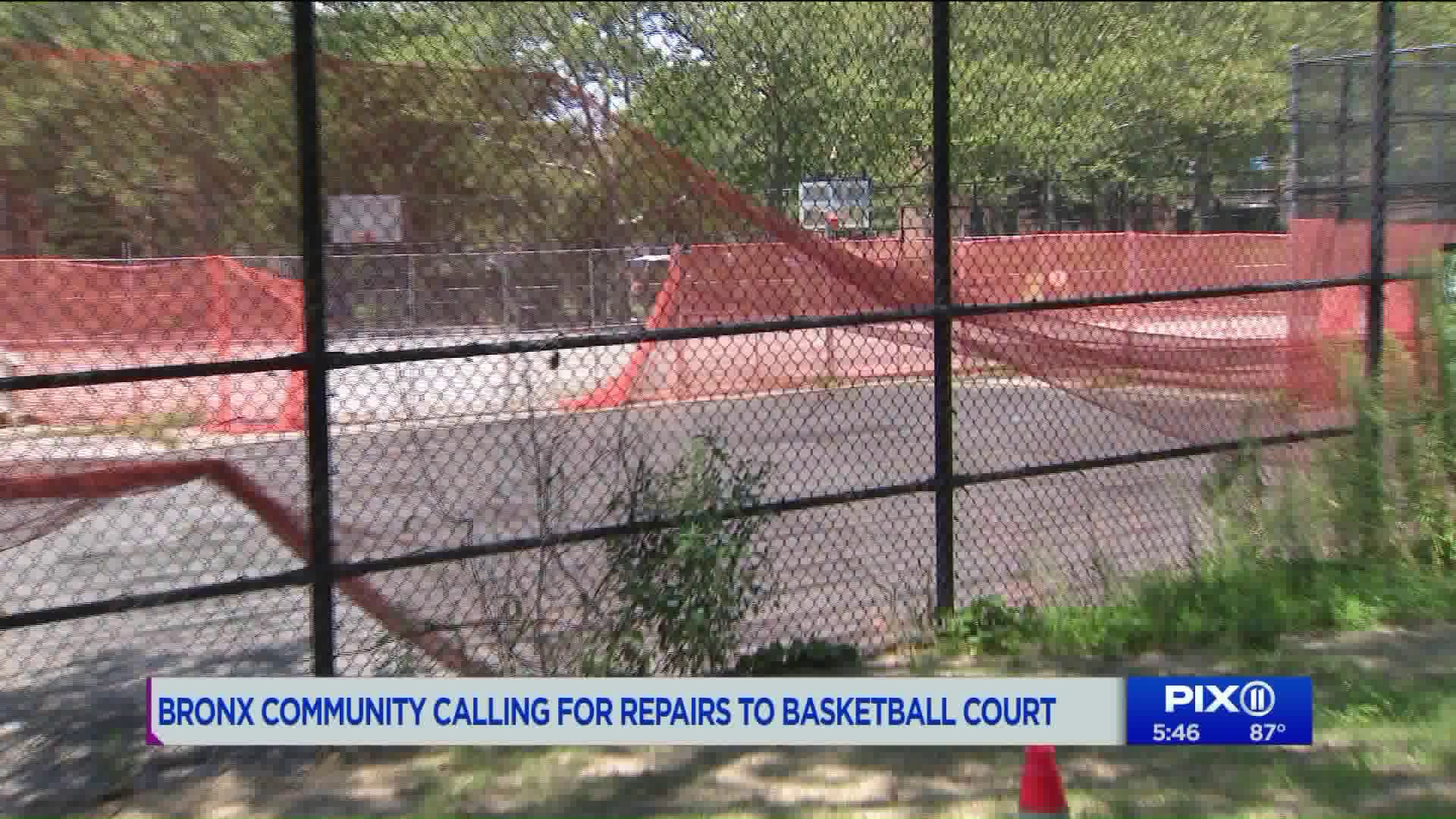 Castle Hill Houses residents say city workers began work on basketball courts more than a 18 months ago, but then left and didn`t return. Tenant Association President Roxy Reed wonders what`s taking so long. Reed said she can`t get a straight answer when she asks the city when these courts will be finished.

THE BRONX — Castle Hill Houses residents say city workers began work on basketball courts more than a 18 months ago, but then left and didn't return.

“Kids are locked out of their own basketball courts," Reed said.

Reed said she can't get a straight answer when she asks the city when these courts will be finished.

“We have National Night Out with the police and a basketball tournament with the Police Athletic League, and this is a disgrace to our community,” complained Reed.

Police Athletic League Director David Davis, who runs the summer program for 250 plus kids, says the city promised him the basketball courts would be available in two weeks.

“It’s hard to do basketball without an actual court,” said Davis.

Reed said the city told her the courts would be finished in September.

PIX11 reached out the Parks Department and NYCHA.

A parks department spokesperson tells us, “The basketball courts are closed as a part of a NYCHA project.”

A NYCHA spokesperson told PIX11, "The construction work at 2165 Randall Avenue is part of NYCHA's commitment to provide reliable heat for Castle Hill residents during the upcoming winter season. The Authority is working closely with the Parks Department to restore the basketball court for the community by late August."