1 dead, 11 others injured in shooting at community event in Brooklyn park 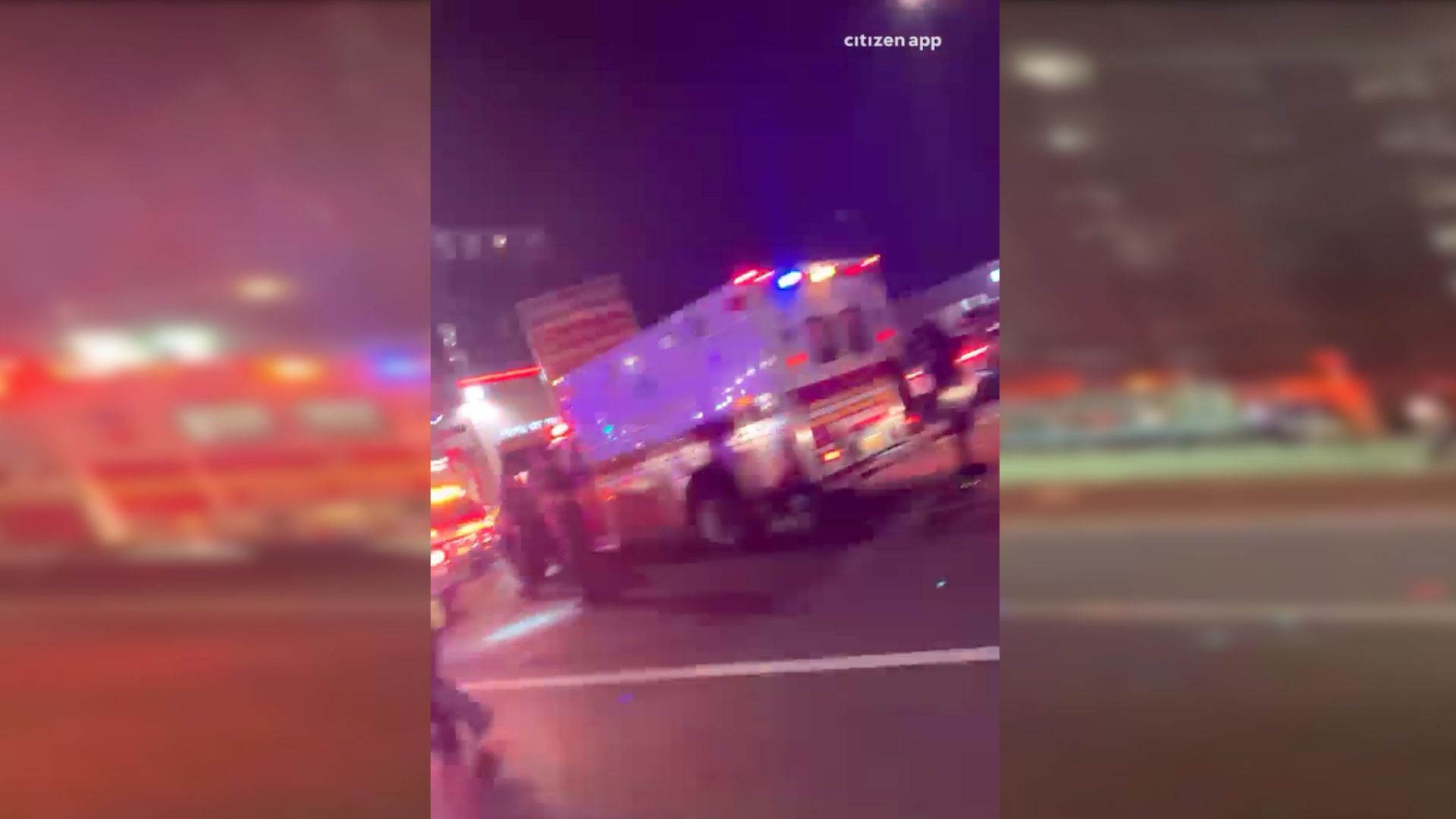 Gunfire at a large, outdoor event in Brooklyn killed one man and injured at least 11 others late Saturday night, police said. Twelve people were shot, including a 38-year-old man who was dead on arrival at a local hospital, a New York City police spokesman said around 3:30 a.m. Sunday. The police spokesman said he did not know the identity of the man, who was shot once in the head. FDNY officials said the initial call came in just before 11 p.m. 10:54 p.m, responding at 96 New Lots Ave.

BROWNSVILLE, Brooklyn — Late night gunfire at an outdoor event in Brooklyn killed one man, wounded 11 other people and sent hundreds running for cover despite a large police presence in the area.

The shooting erupted just as a crowd of thousands at the annual Old Timers Event in the Brownsville neighborhood was beginning to disperse Saturday, officials said at a news conference Sunday.

"There were a lot of people just chilling and having a good time," Kaseem Collins, 19, told the Daily News. Then, when shots rang out, "we all started running," he said. "I ran as fast as I could away from everyone. I thought I was going to get shot."

A 38-year-old man died with a single bullet wound to his head, a New York City police spokesman said. His identity has not been released yet.

Talking about the 12 victims, NYPD Assistant Chief Jeffrey Maddrey said seven were men, including the man killed and another man in critical condition "fighting for his life right now." The remaining five injured were women.

Maddrey said those struck in the shooting were between the ages of 21 and 55 years old.

NYPD Commissioner James P. O'Neill said earlier Sunday that six of the wounded had been released from the hospital. Hours earlier, a New York City fire department spokesman said some were in serious condition.

O'Neill said police do not have a suspect but they believe there were no less than two shooters and two guns used. One weapon has been recovered as of Sunday morning, he said.

The police commissioner said 2,000 to 3,000 people were attending the event next to a playground, and that more than 100 police officers were stationed there.

A 2010 newsletter from the parks department described the Old Timers Event as a celebration of former members of the Brownsville Recreation Center "who went on to success and fame in sports and other endeavors." It said the event has grown over the years to include concerts and other things.

"One of the worst experiences of my life," City Council member Alicka Amprey-Samuel tweeted. "How does such a beautiful and peaceful event become overshadowed by tragedy in seconds?"

"It was chaos," Gary Miller, a 60-year-old vendor at the event, told the New York Post. "Shots rang out and the crowd was already dispersing and you heard about 9 to 11 shots and everyone was running and scattering for cover."

Videos posted on social media showed police clearing large groups of people out of the area around the recreation center following the shooting. Photos from local news outlets showed several people taken from the scene on stretchers, including some with what appeared to be minor wounds.

By mid-morning, the area was cordoned off with police tape. Plenty of litter was strewn about the ground.

Brownsville is an east Brooklyn neighborhood that's continued to struggle with gun violence, even as New York streets become safer than they have been in decades.

"We will do everything in our power to keep this community safe and get guns off our streets," de Blasio tweeted.

State Sen. Roxanne J. Persaud echoed de Blasio, adding the hashtags "#StopTheViolence" and "#PutDownTheGuns" to her tweets expressing frustration with the shooting, which she called "unacceptable" and "cowardly."

"Our community mourns again. We should be able to have fun in open spaces without fear of violence," tweeted Persaud, whose district includes Brownsville. "Respect your community. We are better than the violence."

Authorities are urging anyone with photos or video from Saturday night, whether it's before, during, or after the incident, to share their footage with police.