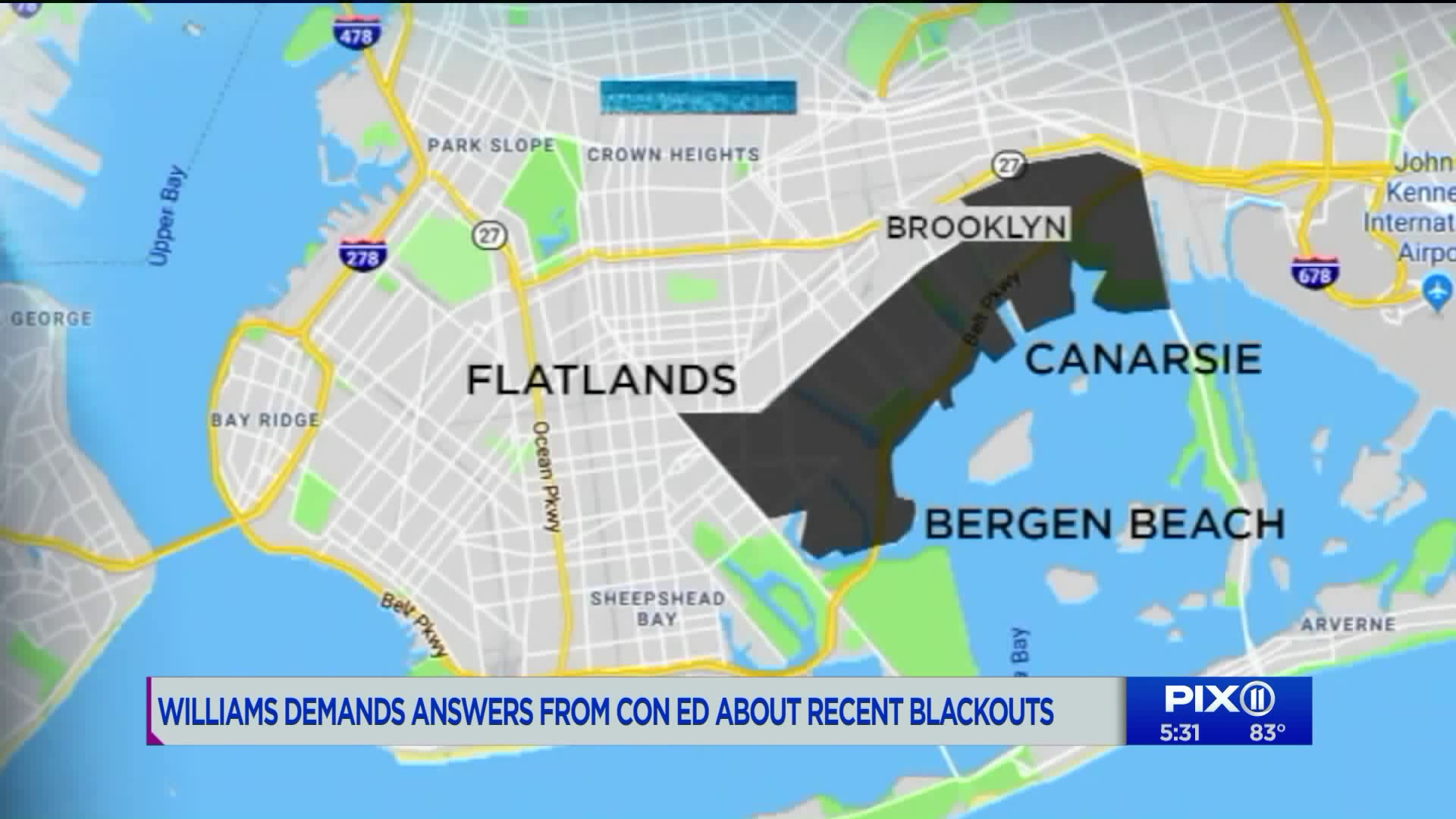 The often-outspoken Public Advocate`s comments on the blackouts were surprising to some.

BROOKLYN — Con Edison is already staring down impending investigations by the city and state for the Midtown blackout and the heat-caused Brooklyn and Queens blackout.

Now the NYC Public Advocate Jumaane Williams is weighing in. He spent several hours ate the Con Ed Brooklyn office Friday. When he emerged he called the utility’s explanation of some events reasonable, but intended to verify their information.

“There are normally certain issues that occur on a regular basis, that coincidentally happened in a cluster where it does not usually happen,” Williams said he was told. “To prevent them from being worse, they had to make that decision [to kill the power]. That reasoning seemed to be somewhat persuasive.”

Beginning Sunday night, tens of thousands primarily across Flatlands Mill Basin Bergen Beach and Canarsie were taken off line when equipment began to fail. Williams said where the utility and the city faltered was in not warning residents as soon as the decision was event being considered.

”The questions that remains are how are we getting that information to the public in enough time so people like my elderly aunt and uncle can make medical decisions they need to make with the power going out,” Williams said.

Williams said he will press Mayor de Blasio and the Office of Emergency Management about where there was a gap in communication. In theory, both offices are supposed to be communicating closely during crisis situations like heat waves.

Yesterday, de Blasio dismissed the idea that the city was not ready willing and able to speak with Con Edison any where or any time. He was also less willing to accept the fact that utility could not do something to prevent this from happening in the future.

The Public Advocate stressed he wants to verify everything Con Edison told him about the problems that occur, and cross-check with other utilities in dense cities around the country.