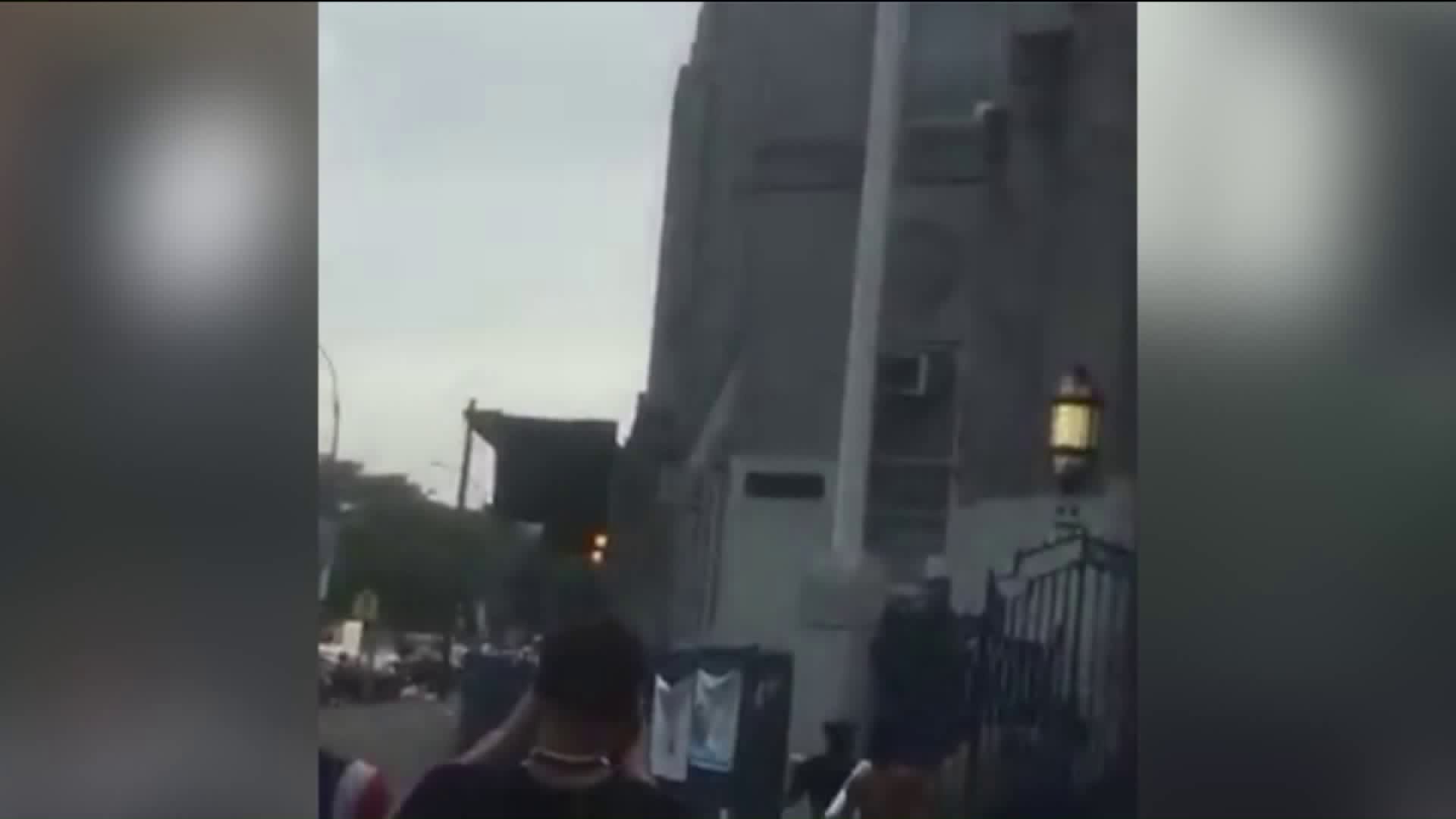 The NYPD is looking for up to 10 new suspects in the recent series of incidents involving officers being doused with buckets of water.

HARLEM — The NYPD is looking for up to 10 new suspects in the recent series of incidents involving officers being doused with buckets of water.

All 10 individuals described the NYPD are involved with the Sunday evening case where uniformed officers were drenched and one was hit with a bucket that struck him in the head. The officer suffered pain and swelling to the back of his head while those involved fled in an unknown direction.

So far, a handful of arrests have been made including one in the Harlem incident.

Robert Perez, a 24-year-old, was arrested in connection with the drenching of two female officers with water Sunday night. It took place at 7 p.m. on East 173rd Street in Charlotte Gardens. He was arrested Thursday.

The NYPD’s Sergeants Benevolent Association continue their call for NYPD Commissioner James O’Neill to resign. President Trump has also been critical of the dousings.

Anyone with information in regard to the identity of the males is asked to call the NYPD's Crime Stoppers Hotline at 1-800-577-TIPS (8477) or for Spanish, 1-888-57-PISTA (74782). The public can also submit their tips by logging onto the CrimeStoppers website at WWW.NYPDCRIMESTOPPERS.COM, or on Twitter @ NYPDTips.