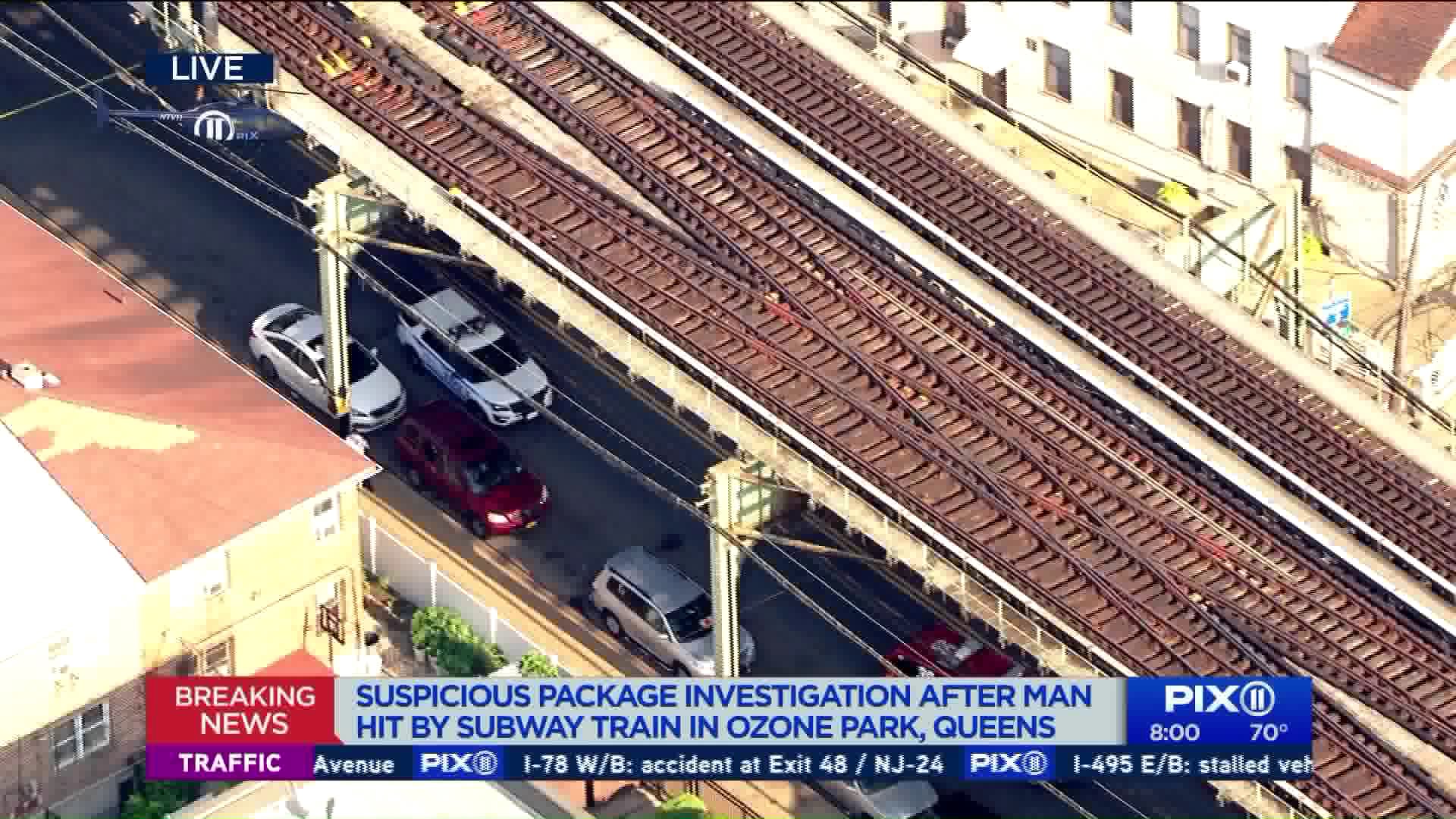 Police are investigating after a person was struck by a train in Queens and a package believed to be suspicious was found in his bag, authorities said. 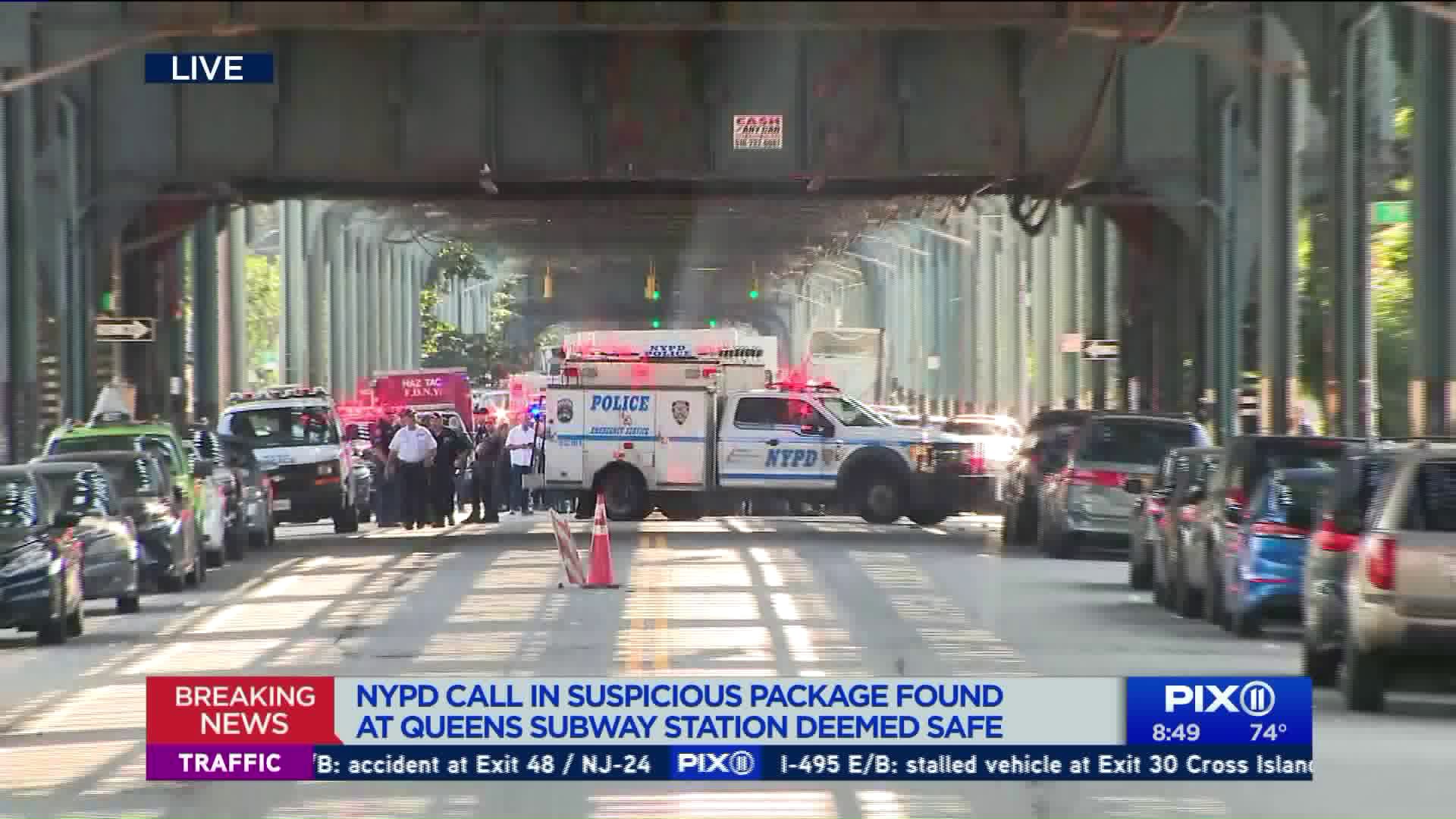 According to police, a 68-year-old man jumped in front of the train at 80th Street in Ozone Park around 6:45 a.m., police said.

He was taken to Jamaica Hospital in critical condition, police said.

When authorities arrived on scene, they collected the man's backpack and found a thermos and an object wrapped in cellophane and tubular with wires, authorities told PIX11's James Ford.

The NYPD's Bomb Squad arrived on scene and deemed the package safe.

The suspicious package @MTA 80th Street/Hudson Station in the @NYPD106PCT was deemed safe by @NYPDCT Bomb Squad. Expect to see residual delays in the area. pic.twitter.com/mcDg5Wtdjc

As police investigation was underway, service on the A line was temporarily suspended in both directions between Euclid Av and Lefferts Blvd/Howard Beach. Service has since resumed, but commuters should expect residual delays.

PIX11's James Ford was at the scene.

AIR11 was over the scene.