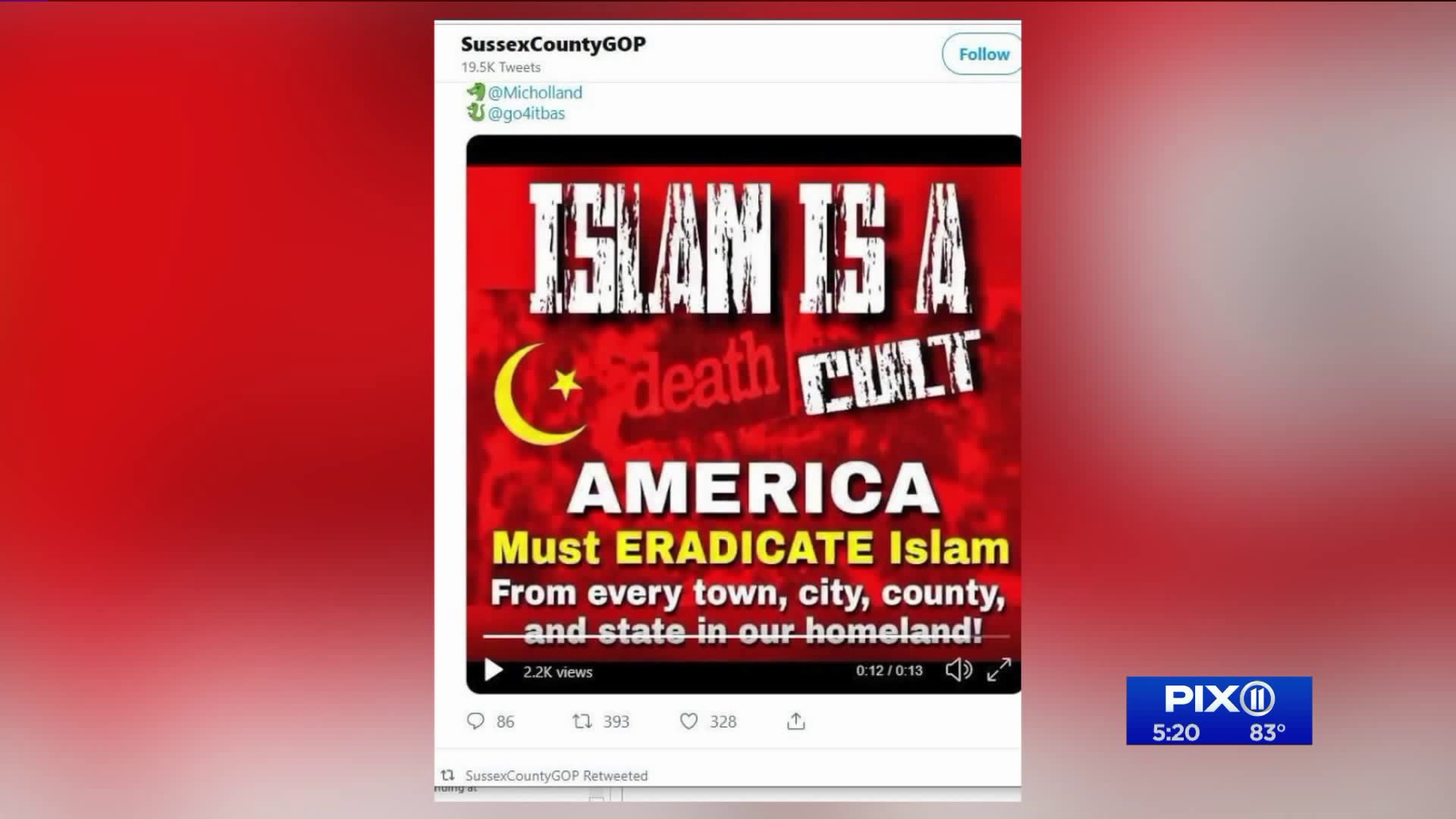 Two New Jersey officials are under fire after content they posted on social media raised eyebrows.

SUSSEX COUNTY, N.J. — Two New Jersey officials are under fire after content they shared on social media was deemed racist and anti-Muslim.

When the controversial retweets started surfacing on the Sussex County GOP Committee’s official Twitter page, it hit a sour note with some critics.

Another retweet called to “eradicate Islam from every town, city, county and state in our homeland.”

When some in the county started asking questions, the Sussex County GOP Committee issued a statement appearing to pin the blame on their Chairman, Jerry Scanlan.

In a statement to PIX11, Executive Director Kelly Ann Hart, “Scanlan has agreed to remove himself from involvement in any social media platform concerning the Sussex County Republican Committee. “

“Social media posts or tweets/ re-tweets, prior to 5pm July 25, 2019, should be considered the opinion solely of Mr. Jerry Scanlan and NOT the Sussex County Republican Committee.”

On Monday, Scanlan took "full responsibility" for the posts.

"I had total control over the account. My goal was simply to build up our account for ourselves as well as in support of the President and his re-election," Scanlan said in a statement.

Scanlan went on to say the tweets as "human errors of judgment for which I apologize."

"Anyone who knows me knows that I do not harbor negative feelings or hate towards anyone regardless of Religion/Sex/Race/Political Affiliation or anything. The diversity of our nation is its strength. My intent in building this account was solely altruistic for the benefit of all of us. Regardless, I have been accused of being many things by people who do not know me," Scanlan stated.

Many in the district have now called for his resignation.

CAIR has condemned both officials and Mubarak-Rowe warns of dire consequences if this type of rhetoric doesn’t stop.

“These things have extraordinary outcomes because it gives people license to feel they could go out and commit these acts of violence.”

We made several attempts to reach out to both Scanlan and Leonard. Our calls and emails were not returned.