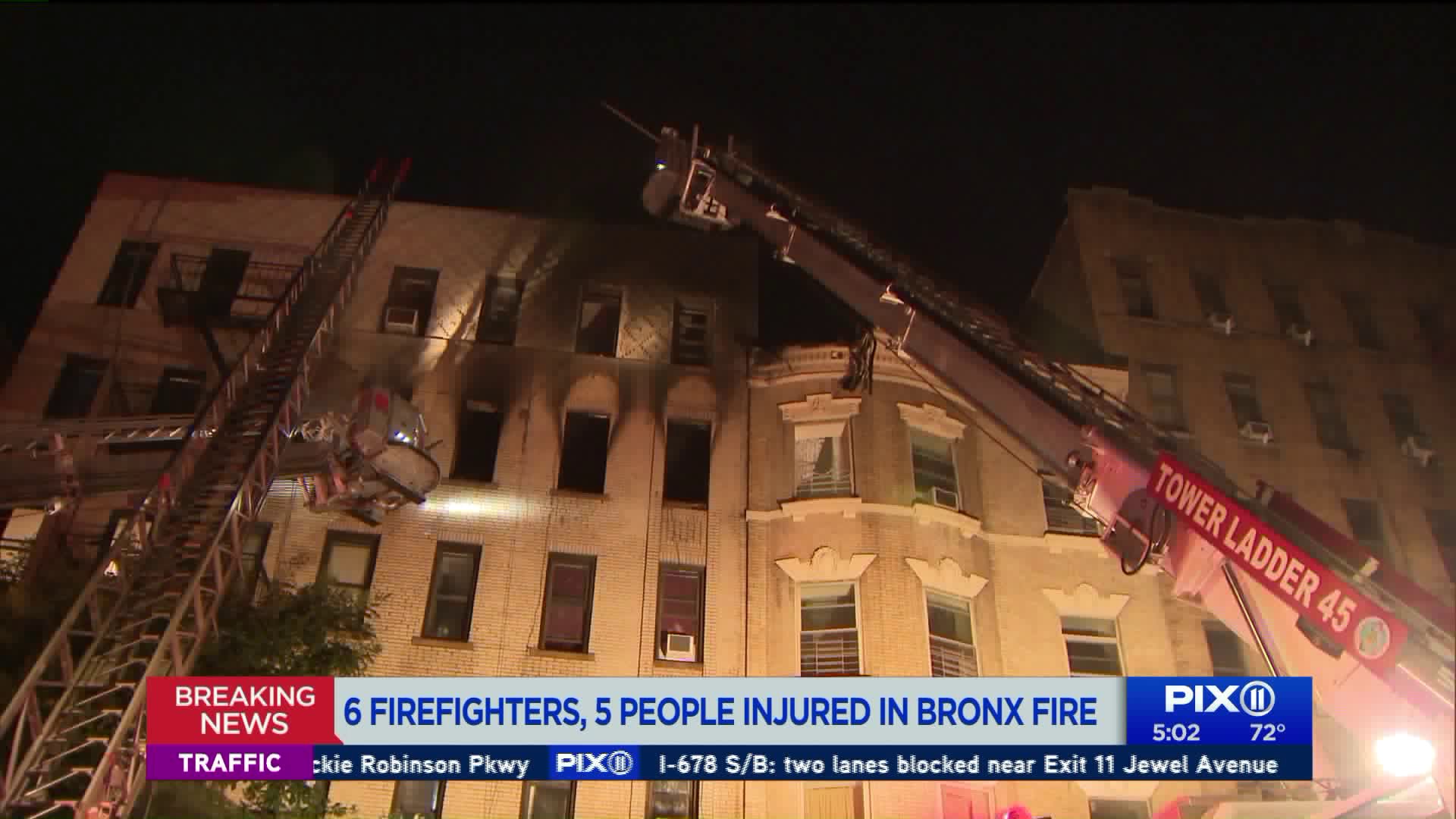 About 165 firefighters responded to the blaze and arrived to find flames shooting out of several windows on the fourth floor of a six-story apartment building, citizen app video showed.

The four-alarm blaze spread to the cockloft of the building, FDNY said.

At least six firefighters and five civilians were injured in the blaze. There was at least one serious injury, and five sustained non-life-threatening injuries, fire officials said.

One of the apartment residents said she and several of her neighbors did not hear their smoke alarms, but were awakened by the smell of smoke.

“We were on the sixth floor, there was so much smoke, we had to exit through the fire escape. We couldn’t get out the front door.”

Fifteen families were displaced due to the blaze.

The fire is under investigation.

Video correction: The woman interviewed in the video below later clarified that she did not choke on smoke, but rather, her mother smelled smoke and woke the rest of the family up so they could escape.