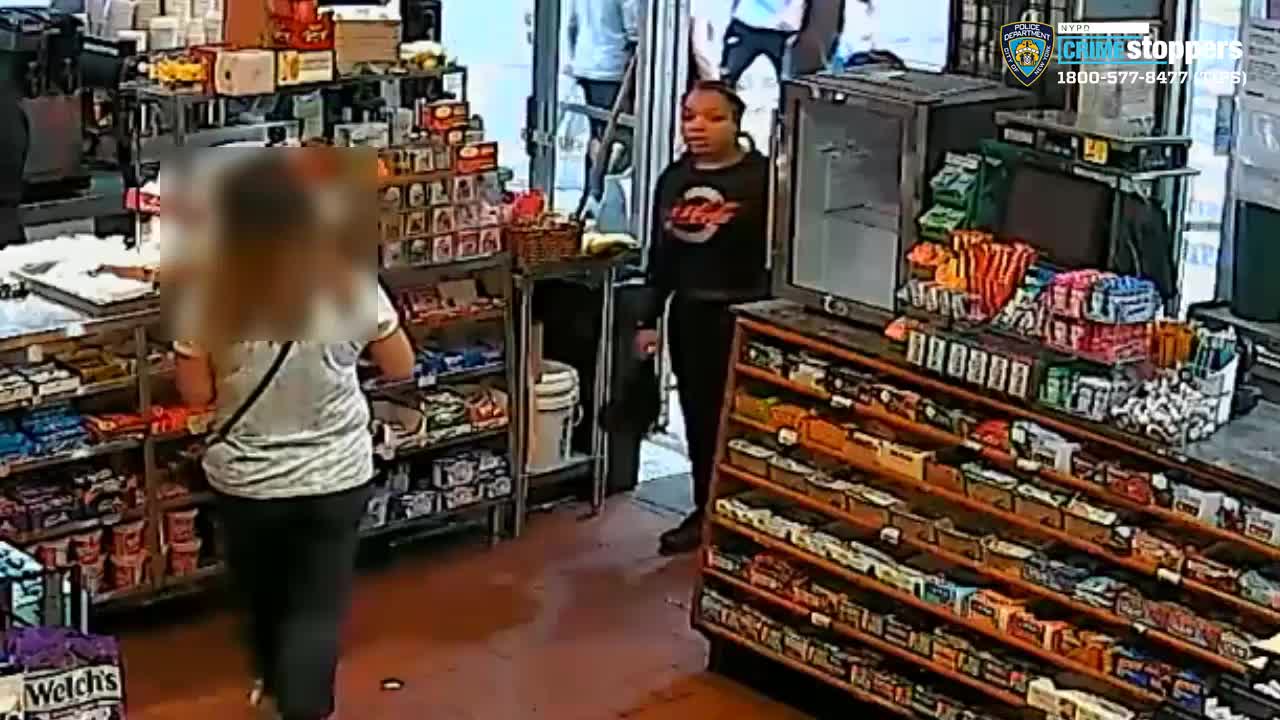 Three girls are wanted for allegedly assaulting a woman with a umbrella and a banana while attempting to steal the victim's cellphone in Manhattan.

MIDTOWN, Manhattan — Police are searching for three women who tried to steal a woman's cellphone after attacking her with an umbrella and a banana last month, according to authorities.

On June 16, three women surrounded the 40-year-old woman in the vicinity of Madison Avenue and East 54 Street and tried to engage her in conversation, according to police.

When the victim tried to get through them, one of the women allegedly struck her in the head with an umbrella while another tried to grab her cellphone and bag.

The victim was able to hold on to her property and ran into a nearby deli, according to the NYPD.

The women then followed the victim into the store and one of the attackers was be seen in surveillance footage throwing a banana at the victim, while another tried to take the victim's cellphone.

All three women sought are described to be 16 to 20 years old.