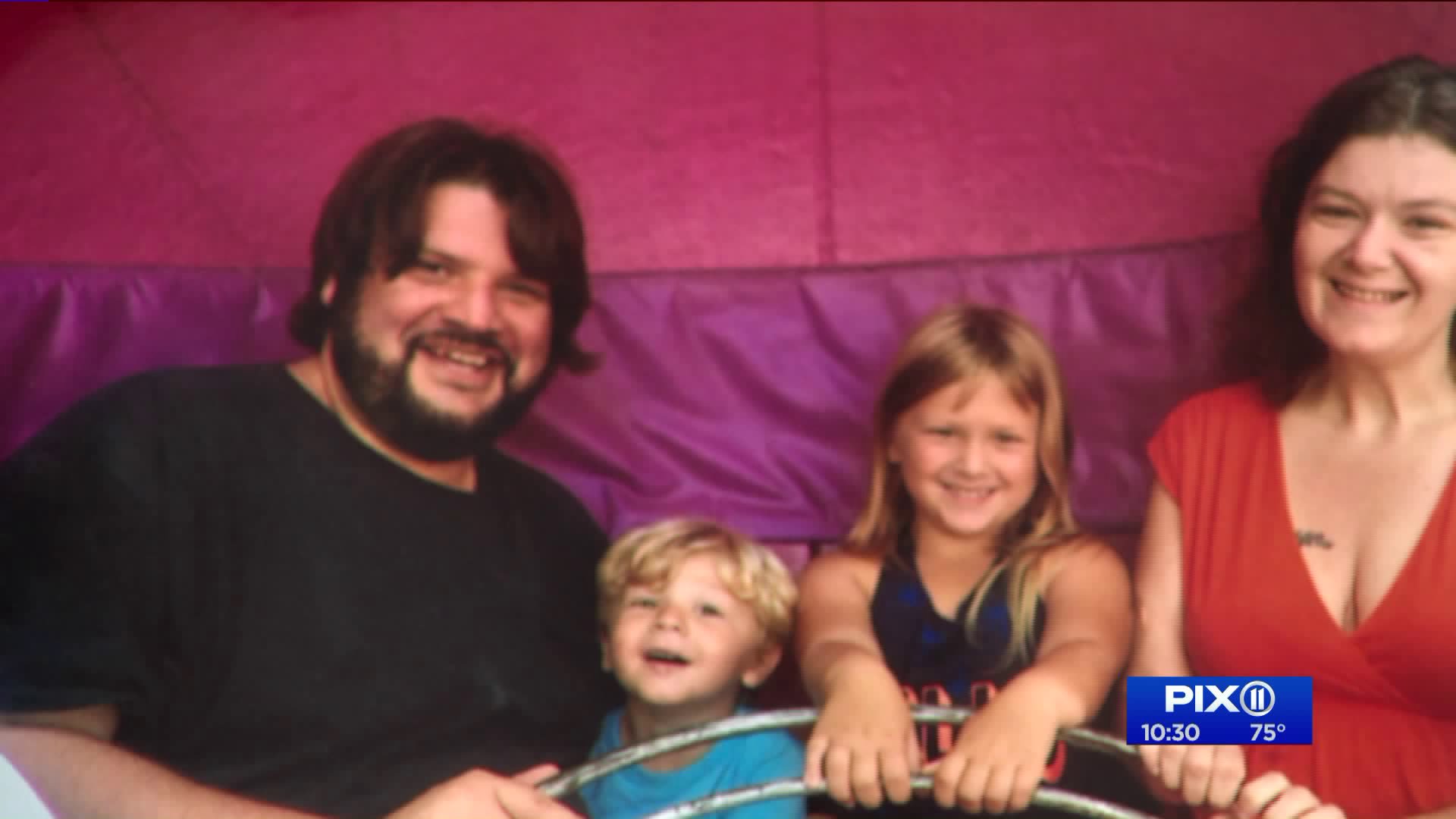 Rachel Azimi`s husband, a Bronx special needs teacher, died from a heroin/fentanyl overdose in a school bathroom just after Thanksgiving in 2017.

Matthew Azimi was 36 and he had also battled alcohol issues as a younger person.

Now Azimi’s widow, a mother of three who gave birth to her last child several months after her husband's death, is fighting a liquor distillery proposed for her hometown of Carmel in Putnam County.

It’s supposed to be built very close to the property that houses “Arms Acres," a residential rehab facility for substance abusers that also features an outpatient center on Seminery Hill Road.

“They hold public AA meetings on that street,” Rachel Azimi told PIX11 during a recent visit with the widow at her home in Carmel. “Basically, the individuals going for AA treatment are going to see a tourism attraction dedicated to alcohol.”

The Alexandrion Group, based in Romania, sold ten million bottles of brandy last year and received awards in the European business community.

It’s now expanding its operations overseas to picturesque Hudson Valley, where state legislators pushed through a special law that allows Alexandrion to sell liquor in retail stores on the same premises where it produces the brand.

Matthew Azimi was discovered dead in a locked faculty bathroom with a syringe in his arm, after shooting up in the hours after his students were dismissed.

The teacher had been secretly fighting a heroin addiction, even though his wife of 10 years knew he had struggled with substance abuse in the past and used suboxone as a treatment for years.

Azimi tried to get off suboxone when his wife was pregnant with their third child and then relapsed, surviving an overdose in September 2017 that sent him to the hospital.

He initially told his wife he landed in the emergency room with food poisoning.

Matt Azimi later confided to her that he was returning to meetings, because the devil of addiction was getting a grip on him again.

“The placement of this distillery is what really concerns me,” Rachel Azimi said. “My husband died because he was an addict. This seems like you’re prioritizing money over human lives.”

Assemblyman Kevin Byrne said he understands the widow’s anguish but feels state legislators, with support from Governor Andrew Cuomo, need to look out for the greater needs of Carmel.

“I grew up in this area, I went to Carmel High School,” Byrne said. “I’m very empathetic to anyone affected by the heroin epidemic. That said, there are a lot of other businesses that provide alcohol, beer. There are distributors and head shops that are down the street as well.”

Byrne pointed out, “This distillery is going to put $40 million of investment into a property that hasn’t seen that for quite some time.”

The other benefits include “the creation of over 100 new jobs. It could also be a boost to our tourism sector.”

The Town Supervisor said the distillery will be located close to Interstates 84 and 684, adding “the Governor supports this project 110 percent.”

PIX11 paid a visit to Arms Acres, the rehab center that was founded 37 years ago by the widow of a man killed by a drunk driver.

The victim was on his way home from an AA meeting when he was hit.

The CEO of the facility told us 35 to 40 percent of the residential clients have alcoholism as their primary diagnosis.

“Some of the staff bring up concerns about possible alcohol smells in the air," she said.