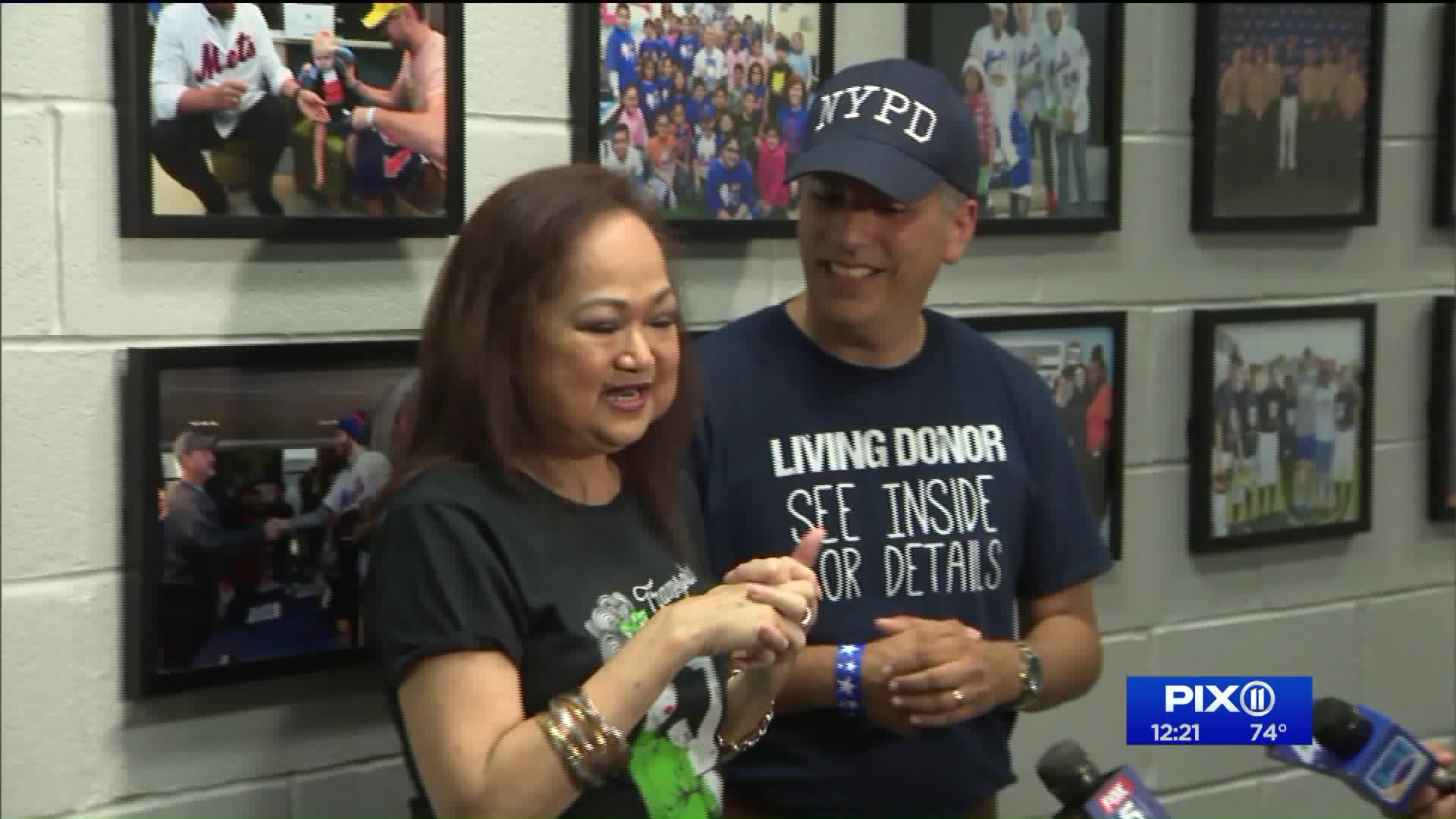 A kidney donor and recipient met for the first time Wednesday and the story of how they were matched is a unique one.

A kidney donor and recipient met for the first time Wednesday and the story of how they were matched is a unique one.

It began last summer when NYPD Detective Michael Lollo was in Times Square. He looked up and saw a 5,000 sq. ft. billboard. It had the face of a smiling man and a brief message "MY NAME IS MARC. I NEED A KIDNEY. YOU CAN HELP.

After seeing the billboard, Lollo got tested. He wasn't a match for Marc Weiner, but within the National Kidney Registry, there was a match. Wednesday afternoon, donor and recipient met for the first time. The recipient is Pittsburgh mom Ruth Tisak.

There were tears as Tisak recounted the difficult transplant surgery to receive Lollo's left kidney.

"It was a scary time. When I woke up, they handed me two letters and a card from Michael," said Tisak. "You know how many days it took me to read it? A long time. I couldn't keep on going because the words he was saying to me was just so beautiful all I did was cry."

Lollo is what's referred to as an altruistic donor, someone who donates a living organ to a stranger. When Lollo said he didn't consider himself a hero, Tisak was quick to correct him.

"I think it's a small price to change somebody's life," said Lollo. "What I think is so special about today is people donate they don't always get to meet their recipient."

There was emotion and tears, but there was also plenty of laughter today as well.

"He's a Yankee fan and I'm a Mets fan, my dream was for us to go to a Mets and Yankees game," said Tisak.

Weiner was also at the heartfelt meeting.

"I still need a kidney, but [that] I was able to do something like this is fantastic," said Weiner.

While they missed the recent Subway Series, this trio who came together because of a billboard above the crossroads of the world now have an unbreakable bond.

"I feel it's just the beginning," Lollo said. "We're going to be connected forever. I have joy is really the best way I can describe it."

"My whole family is now his family," said Tisak. "He would always sign what he sends me 'forever connected' and I will always sign it 'forever grateful.' So forever is the word we always use."