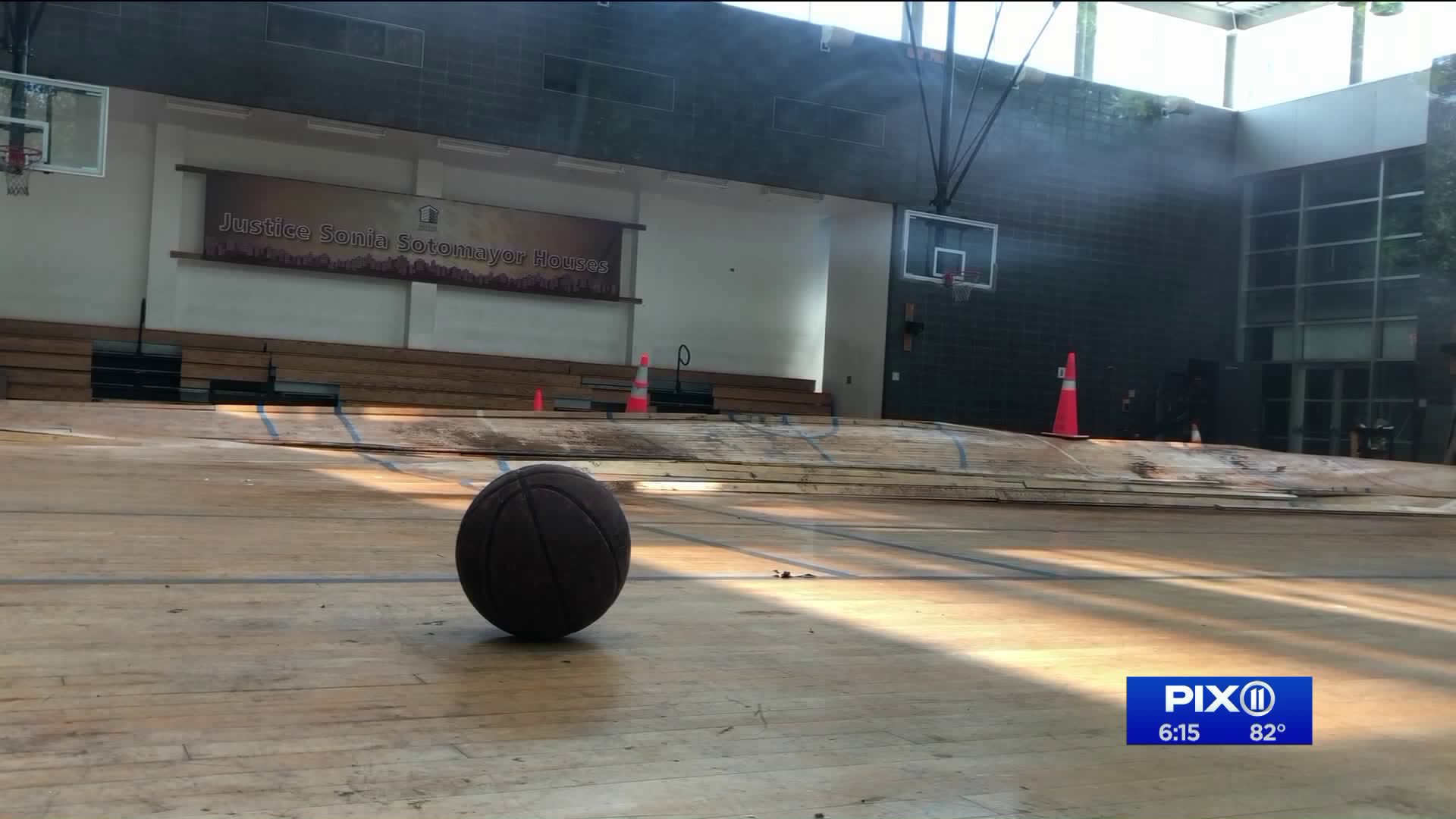 Water damage has left the community center in shambles. The center is usually a haven for children, especially during the summer.

SOUNDVIEW, the Bronx — At first glance it looks like the aftermath following the takeover in a zombie movie, but it’s reality for this community in the Soundview section of the Bronx.

The gym inside the Justice Sonia Sotomayor Community Center on Rosselle Avenue used to be a place where many of the neighborhood children came to hang out and play basketball, but this week it was shut down after the gymnasium’s floors buckled.

Hazard cones are scattered amid the mess.

A notice posted outside advised residents that the center was closed and that activities were relocated to another site.

“You leave a voicemail and that’s it - they saying that they moved somewhere else, but they won’t say why or what’s going on,” resident Kimberly Abrams said.

She says water damage inside the gym was first noticed last October.  Nothing was done despite complaints.

Her nephew now has nowhere to go

“You know that’s something for the kids so they could get off the street and won’t get in trouble you know," she said.

Community advocate Michael Beltzer has held a number of local events at the space and just doesn’t understand how NYCHA, which maintains the site, allowed it to get to this point.

A spokesperson for NYCHA told PIX11 in a statement that "it’s working with DYCD to repair damage to the gym floor caused by a previously repaired leak and address any outstanding issues in order for the center to be re-opened for the community.”

A timeline for those repairs was not immediately clear.

Abrams has her doubts.

“NYCHA just don’t want to do anything. They don’t respect us.”