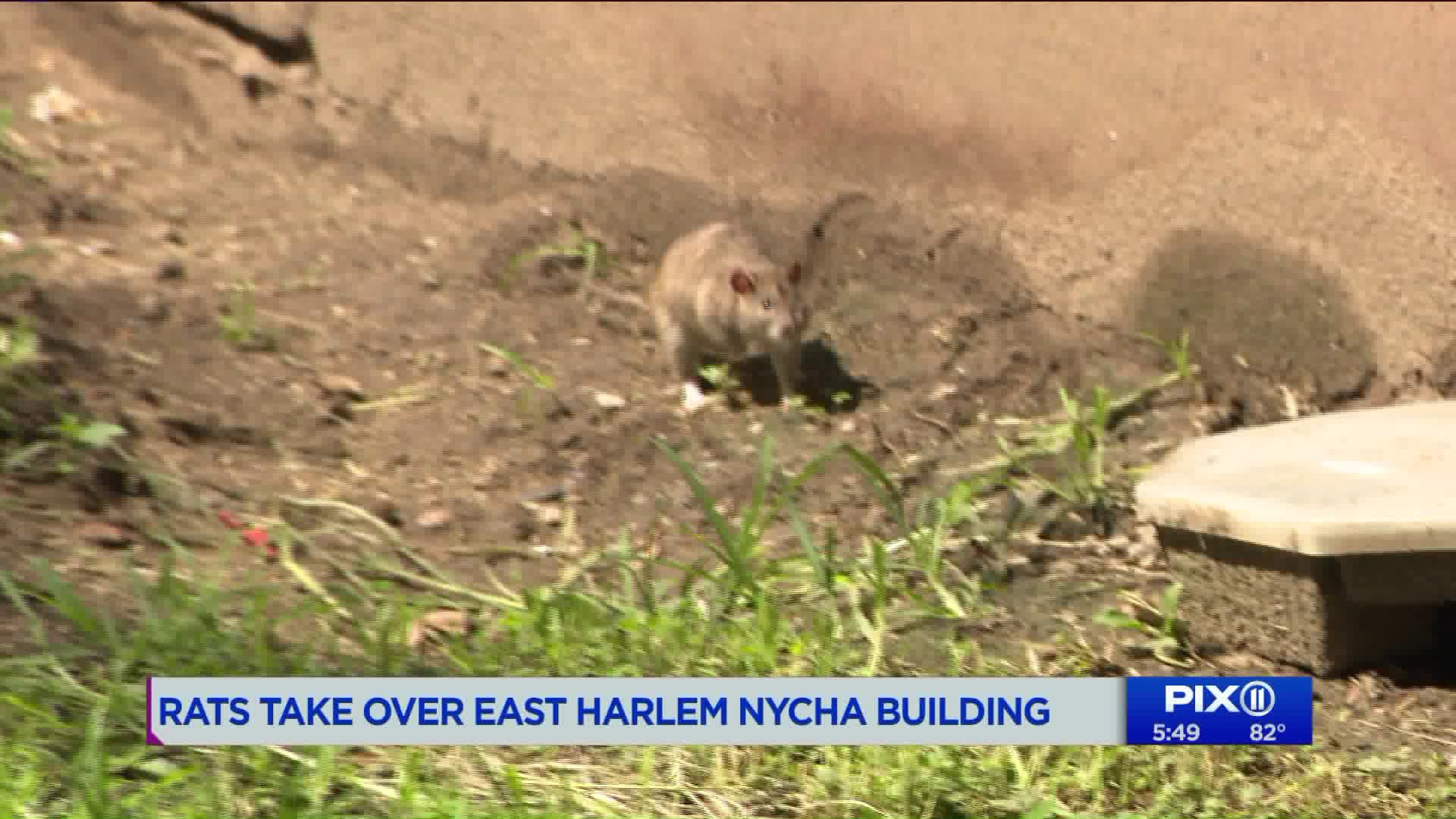 Families in the public housing development feel like they`re hostages in their own homes because of he rats. NYCHA employs only 108 pest exterminators. That`s one exterminator for every 1,400 apartments in NYCHA.

EAST HARLEM, Manhattan — The rat infestation is so bad at one New York City Housing Authority complex that residents feel they are "hostages in our own home at night."

The Washington Houses Tenant Association's executive board sent a letter to NYCHA about the problem before Winter of 2018. It noted that "rats start to come out at 6 p.m. like clockwork." The rats are still a problem now, according to Tenant Association President Claudia Perez.

"I have more rats than I do residents," she said.

PIX11 obtained video of huge rats running under parked cars at the complex in May.

"It's the same," she said, noting that conditions haven't changed. "For every four dead rats, you see 10 more alive."

A rat was spotted just feet away from the door of a day care at the housing complex on Thursday.

Perez did note that residents need to take responsibility for their garbage, which feeds the rodents.

In the letter, she wrote "compactors are closed and have been out of service ... due to workers refusing to enter compactor rooms for fear of being attacked” by rats.

And there’s, “Garbage inside (trash chutes), to the point of garbage being filled all the way to the 14th floor of buildings. The rats then climb the garbage in the compactors to reach upper floors and enter apartments.”

NYCHA employs only 108 pest exterminators; that’s one exterminator for every 1,400 apartments in NYCHA.

Mayor Bill de Blasio was asked about the federal monitor’s report’s findings on the rats at the Washington Houses Thursday.”

"We don’t accept trash piling up. We will fix it and if we find personnel isn’t doing their job, they won’t be there,” he said.

NYCHA staff visited the building Thursday, according to a spokesperson.

"[They] will address any outstanding extermination needs, including sealing all entry points and installing door sweeps to affected areas," the spokesperson said. "Washington Houses is now part of the Neighborhood Rat Reduction program and will see expanded efforts by the Authority to reduce the rat population and pests at this development.”