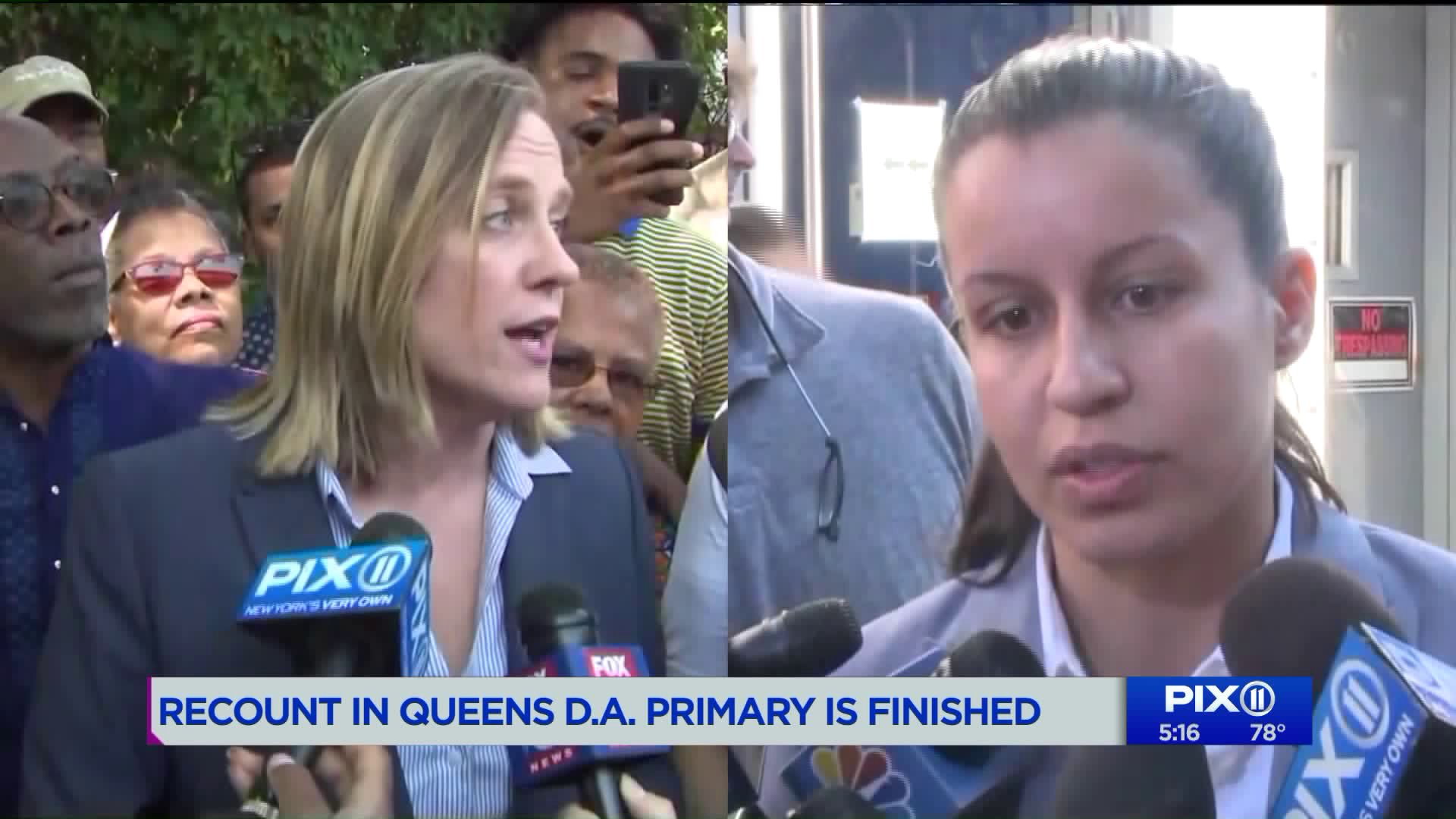 As the recount for the Queens District Attorney comes to an end, with candidate Melinda Katz in the lead by roughly 60 votes, challenger Tiffany Caban is highlighting the need to count every ballot cast by eligible and legitimate Democratic voters.

QUEENS — As the recount for the Queens District Attorney comes to an end, with candidate Melinda Katz in the lead by roughly 60 votes, challenger Tiffany Cabán is highlighting the need to count every ballot cast by eligible and legitimate Democratic voters.

Katz appears to have a 60- to 59-vote lead against Cabán, according to sources from both campaigns. The Board of Elections will officially certify the vote next week.

Cabán argued the Board of Elections didn’t include ballots that were ruled “invalid,” and she will be taking the matter to court.

“It’s been far, far too long since our communities have had the ability to be in positions of power, to be heard, to propel changes that they want seen in our communities and our system that has been rooted in this idea that community voices be heard," she said.

According to Councilman Jimmy Van Bramer, a vocal supporter for Cabán, “we ended the manual recount, but not the fight.”

Katz’s campaign declared victory during at the conclusion of the manual recount.

“We respect the recount process and the crucial role it has played in upholding our democracy and ensuring that every voice has been heard. Lawyers from both campaigns have worked closely with Board officials to maintain fairness and consistency with the law during this race. Now that every valid vote has been counted and recounted, the results confirm once again that the people of Queens have chosen Melinda Katz as the Democratic nominee for District Attorney. We wish to thank all of those who continued to believe in her message, and to the many who never gave up faith,” her campaign adviser said in a statement.

But counting additional paper and absentee ballots reversed that result, with Katz currently holding razor-thin lead, and necessitated the recount.

Katz, a former City Council and state Assembly member and the favorite of moderate Democrats including New York Gov. Andrew Cuomo, had been considered the front-runner in the race to succeed longtime District Attorney Richard Brown, who died in May.

Presidential candidates Elizabeth Warren and Bernie Sanders endorsed Cabán, a first-time candidate who campaigned on a promise to prosecute and incarcerate fewer people.

The race is being watched as a stand-in for the national tug-of-war between establishment and progressive Democratic factions.

The winner is favored to win the November general election.