A perfect In-N-Out burger found in NYC? The mystery of how it ended up in Queens has been solved 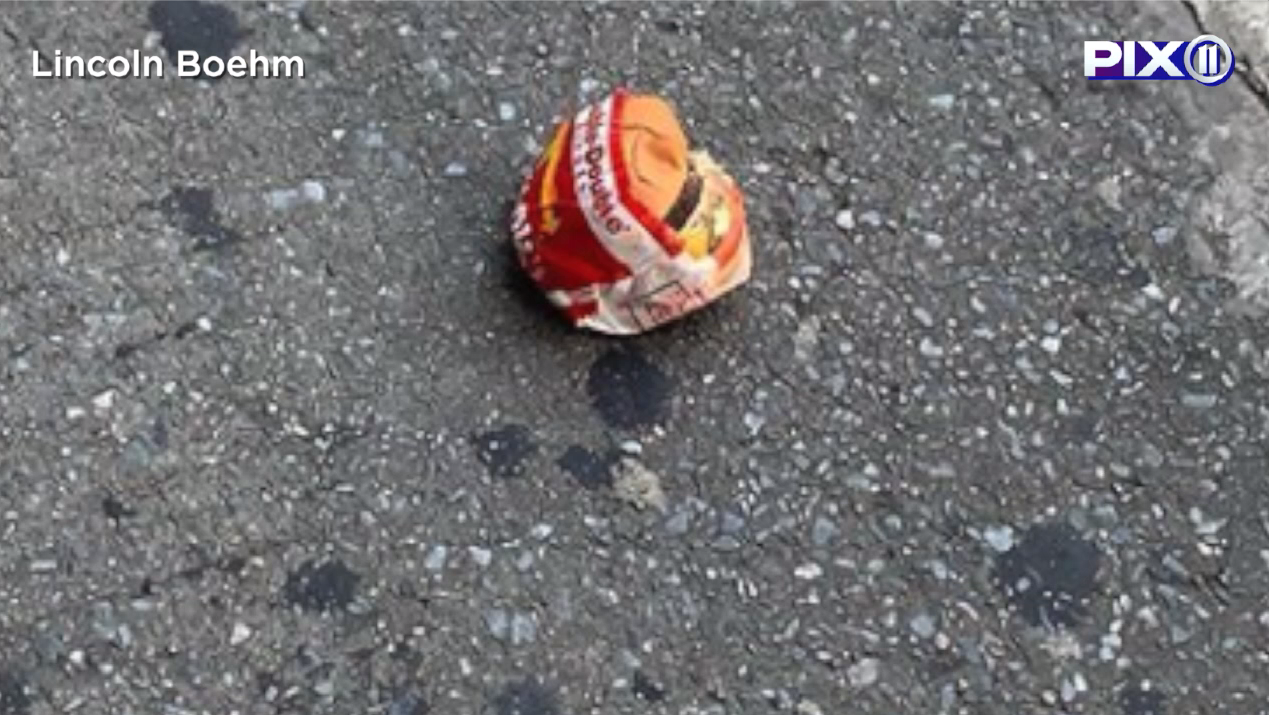 How did a perfectly wrapped In-N-Out burger end up on the streets of Queens? The mystery has been solved, and the man who made the burger discovery spoke to PIX11 News.

It’s a fast food puzzle that’s gone viral: How did a perfectly wrapped In-N-Out burger end up lying on the streets of Queens?

Some people on social media thought the burger was a stunt by the West Coast chain. Unfortunately for In-N-Out fans, that’s not the case, but the mystery of how the Double-Double got to New York City appears to have been solved.

Lincoln Boehm tells PIX11 News he and his wife made the discovery early Saturday morning. He snapped a picture which soon began trending.

"In most circumstances, you would always be happy to find an In-N-Out burger, but in this situation it was quite alarming," said Boehm.

After his photo went viral, he began getting messages from people sharing conspiracy theories of how the burger made it to New York unharmed. But it was one note from Helen Vivas that grabbed his attention.

The 16-year-old Flushing native says she ordered multiple burgers from an In-N-Out after visiting family in California.  She brought them on her plane home and was planning on saving the burgers to eat at a later date.

Vivas landed just before 5:30 a.m. Saturday morning. She saw her local bus was about to leave the stop, and ran to make it.

Unfortunately in her sprint, her In-N-Out bag broke. One of her Double-Doubles fell out.

Vivas has evidence to back up her insane story. She shared with Boehm her flight details, Instagram stories with timestamps, and her In-N-Out receipt.

Boehm is almost as shocked that his picture went viral than he is about his In-N-Out sighting. He’s using his internet fame to sell t-shirts.

All proceeds support Food Bank for New York City. So far he has sold about 250 shirts.

"I think why we can have a laugh and have fun with this , it’s important that [this story] not absorb all of our focus and attention away from some of the things that are really important," said Boehm.