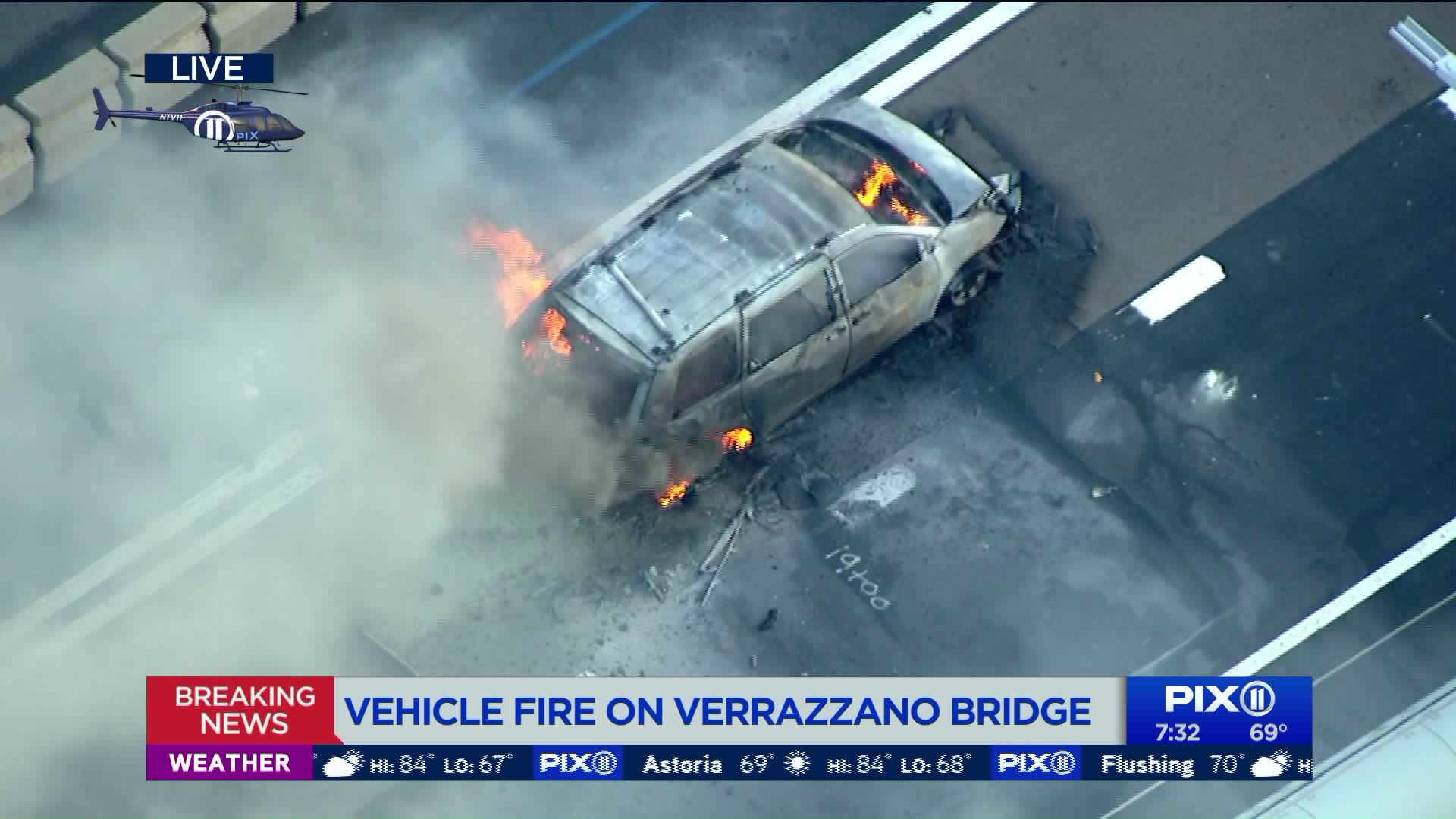 Traffic on the upper level of the Verrazzano-Narrows Bridge was at a standstill when a vehicle caught on fire while on the bridge. No injuiries were reported.

NEW YORK — A vehicle caught fire on the Verrazzano-Narrows Bridge, causing traffic and delays during the height of the Wednesday morning commute.

The SUV caught ablaze while on the upper-level of the Brooklyn-bound lanes.

Firefighters worked to put the blaze out, which caused the temporary shut down of the Brooklyn-bound lanes. A Staten Island-bound lane was also closed off by fire trucks.

Lower-level lanes remained open to traffic during the incident, but motorists should expect delays heading to the bridge.

AIR11 was over the scene.