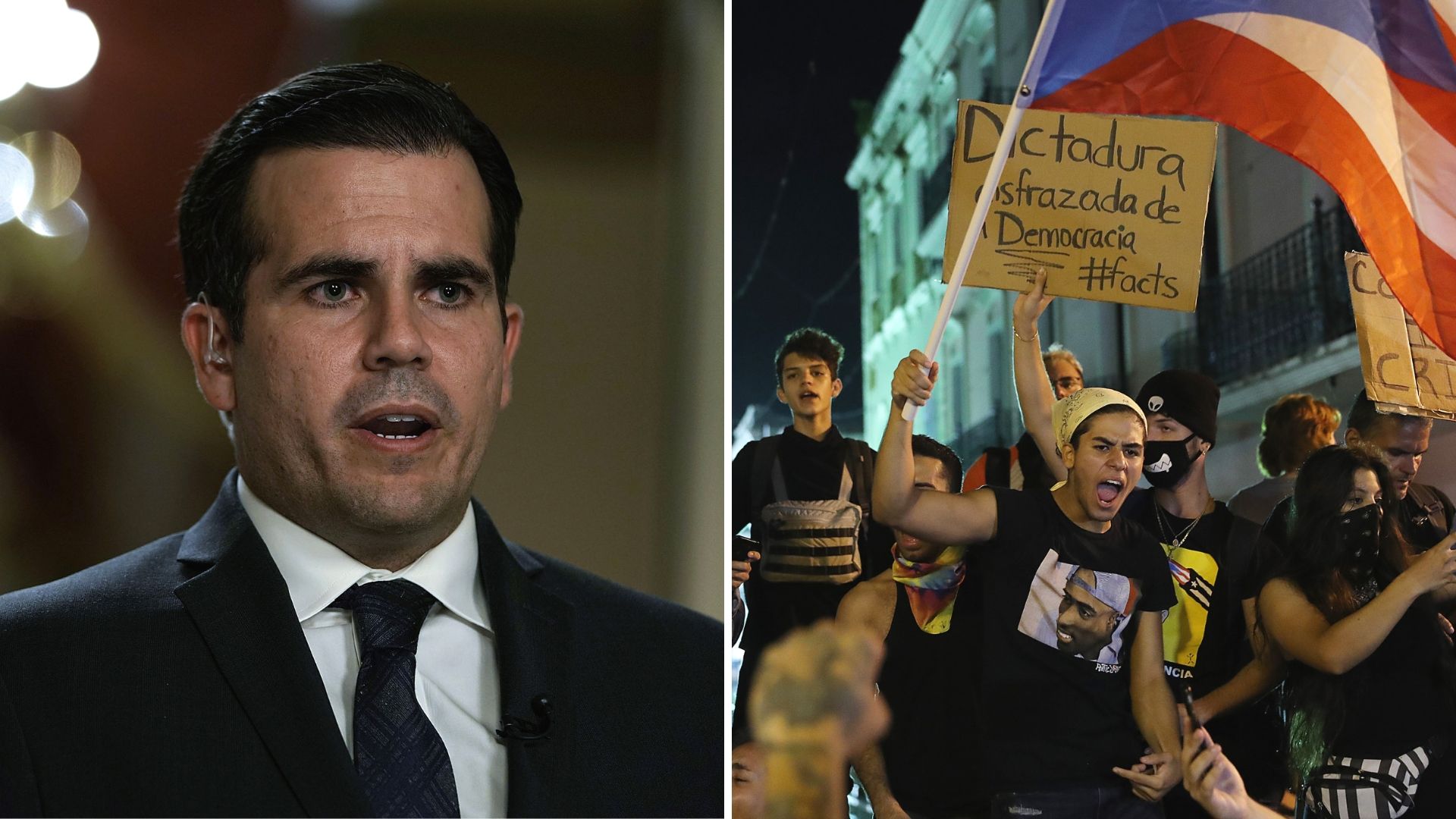 Puerto Rico Gov. Ricardo Rossell is expected to resign Wednesday after more than a week of protests that rocked the island`s capital city, CNN and local media outlets are reporting. Thousands have jammed the streets of San Juan calling for the governor`s resignation after Puerto Rico`s Center for Investigative Journalism published a series of group messages between Rossell and his inner circle that included homophobic and misogynistic language and jokes about Hurricane Maria victims.

Puerto Rico Gov. Ricardo Rosselló is expected to resign Wednesday after more than a week of protests, according to a source familiar with the situation, but Rosselló's own party says it's prepared to begin impeachment proceedings if he committed any crimes.

"The (impeachment) report is in the Capitol building. At any moment we will have it in our hands," said Puerto Rico Rep. Jose Melendez, a member of the governor's New Progressive Party. "As soon as we receive it, if there are illegal acts in the chats, we will begin impeachment unless the governor resigns beforehand."

House Speaker Carlos Johnny Mendez told reporters Wednesday afternoon, "I just received the document, I haven't read even the first line." Enrique Colón, one of the lawyers Mendez appointed to deliver the report, said the legal group's recommendation "effectively" is to proceed with impeachment.

Thousands have jammed the streets of San Juan calling for the governor's resignation after Puerto Rico's Center for Investigative Journalism published a series of group messages between the governor and his inner circle that included homophobic and misogynistic language and jokes about Hurricane Maria victims.

Public Affairs Secretary Anthony Maceira previously declined to confirm the report that the governor is stepping down, restating Roselló's Tuesday remarks that "he is in a process of reflection and listening to people."

"The governor has not resigned," he said. "Whichever decision he makes will as always be communicated officially. There's a frenzy right now and a lot of incorrect rumors being spread, even by some media outlets."

Demonstrators have said they're determined to stay on the streets until Rosselló steps down. They're fed up with years of government corruption, high poverty rates, crushing debt and a painfully slow recovery since the 2017 disaster, they say.

Early Wednesday morning, an energetic crowd filled the streets outside the governor's mansion waving flags and banners after news of the governor's anticipated announcement broke.

His chief of staff resigned

The news comes a day after Rosselló's chief of staff submitted his resignation, effective July 31.

Ricardo Llerandi Cruz wrote in his resignation letter: "The last few days have been extremely difficult for everyone. At this historical juncture it is up to me to take the welfare of my family into consideration. The threats we've received can be tolerated as an individual, but I will never allow them to affect my home."

Protests on the US territory have been ongoing for more than a week -- and older protesters said Monday's demonstrations were among the largest they've ever seen.

Rosselló said Sunday that he would remain in his position, but would not seek reelection in 2020. He also resigned from his position as president of the new Progressive Party.

Demonstrators said the leaked messages were just one of many reasons why Puerto Rico's leadership needs to go.

Education Secretary Julia Keleher and Angela Avila Marrero, executive director of the island's health insurance administration, had resigned prior to their arrests.

Corruption ran deep in the territory years before this administration.

Many Puerto Ricans remember the scandal-plagued tenure of the governor's father, Pedro Rosselló, who served as governor in the 1990s.

"We march for all Puerto Ricans," said Mariana Rivera, 77, as four of her teenage grandchildren pushed her wheelchair under a blistering sun along Las Americas expressway Monday. "What will we leave for our children?"