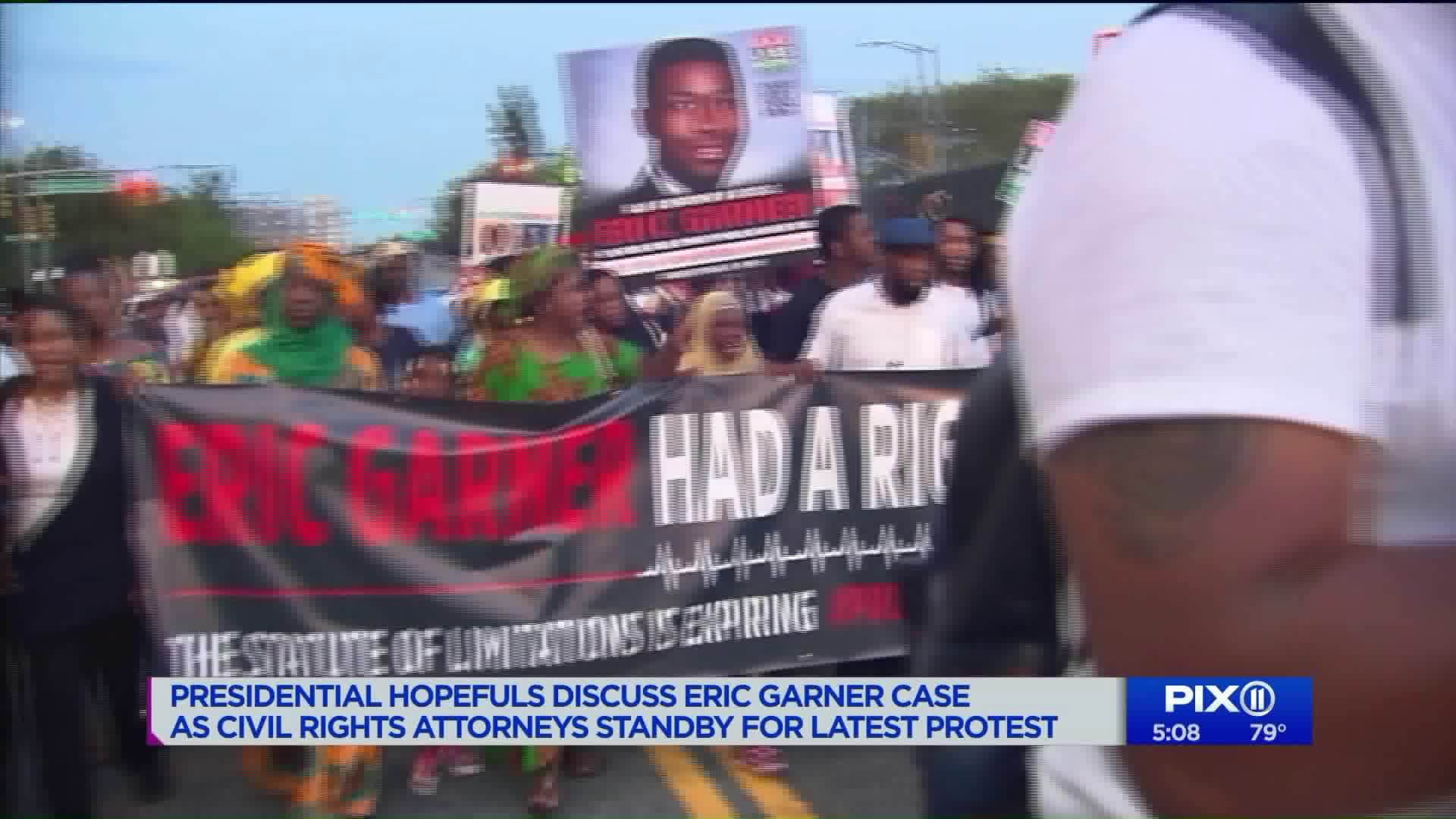 Amid another day of protests, candidates for President of the United States discuss the case of Eric Garner. 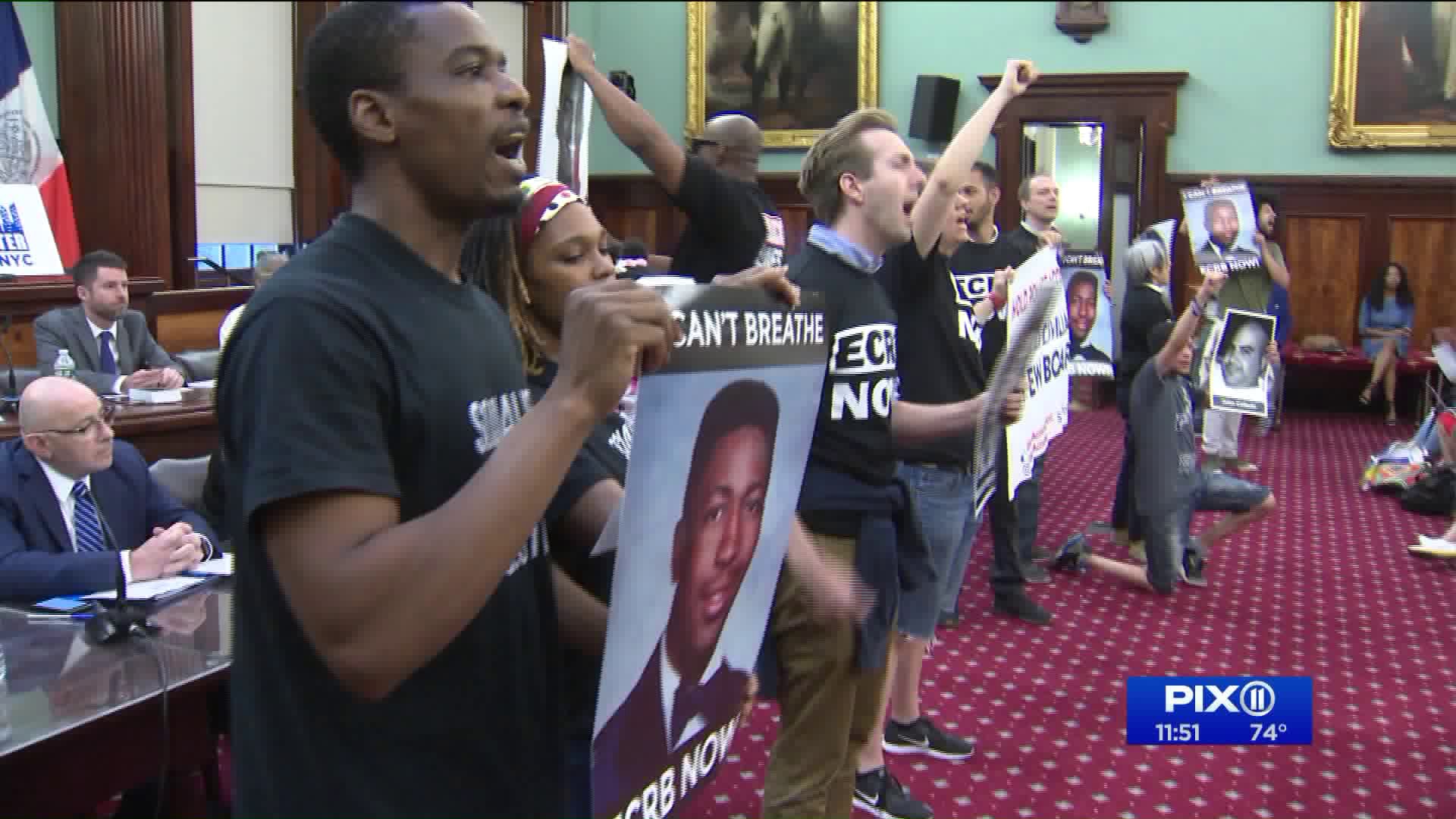 MANHATTAN — Eric Garner's case is in the spotlight of the 2020 Presidential race.

Today, 10 White House contenders spoke at the NAACP's National Convention. Several candidates, from Cory Booker to Kamala Harris, condemned how the case has been handled.

"I was just actually with Eric Garner's mother yesterday," the California Senator and former state Attorney General said. "In a Harris administration, we will require independent investigations of these cases."

New York City Mayor Bill de Blasio, himself a candidate for the White House, was not among the candidates attending.

Vermont Sen. Bernie Sanders blasted the DOJ when they closed the Garner case last week, saying it pained him.

In the wake of that decision, Garner's mother spent yesterday on Capitol Hill lobbying for criminal justice reform.

"Not all police are bad but we have to get the bad ones out and make them stand accountable for their misconduct," she said.

For 5 years, the actions of Officer Daniel Pantaleo have been under public scrutiny and investigation. In 2014, a Staten Island grand jury decided not to indict Pantaleo. Last week, the feds said there was no evidence Pantaleo acted with intent.

Garner's supporters have called for 11 days of outrage. Today, several national civil rights attorneys will be standing by as the latest demonstration gets underway. They include the attorney for Trayvon Martin's family, Ben Crump.