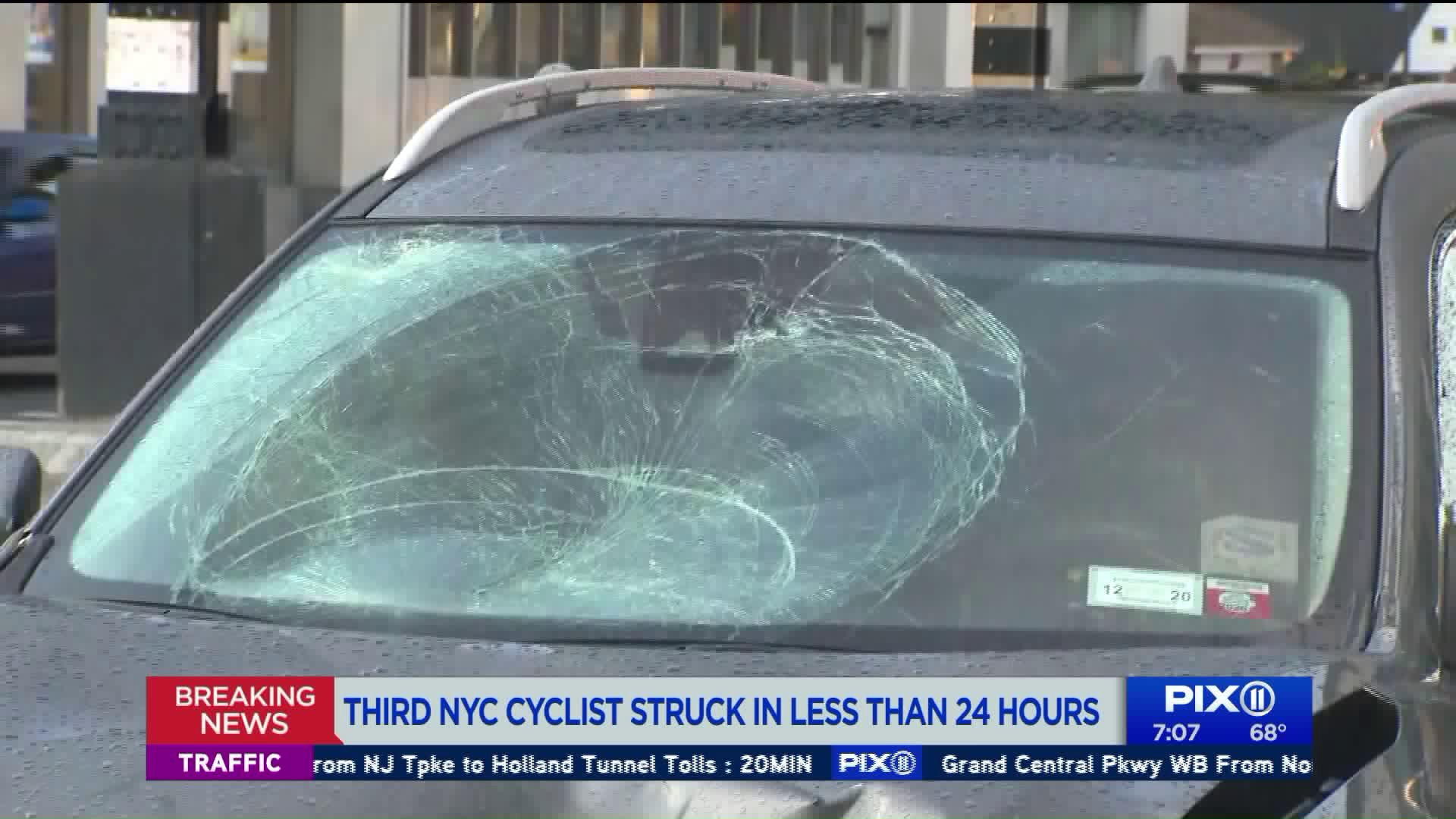 Police say a 28-year-old man riding his bike was struck by a vehicle in Queens around 1:10 a.m. Wednesday, July 24. The cyclist was hit at the inersection of Jamaica Avenue and Woodhaven Boulevard, in the Woodhaven neighborhood. The man was rushed to Jamaica Hospital and remains in critical condition Wednesday morning, police say.

WOODHAVEN, Queens — Police say a cyclist is in critical condition Wednesday morning after being struck by a vehicle in Queens, becoming the third bike rider hit by a vehicle in New York City in the past 24 hours.

The 28-year-old Queens man was riding his bike in Woodhaven when he was struck around 1:10 a.m. Wednesday, near the intersection of Jamaica Avenue and Woodhaven Boulevard, police said.

The cyclist was rushed to Jamaica Hospital Medical Center with injuries to his head and body, where he remains in critical condition Wednesday morning, according to authorities.

Police said the vehicle involved in the collision stayed on the scene and was given a breathalyzer.

No tickets have been issued and no arrests have been made, but the investigation is ongoing, police said.

PIX11's Kirstin Cole is on the scene Wednesday morning, where she took video of a damaged SUV believed to be involved in the collision.

Deadly 24 hours: A 28 year old man clings to life this morning after colliding with an SUV in Woodhaven, Queens overnight. 2 other cyclists died in crashes in Greenpoint, Bklyn & Staten Island. No arrests were made. Live @PIX11News 4:30-9am pic.twitter.com/EwCg4F0ikC

The identity of the victim and driver are not known at this time.

Two cyclists – including a teen – were fatally struck by vehicles in the city on Tuesday, bringing the number of bikers killed by vehicles on New York streets so far this year to 17, more than the total number of cyclists killed in all of 2018.