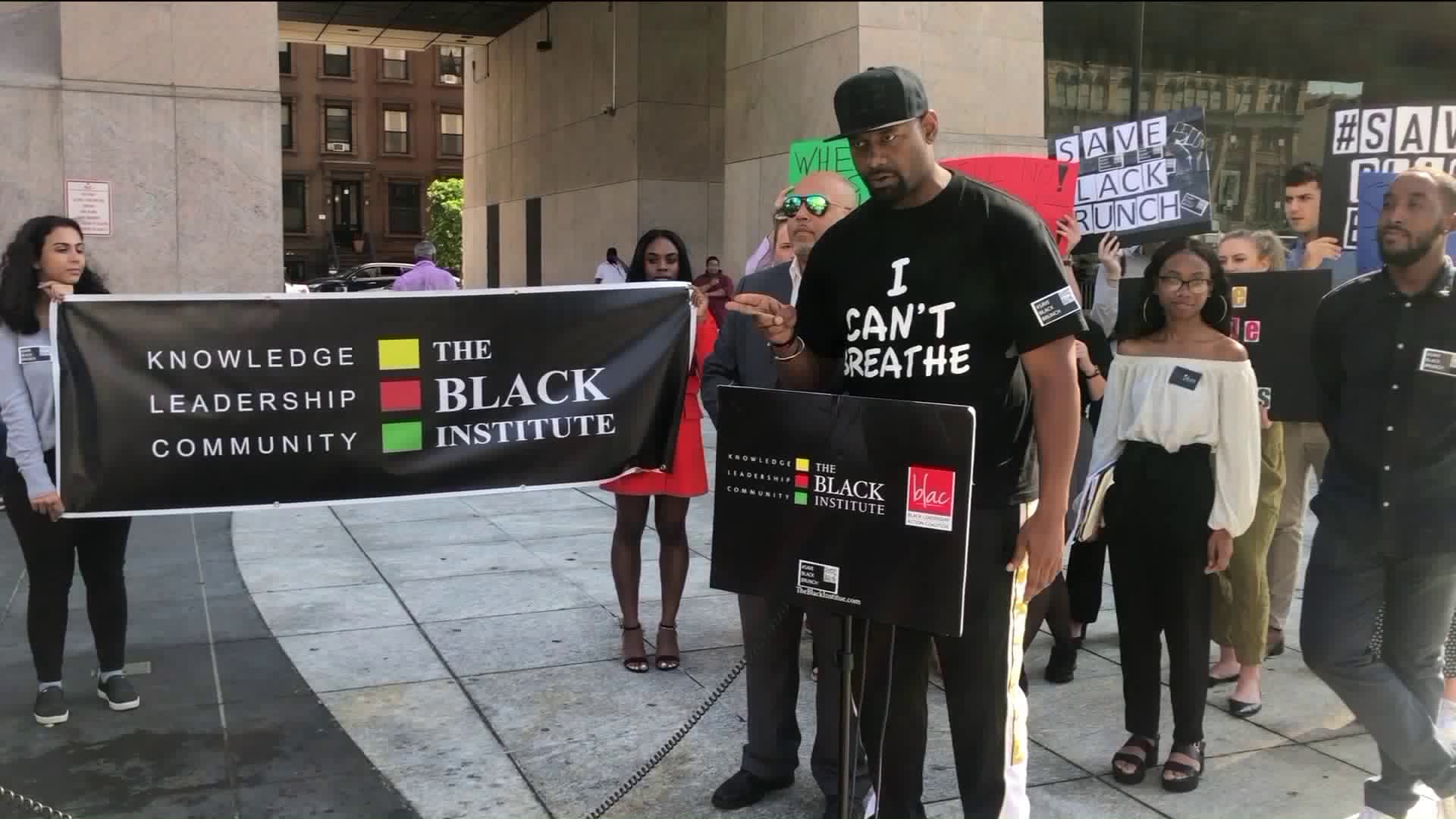 A battle over brunch is brewing in Park Slope.

PARK SLOPE, Brooklyn — For those who’ve been, brunch at Woodland Restaurant in Park Slope is an event.

Every weekend, raucous scenes unravel inside and out of the popular eatery on Flatbush Avenue which is just a few blocks from Barclays Center. While it may look like a fun time, neighbors and local officials say they have had enough with the rowdy patrons and loud music.

A hearing held Wednesday with the State Liquor Authority was set to determine the future of the establishment’s liquor license. Its been in jeopardy in recent months after years of complaints lodged against Woodland’s owner which include noise, accusations of over-serving and violations of the so-called “cabaret law” which critics call antiquated legislation.

Advocates with The Black Institute and Black Lives Matter claim the brunch spot which attracts a mostly young and black crowd, is being targeted because of its clientele. In response they’ve launched an online petition, spreading the word by using the hashtag #SaveBlackBrunch.

“By making your neighbors unhappy all you need is a black business in a community that is turning white,” Hawk Newsome, President of Black Lives Matter of Greater New York told reporters outside the SLA hearing. “We are here to say enough is enough.”

Morgan Flores, a community organizer, launched the online petition that has garnered over 3000 signatures. According to her, the data being collected should be taken with a grain of salt.

In fact, according to New York City’s Open Data, of the 510 311 noise complaints made against Woodland since 2014, less than half were substantiated by responding officers from the 78th Precinct which is just a block away from the restaurant.

Council member Brad Lander and Assemblywoman Jo Ann Simon were among the elected officials who signed a letter calling for SLA to suspend Woodland’s liquor license. Both declined interviews but provided a joint statement to PIX11 claiming that Woodland’s owner Akiva Ofshtein “has refused to address years of community concerns, despite repeated requests to comply with relevant laws.”

“Mr. Ofshtein, who is white, chose to hire a lobbyist to manufacture a race issue for his own profit, rather than simply be a good neighbor.”

in response, Ofshtein told us he is not the one  injecting race into this equation. He pinned it on what he called a “wealthy group” of residents who object to the type of patron he attracts.

The SLA did not come to a final decision Wednesday. Another hearing has been scheduled for next month.