Advocates, first responders react to Senate passing 9/11 compensation fund: ‘This is for them.’ 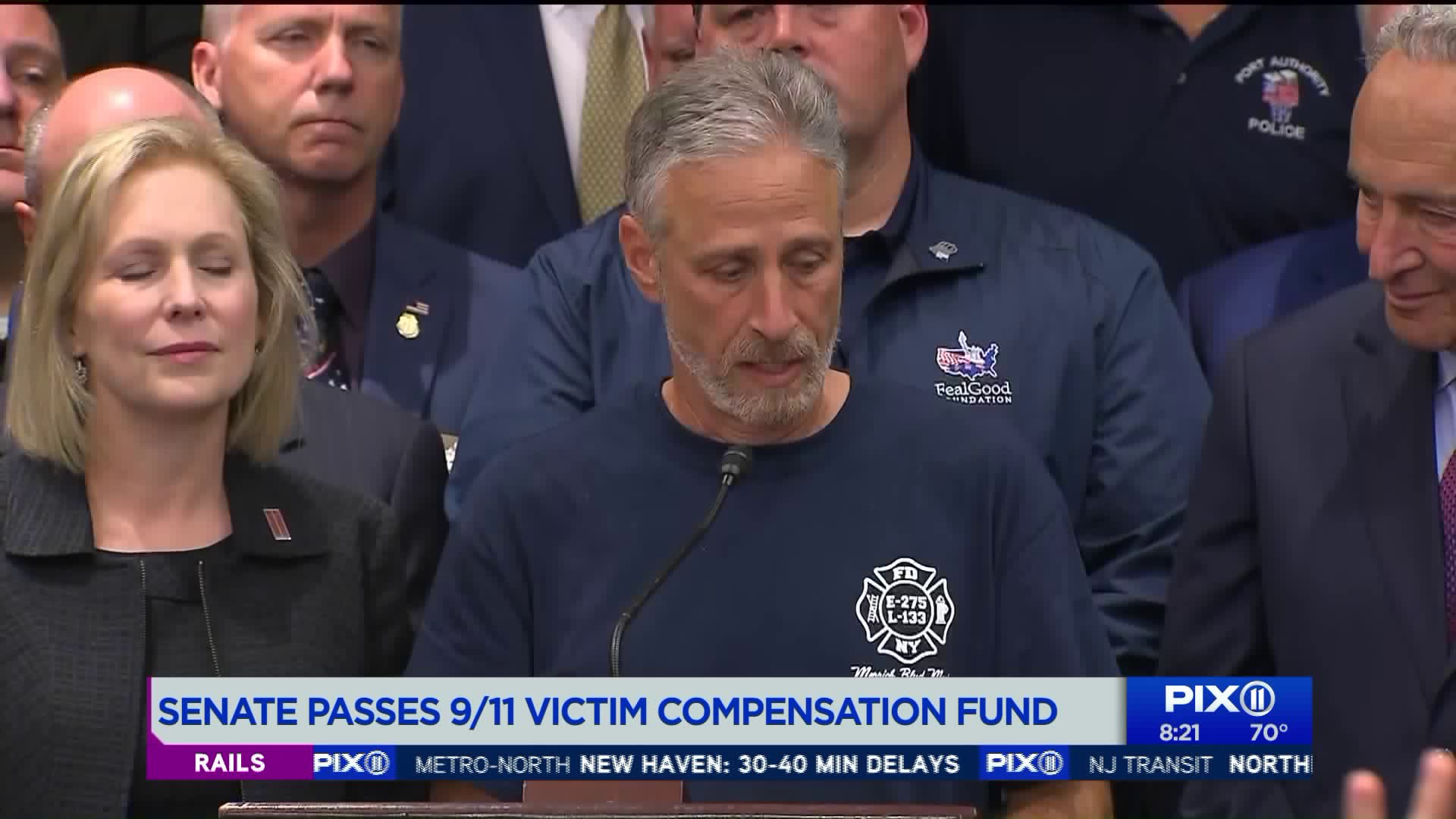 A day after the Senate voted to pass the 9/11 Victims` Compensation Fund, first responder Lt. Michael O`Connell and Attorney Michael Barach talk to PIX11 about what this means to the community.

NEW YORK — One day after the Senate voted to pass the 9/11 Victims' Compensation Fund, advocates have expressed relief, saying it will help thousands of victims.

“I’m happy. I mean, being a fireman, all my brothers that we lost, the many that I know that still haven’t been sick, this is for them. It gives us comfort knowing that their families are going to be taken care of,” said first responder and member of the John Feal Foundation, Lt. Michael O’Connell.

The passing of the bill, which will give victims 100% compensation, is “huge,” O’Connell said.

On Tuesday, the Senate passed a bill by a vote of 97-2 to fund the 9/11 Victim Compensation Fund for decades, permanently compensating individuals who were injured during the 2001 terrorist attacks or the cleanup and rescue efforts. The bill had passed the House earlier this month, and President Donald Trump is expected to sign it.

“They really showed their true colors.”

He also mentioned that the bill will help all students, workers and survivors affected by the attacks.

“This bill helps the downtown students, the residents, the 300,000 office workers who may have been reluctant to make a claim — this is for them too.”

Not only are students at Stuyvesant High School getting sick, students from 11 other public schools south of Canal Street, as well as students from the Borough of Manhattan Community College and Pace University are getting the same cancers that people at the fire house are getting, Barach said.

O’Connell expressed his gratitude to comedian Jon Stewart and John Feal, who “put the 9/11 community on their backs, and they carried us all the way to the finish line.”