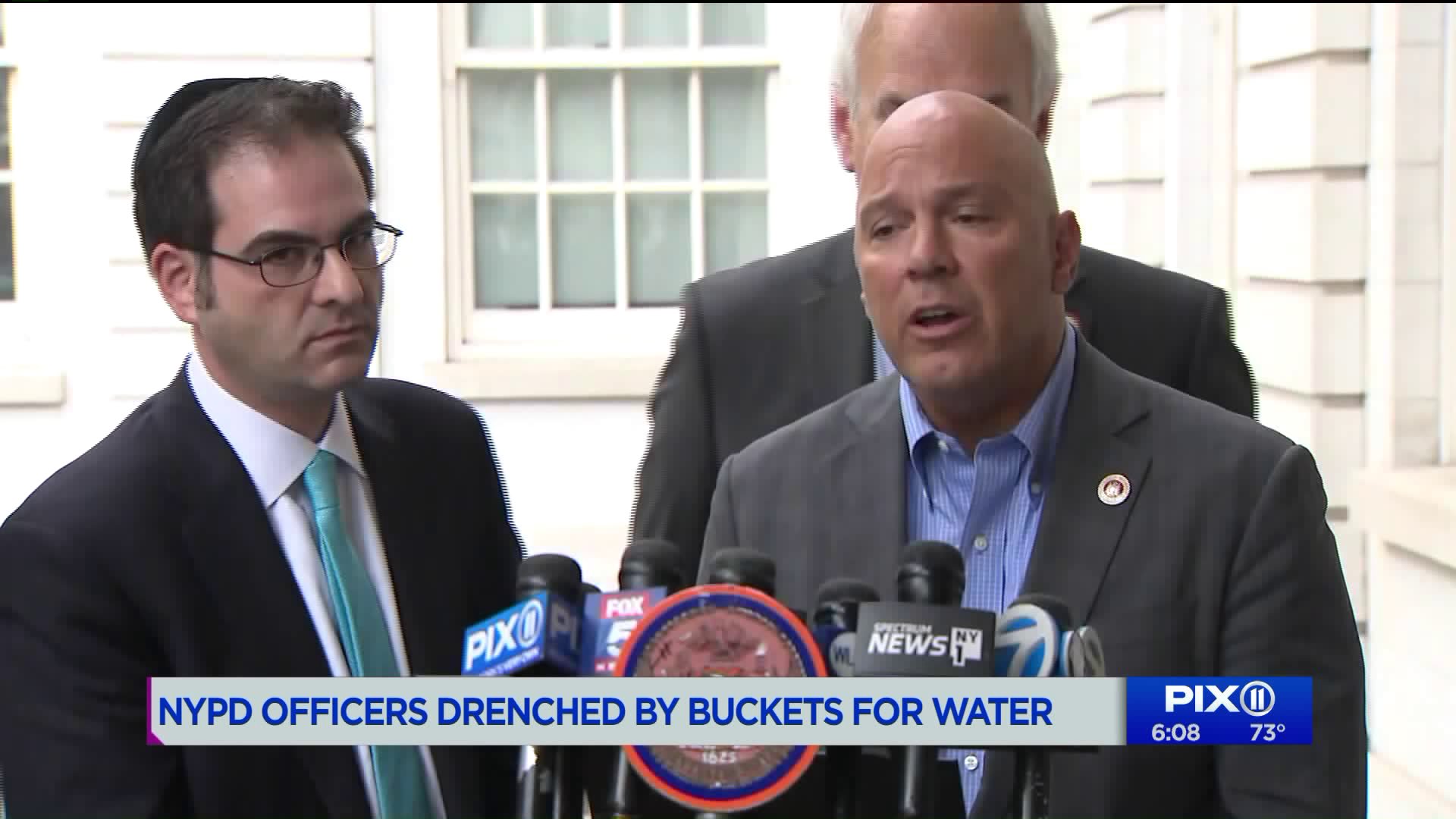 Police have released photos of three men wanted for questioning in connection to one of a series of assaults on NYPD officers involving buckets of water.

NEW YORK — Police have released photos of three men wanted for questioning in connection to one of a series of assaults on NYPD officers involving buckets of water.

The photos released are wanted for the incident that took place in Harlem on Sunday evening. At around 8 p.m. uniformed officers from the 28th Precinct were completing an arrest when three unidentified men doused the officers with water and threw a bucket, striking one officer in the head. That officer suffered pain and swelling to the back of his head, according to police.

The men then fled the location in an unknown direction.

Another video of officers being doused with water came out of Brooklyn. There is no word from police on whether these men were involved in that incident.

Mayor de Blasio retweeted Chief Monahan stating this is “completely unacceptable” and “we won’t tolerate this kind of disrespect.”

More lawmakers are chiming in on the attack Tuesday.

"It showed the total disrespect for police officers and for law and for just proper decorum," said Councilman Robert Holden.

"That attack was an attack on all men and women of the NYPD," said Councilman Eric Ulrich. "The people who are responsible for these crimes should be prosecuted. They need to be held accountable and yes, they need to be charged with a felony."

"I just think there's a time for voices to be heard with reason, to say that's not acceptable. And if it was done to anyone, we would be here," said Councilman Paul Vallone. "Justice is justice for all and that's what we're saying."

Anyone with information in regard to the identity of the males is asked to call the NYPD's Crime Stoppers Hotline at 1-800-577-TIPS (8477) or for Spanish, 1-888-57-PISTA (74782). The public can also submit their tips by logging onto the CrimeStoppers website at WWW.NYPDCRIMESTOPPERS.COM, or on Twitter @ NYPDTips.