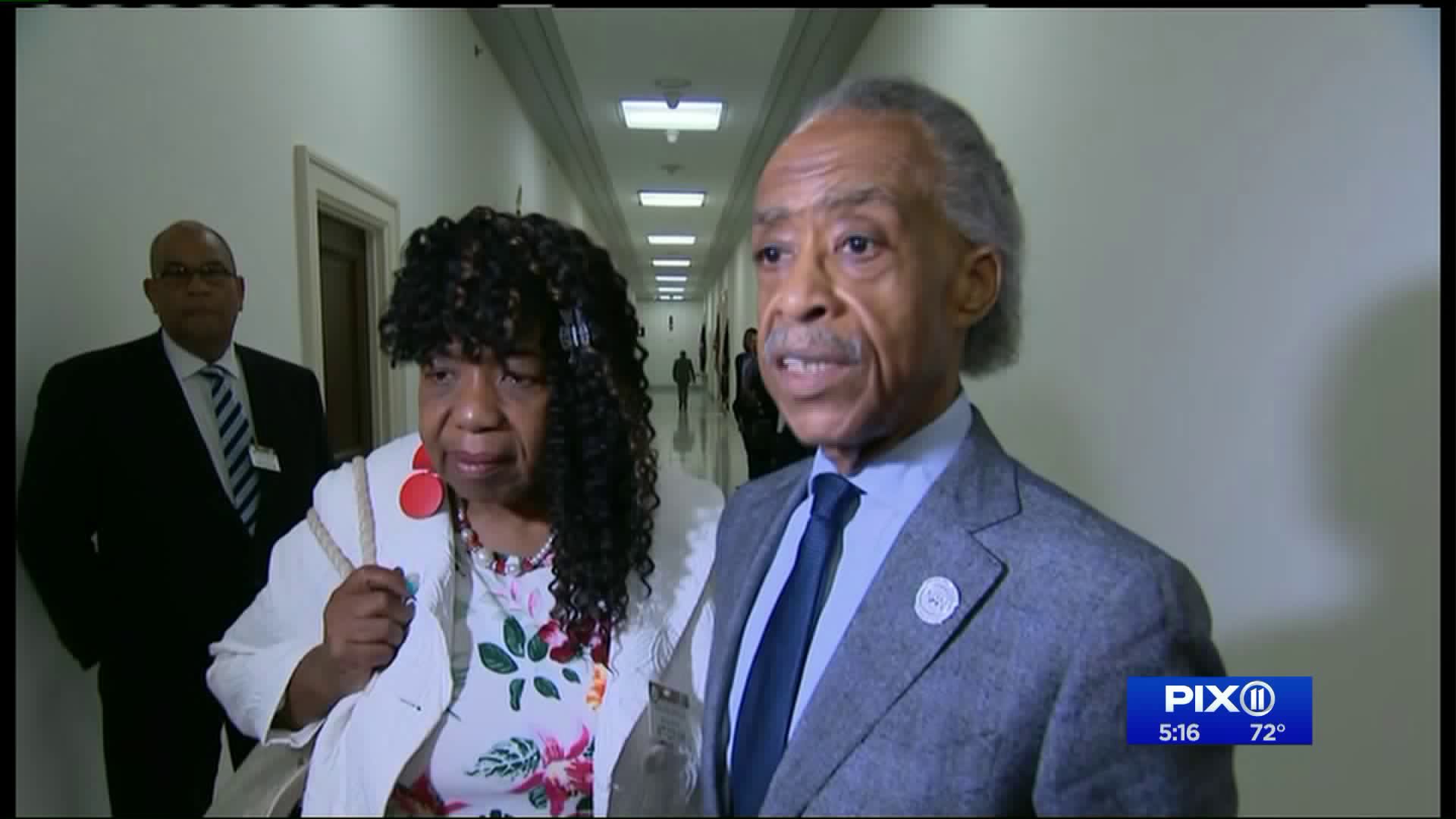 WASHINGTON — Eric Garner's mother, Gwen Carr, joined Rev. Al Sharpton in the nation's capital Tuesday to meet with members of Congress in an attempt to get justice for her son.

"Not all police are bad but we have to get the bad ones out and make them stand accountable for their misconduct," Carr said.

Last week, Garner's supporters called for 11 days of outrage after federal prosecutors said they would not file any charges against police officer Daniel Pantaleo, the officer who placed Garner in a chokehold as Garner said "I can't breathe" on that fateful day in 2014.

"I'm so pleased that they are going to take the time to have these meetings, because we need this," Carr said.

While the meetings were going on, protests continued outside New York City Hall, led by Garner's children Emerald and Eric Jr. At one point, police held them back as they approached the roadway of the Brooklyn Bridge.