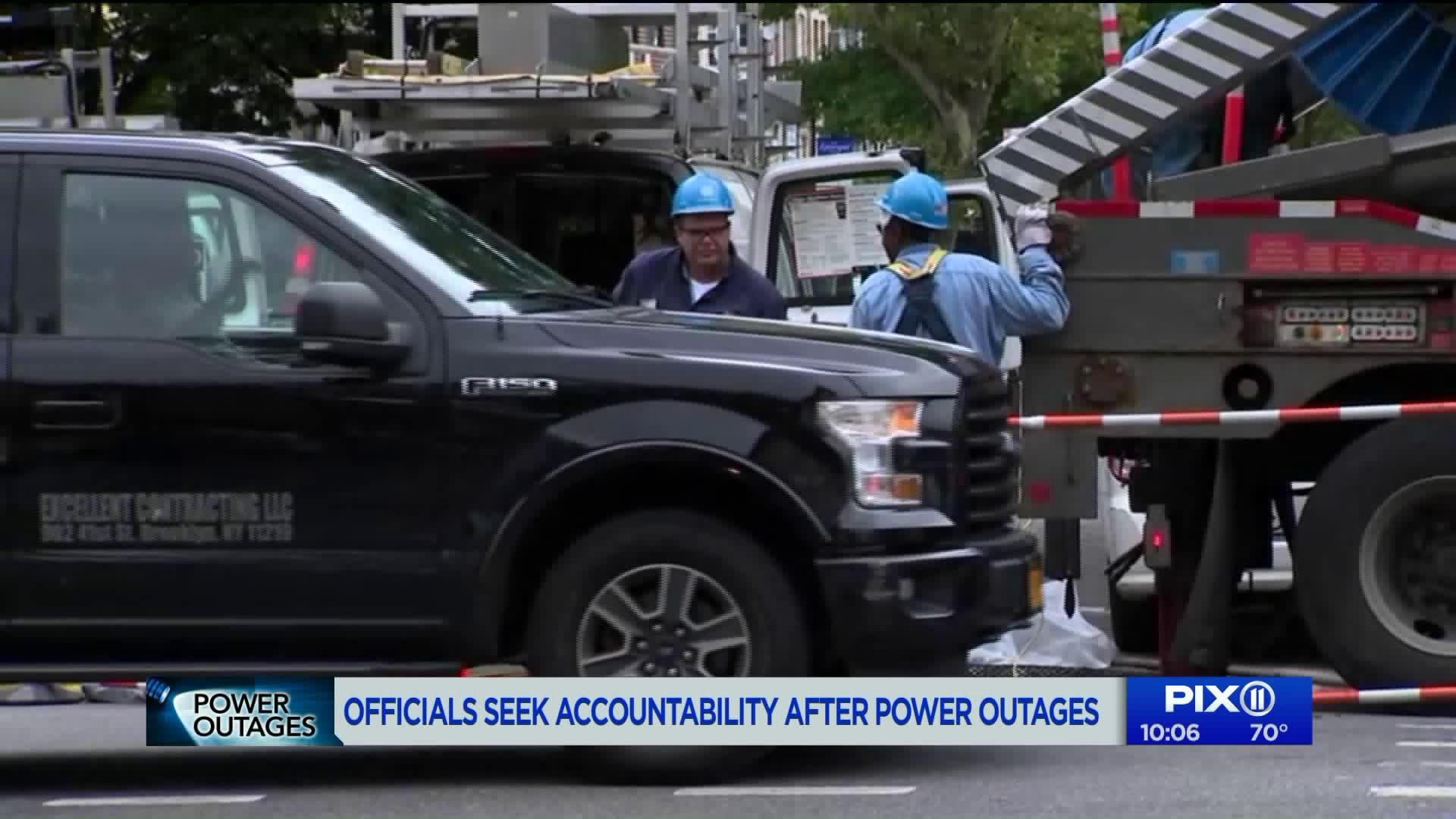 JAMAICA, Queens — Jamaica was one of the harder hit areas of the city during Monday night’s storm.

While most of the power is back there, the damage being done. Pockets of Brooklyn are also still struggling with power outages from the heat wave over the weekend.

The power had just come back on near the South Jamaica Houses after the heat wave left many in the dark. Then sudden a fierce wind and rain event knocked the power back out

Everything was restored by 2 a.m. Tuesday morning, but not before wiping out what was on the shelves inside Nieves’s butcher shop, a $3,000 loss.

Still feeling the pain are the hundreds who live along Hawthorne Street near Nostrand Avenue in Crown Heights.

The block was taken off-line during the heat wave by Con Edison to prevent more damage to failing equipment.

However, neighbors said the utility has only so far restoring low voltage— and claimed the problem is resolved.

Most buildings were not getting enough juice to properly run air conditioners, elevators, and refrigerators.

“The city has tried to respond to this crisis, tried to provide the resources, but they can only respond to what they know,” said one state Senator. “What they know is what Con Edison has been telling them, and that’s been a lot of misinformation.”

Con Edison’s digital outage map was also down most of Tuesday.