Community leaders rally around Hindu priest who was beaten 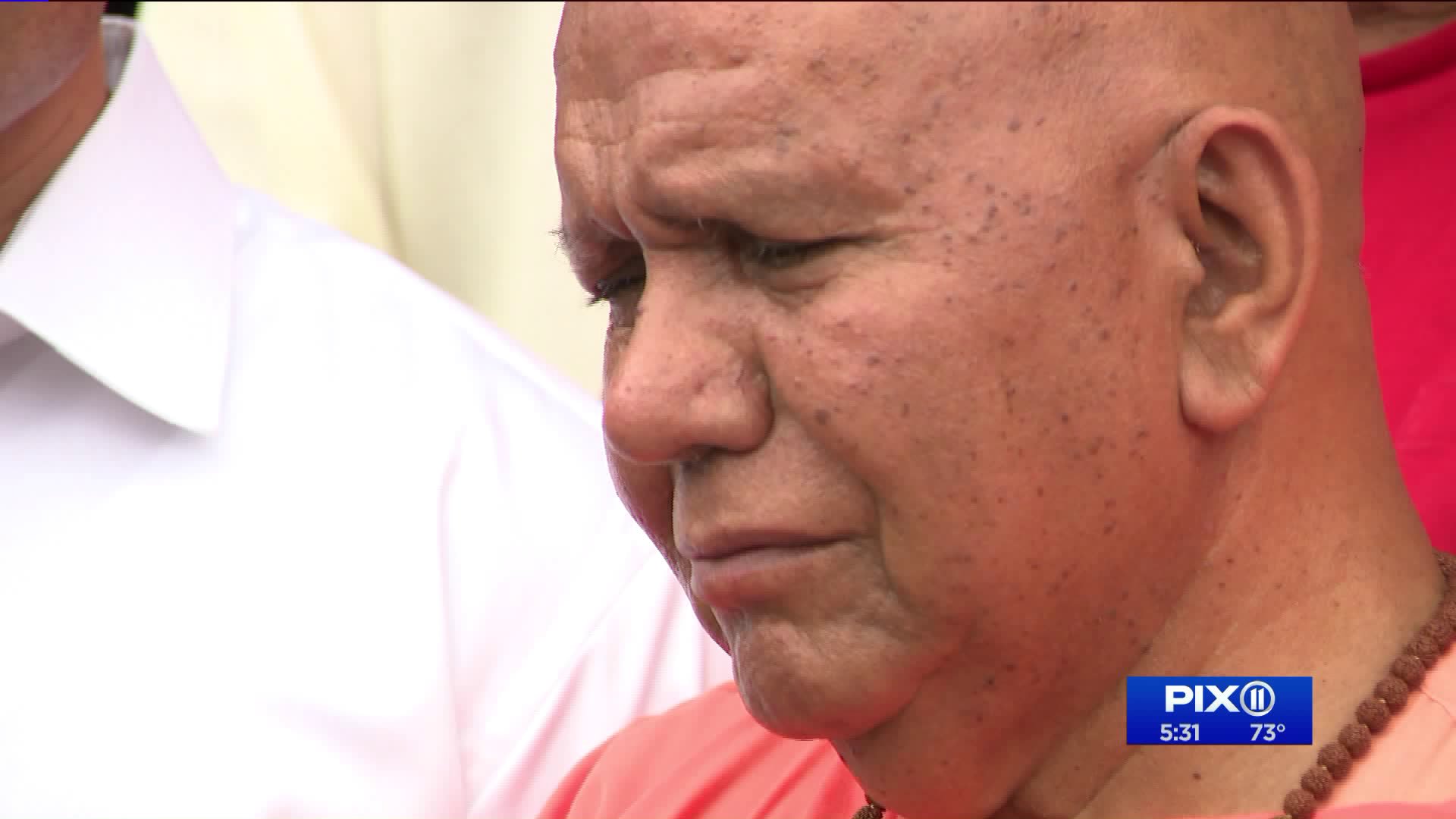 Thursday, near the Shiv Shakti Peeth in Glen Oaks, while he was walking down, a Hindu priest was beaten so badly, he had to be rushed to the hospital.

QUEENS — He still bore the marks of a brutal assault, but Swami Ji Haris Chander Puri only wants to share a message of peace, love and forgiveness.

"Everywhere in this world it is happening, this type, but it is okay," he said Tuesday. "If you are safe, then God bless."

Last Thursday, the Hindu priest was out for his daily morning walk, just blocks from Shiv Shakti Peeth Temple in Glen Oaks, wearing his religious attire. That's when 52-year-old Sergio Gouveia allegedly came up from behind, hit and beat the Swami repeatedly with an umbrella.

"They hit me on the sidewalk and beat me at full speed," he said.

He was rushed to the hospital and just one day later sat down exclusively with PIX11’s Jennifer Bisram, saying he forgave his attacker.

"Sometimes people have no control," he said.

While the perpetrator was arrested and charged with assault and harassment, police have not deemed the attack a hate crime. Some lawmakers want just that.

"I have seen too many of these things to think it was a random act of violence," said State Sen. John Liu. "If someone is targeted because of religious robe and couple of blocks from temple where he resides it is difficult to believe this was random."