Thousands still without power across NYC 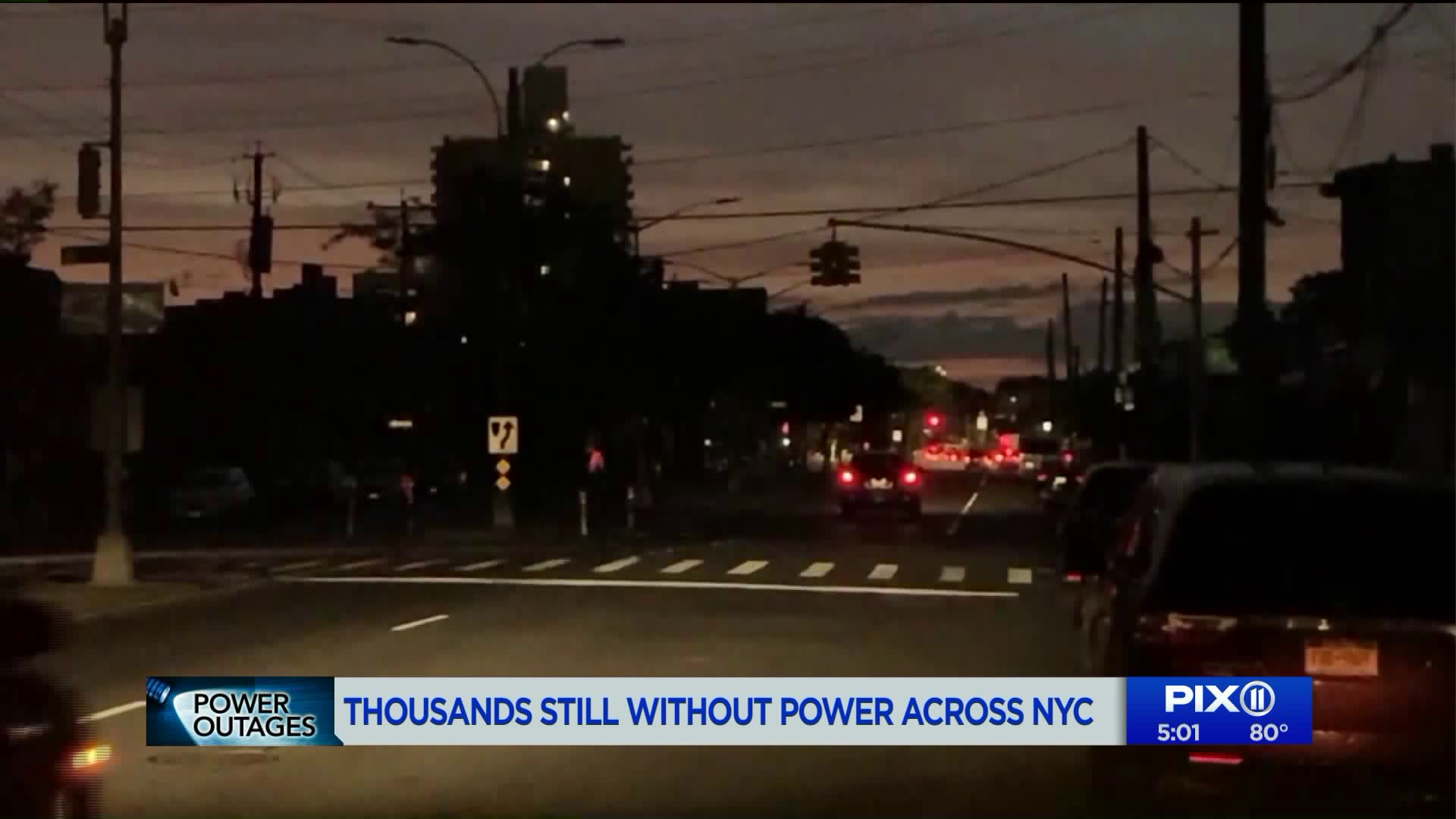 More than 50,000 Con Edison customers were without power on Sunday night. The utility also shut off power for thousands. Con Edison said in a statement Monday that disconnecting power was "necessary to prevent longer outages" that would have occurred as a result of additional equipment damage.

Thousands are still without power and severe weather Monday evening could cause some issues for restoration. It's, in part, why full restoration for every last customer is not expected until at least 3 a.m Tuesday.

Customer Lorena Notaro said that she's trying to take it all in stride, even though her businesses, Battista's Restaurant and Aliota's Pastry Shop on Avenue N, were impacted

"If they gave us the heads up, if they didn't, it is what it is. We're here and hopefully it goes back on soon," she said.

Unlike last weekend's outage in the Upper West Side, which was caused by equipment failure, this latest one was blamed on heat. A three day long heat wave overwhelmed a part of the city's power grid. The outage predominantly hit Bergen Beach, Mill Basin, Flatbush, Flatlands and Canarsie. At its peak, 30,000 in the area were impacted.

Notaro joined others to salvage perishables by picking up dry ice supplied by Con Ed. Each person was limited to one bag containing two bricks of dry ice and businesses were limited to two bags.

"Sometimes with equipment you can't always predict what might not make it through a heat wave," explained Con Ed Spokesperson Michael Clendenin.

Clendenin explains what occurred Sunday is something called load shedding. After realizing a strain in one particular area, Con Ed engineers made the decision to shut off power in order to prevent a larger outage that would only be more difficult to repair.

"The answer to the 'why them' is because that was the equipment that was in danger of getting damaged," said Clendenin.

This is different from what is known is a rolling blackout, which is a preplanned outage by a utility company. In that case, customers are alerted in advance of the timing in order to relieve stress on a system during high demand

"Unfortunately in situations like this, it is very difficult to communicate what's about to happen in your area. When equipment goes out, it happens instantaneously and engineers are watching to see if anything else goes out," explained Clendenin.

For anyone looking for any compensation, ConEd says you can go to their website and file for a claim but you must have been without power for 12 or more hours.