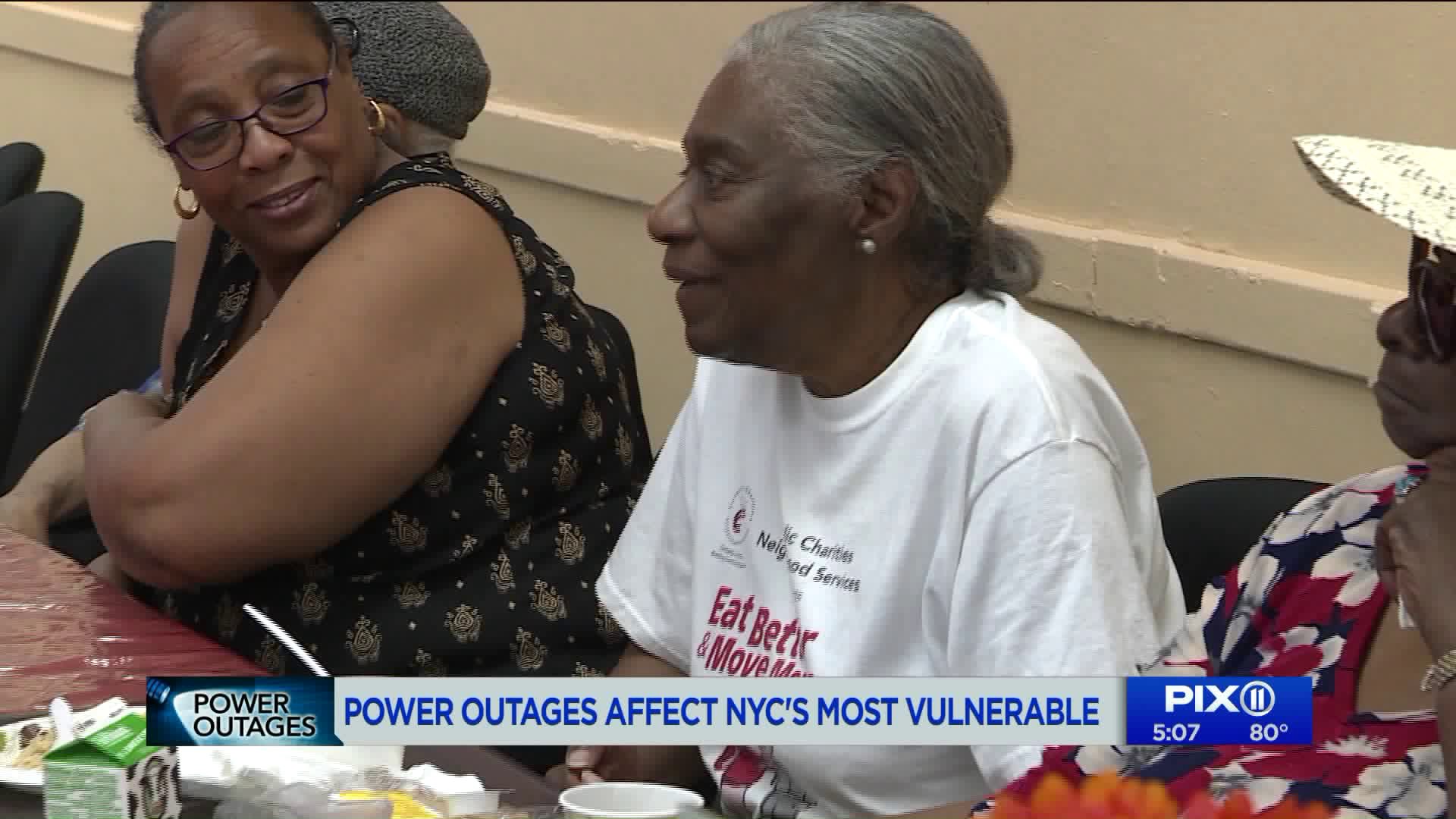 New Yorkers with medical issues were feeling the pain Sunday when power went out across New York City neighborhoods in sweltering weather. Some of them were still without power on Monday evening and went to local hospitals to wait out the outages.

FLATLANDS, Brooklyn  — It’s been a rough 24 hours for Beulah Reid.

The Brooklyn resident was among the thousands who lost power Sunday night after Con Edison deliberately cut electricity to parts of the borough in an effort to avoid widespread equipment failure during the heat wave.

Reid, who suffers from Chronic Obstructive Pulmonary Disease, was forced to flee her home, seeking refuge at the Glenwood Senior Center in Flatlands.

If power isn’t restored by Monday night, she’s admitting herself into the hospital.

“That’s the only way I could get oxygen, my nebulizer, my vaporizer,” she explained. “I have to have all those things, it’s very difficult for me.”

Reid isn’t alone. She’s one of many Con Edison customers who rely on life sustaining equipment. Losing power is not an option for them.

Mary Paterson, who lives on a fixed income, is worried about her food.

“I am going to have eye surgery in just two weeks so I stored all the food that I have in the freezer," she said. "I hope it will stay good."

Over at the Millennium’s Mill Basin Neighborhood Senior Center, card games and dominos helped seniors pass the time as they waited for power to be restored.

“They don’t care about the older people,” Harriet Walerstein told PIX11. “When I saw the lights go out, I started crying. I really was, what was I supposed to do?”

A spokesperson for Con Edison said many of the impacted seniors and customers with special needs should have registered for special services ahead of time with the utility.

Its an option that many told us they didn’t even know existed.

“This is one of those situations that causes more deaths,” Greta Salcedo said.

Salcedo is the primary caretaker for her adult son Carlo; he has cerebral palsy. Their night was a nightmare, she said.

“One time he almost died with high heat, high temperature and with no power, it was terrible the situation,” she said.

According Con Ed, power is expected to be restored to most of the borough by 3 a.m. Tuesday.

Customers who are in need of special services are urged to either call the utility at 1-800-75-CONED or if it’s an emergency, 911.