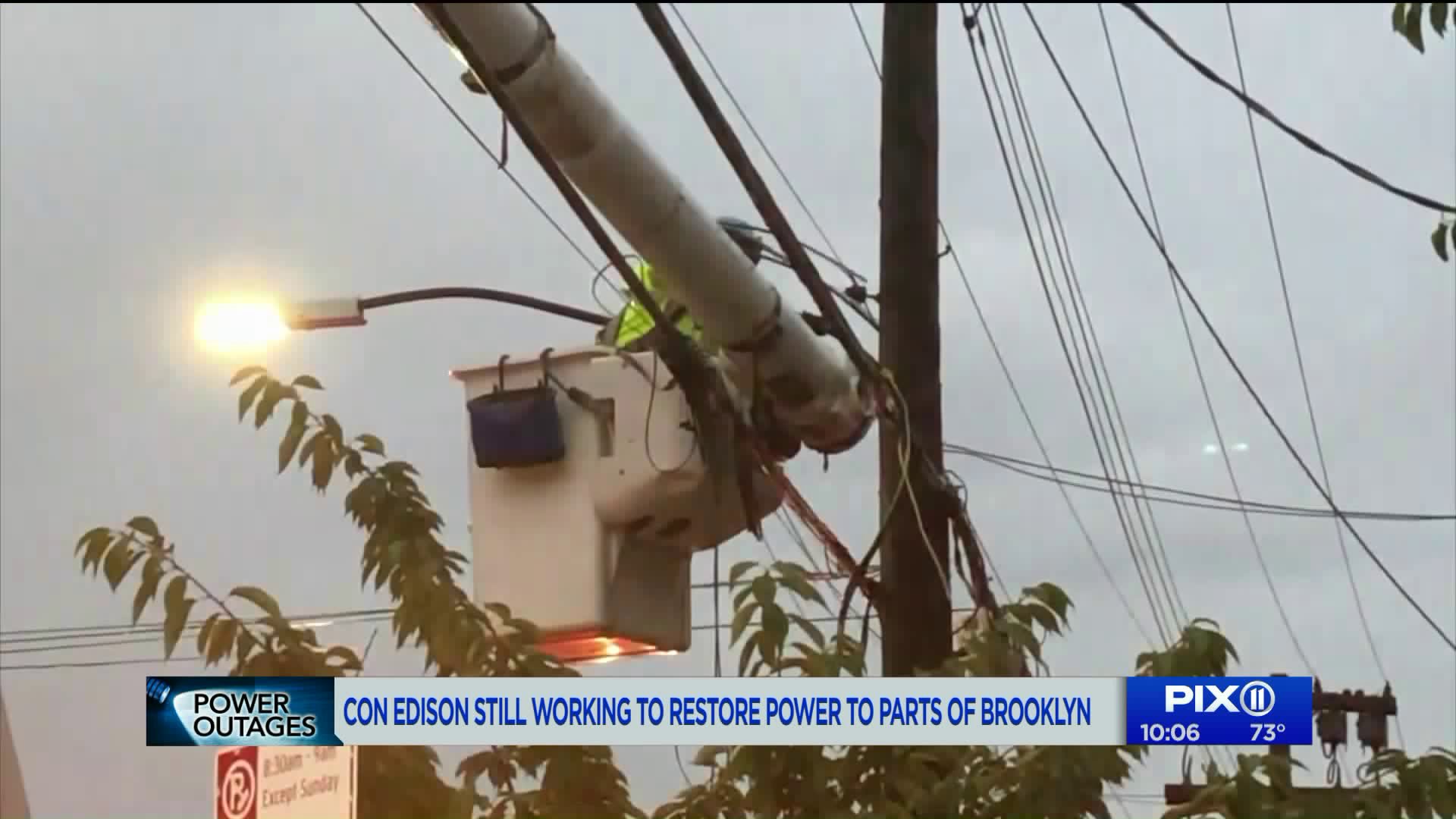 Con Edison crews worked overnight into Monday to restore power to thousands of New Yorkers, but as rain poured in the city, thousands more lost power. Many more were without power in New Jersey. About 300,000 customers in total dealing with outages in the state, Governor Phil Murphy tweeted.

NEW YORK — Con Edison claims they've restored power to 99 percent of the 33,000 customers who were affected by yesterday's outage in southeast Brooklyn.

Nearly 18,000 were without power as of 8:25 p.m. Earlier in the day, less than 8,000 customers were still experiencing outages after heat wave problems knocked out power to more than 50,000 in the five boroughs and Westchester County.

Many more were without power in New Jersey. About 300,000 customers in total dealing with outages in the state, Governor Phil Murphy tweeted.

"We urge all residents without power to make sure their outage is called in and to keep clear of downed lines," he tweeted. "Residents in need of a cooling center or other shelter should call 2-1-1 for the location nearest to them."

The jump in power problems in Queens is likely because of downed tree limbs on power lines, Con Ed spokesperson Sydney Alvarez said.

Earlier in the day, Con Edison said power was expected to be restored to all customers by 3 a.m. on Tuesday. Now the estimated time of restoration is 3 p.m. on Tuesday.

In Monmouth County in New Jersey, about 133,000 who get their power from Jersey Central Power and Light were experiencing outages. About 13,000 PSE&G customers in the Trenton area were also without power.