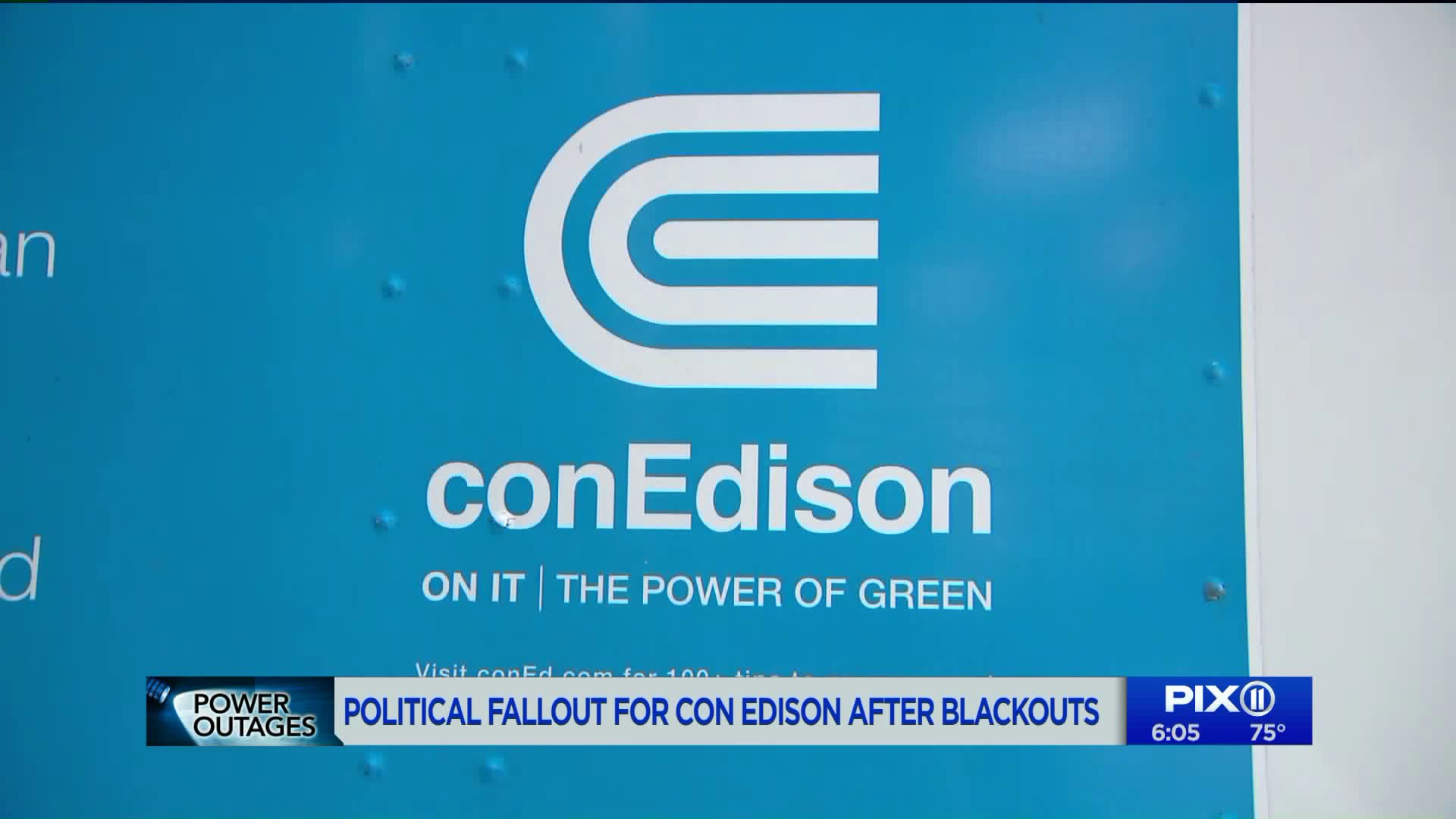 Mayor Bill de Blasio called for an investigation Monday of power outages that came at the end of this weekend`s oppressive heat, saying he no longer trusts utility Con Edison after it decided to turn off power to thousands of customers. De Blasio said the private company is "not accountable to the public in a way a public agency would be."

UNION SQUARE -- It's the fourth largest utility in the country, and after it had back-to-back weekend blackouts on its watch, Con Edison's status, and even its reason for being, are under scrutiny.

On Monday morning, New York City Mayor Bill de Blasio asked if the utility should be replaced with some other energy providing entity. However, perspective offered by a professional analyst of utilities shows that the alternative could actually be worse. It also shows that there are incentives for Con Ed to perform at its best, and when it doesn't, the consequences can be devastating to the corporation.

"It's a publicly traded, investor owned utility," said Paul Patterson, an analyst at the corporate research firm Glenrock Associates. Con Ed, he pointed out in an interview, "answers to shareholders."

It's a big corporation, a business, said Patterson.

Not only does Con Ed have $13 billion in annual revenues and $47 billion in assets, it's also the oldest continuously traded company on the New York Stock Exchange. It's been listed for nearly 200 years, since 1824.

Over that time, it has consolidated -- hence the name -- more than 170 different companies to provide energy -- not necessarily to produce it. Its president proudly pointed out that distinction last Friday, hours before this past weekend's heat emergency hit its peak intensity.

"By any measure," said Con Ed president Tim Cawley, "we are the most reliable electric delivery system in the United States."

In response, the energy analyst and expert said he's heard that claim before, elsewhere.

"This is an argument you hear around the country," Patterson said, adding that while many utilities make that claim, in the end, the assessment for Con Edison is left to one important entity. "The last thing you want is the situation where you have the New York Public Service Commission unhappy with you."

The PSC is the state's watchdog agency for utilities. If it determines that a utility has fallen short of adequately providing energy to customers, at a justifiable price, the PSC issues penalties, which can strongly affect the bottom line of a utility like Con Ed -- a company set up to make money.

"There's many situations where utilities are penalized," said Patterson. There's even a situation where a company's gone bankrupt."

He cited the case of Pacific Gas and Electric, which declared Chapter 11 bankruptcy earlier this year, after it suffered financially when it was penalized by California's utility watchdog due to PG&E's role in the outbreak of West Coast wildfires.

Bankruptcy is the worst case scenario for Con Ed if New York's PSC penalizes it strongly enough. Another possible scenario was mentioned by Mayor de Blasio on Monday morning. He said that Con Edison is not adequately providing electricity to its customers.

However, said the utilities analyst, the mayor and others should be careful what they consider.

"It's possible to do that," said Patterson, "but do you really want New York State or New York City owning it?"

He said that the alternative to Con Ed continuing to provide energy as a corporation would be a process called municipalization, where a government, like the state or the city, takes over a company. The MTA is the result of a municipalization.

The result, Patterson pointed out, is that "We have the most expensive subway system" in the world, and it is sub par, he said, laughingly using an alternative phrase that some might find slightly offensive, to make his point.

"Seriously," he added, "what they want to do is tax more."

He said that the current system has built-in incentives for Con Ed to perform as well as it can.

"For the most part," said Patterson, "Con Edison takes seriously its ability to provide what's expected of them. In the city of New York, that's pretty high."