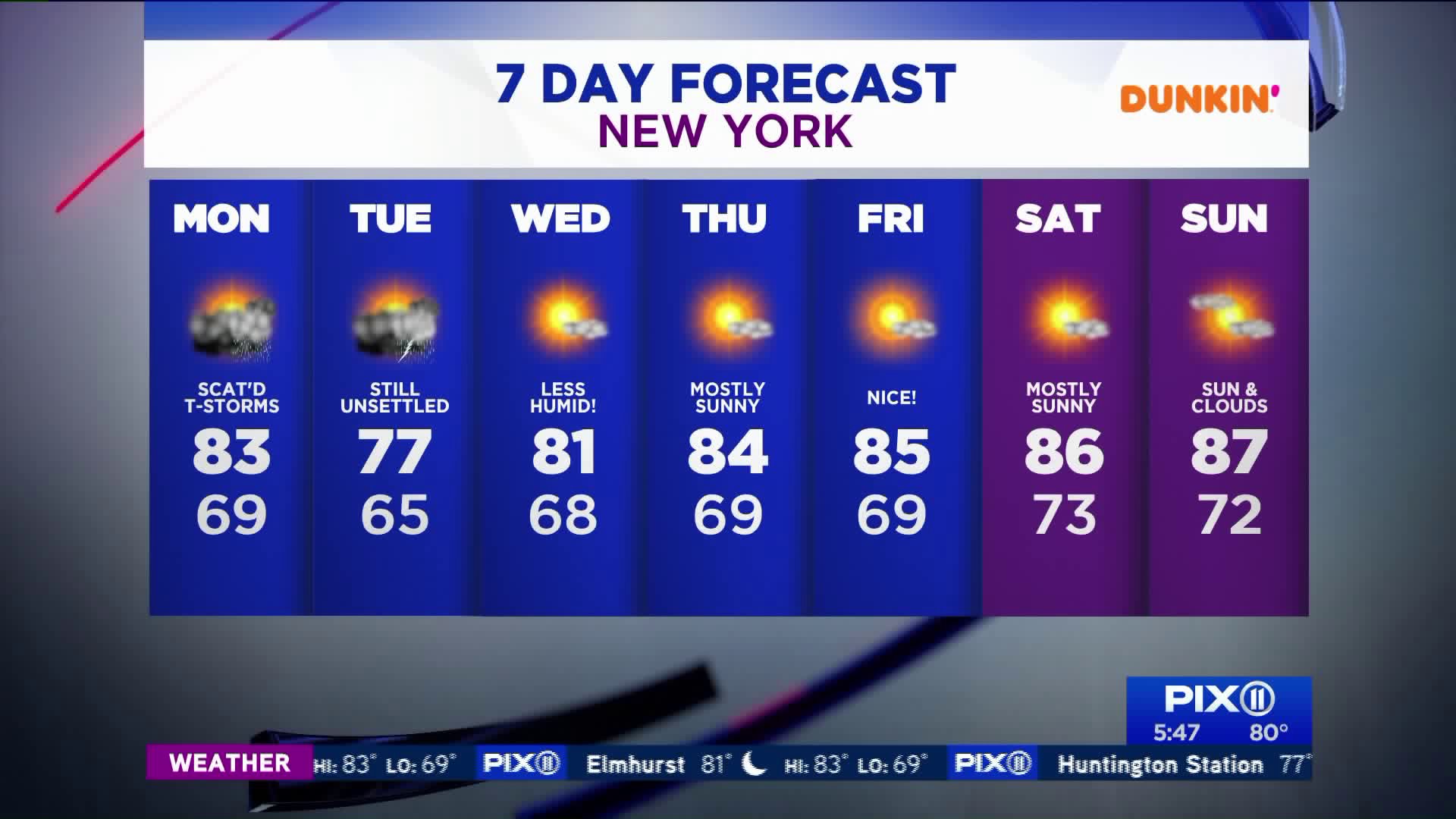 NEW YORK — The National Weather Service issued severe thunderstorm warnings and watches, as well as a flash flood warning for Manhattan, Queens and Brooklyn Monday evening — the first day that could see highs dip below 90 degrees in three days.

NWS issued a flash flood warning for much of the area surrounding the city including Manhattan, Queens,  Brooklyn, the Bronx, Richmond County and Nassau County, as well as Hudson County, Union County, Essex County and parts of Bergen County in New Jersey until 8:45 p.m. Monday.

A severe thunderstorm warning has been issued for The Bronx and Yonkers, as well as Paterson, N.J. until 6 p.m.

A severe thunderstorm watch was issued around 2:15 p.m. for parts of New York, New Jersey, Connecticut and several other nearby states.

Scattered gusts up to 70 mph, isolated hail and "a couple tornadoes" are possible, the weather service warned. The watch remains in effect through 10 p.m.

The flood watch remains in effect for parts of the area through Tuesday morning as heavy rain Monday evening and night could cause flooding of roadways and streets, the weather service warned.

The front that brings these storms is also what will offer slight relief from this weekend's heat wave. Unfortunately, the heavy humidity will remain over most of the area Monday.